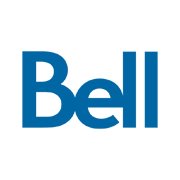 Having problems with Bell?

To Whom It May Concern:

I had service with you only for three moths from July 15 until October 13. I had to change my phone provider because of your confused billing. I used to have a phone with you before and I had the same problem. I paid you $26 on Sept. 15 and $55.72 on Oct. 16.

I think I do not own you any more money and please stop sending me the bills. I had some charges over $9, which had been clarified with Lorna ID number 8952.

I already send you a couple letters asking for clarifying this account and do not send me any more bills because I do not own you money.

If you have any questions please call me at [protected].

I wanted to share my disappointment and dissatisfaction with the "service" provided by Bell Canada. My husband and I relocated to Canada almost one year ago. On arrival, we decided to each get cellphones rather than a landline. We visited the local Bell World store and bought two exact same cellphones, with the exact same cellphone plan. We were also "talked into" buying the extended warranty, as the representative told us that it covered all screen damage and, in his words, the screen would definitely be damaged before the 3 year contract was up. Initially, I had no issues with my phone, but my husband had problems with dropped calls and no reception from day one. He persevered, figuring that maybe it was the area he was in. Nine months after buying our cellphones, my husband was unable to get his screen to come on and took it into the store for repair. He was told that the phone would be sent away and it would take 4-6 weeks, but if any evidence of physical damage was discovered then he would not be covered. He was also told that, although he was covered for a loaner phone, there were none available. He was not happy, but agreed to have it sent out for repair and go without a phone - even though he still had to pay the monthly bill for a phone he couldn't use. Five days later, I discovered the exact same problem with my cellphone - the screen would not come on. I went to the Bell World store and was given the same information as my husband, but refused to leave without a loaner phone. Miraculously, they "found" one and I at least had a phone to go on with. My husband's cellphone was repaired and returned after 5 weeks and was covered under the warranty. However, after 6 weeks I called to inquire about my cellphone and was told that it was not covered and would cost me $120 to have it repaired. How can this be, when we had the same warranty and the same problem with the phones? More to the point, how can they justify selling phones that break down, with the exact same problem, after only 9 months? What makes me even more mad is the fact that we were specifically told that the warranty WOULD cover such issues. I have told Bell that I will not pay to have the phone repaired, so it looks as if I will be stuck with a phone that I can not use, but have to pay for. I will NEVER be a Bell customer again.

selling my tel. number, so i am harassed constantly!

How is it that I was given a new, unlisted number by Bell Canada, and before my mom and dad even had it, a Welcome Wagon rep called me up and knew me by name? Then the telemarketers started calling within a day or two... and it's been a horrific onslaught ever since! And none of them identify themselves, never allow you to take their number off their lists, and are rude as well!

We should ALL start emailing a copy of this complaint to the following email address at Bell about 25 times a day each... bog down their systems, and don't stop until they agree to remove our names from calling lists!

Try copying and pasting this message and emailing it repeatedly every day to the following Bell email addresses:

Bell canada continues to align themselves with the telemarketers, all in the name of "profits" and are now routing their unsolicited calls for a fee thru various third world countries, and simply refuses to address to many grave concerns of their own paying customers here in canada.

The canadian government is still sitting on their # deciding what to do about this continued and growing problem on privacy invasion by the big corporates like bell canada and their affiliates who willingly allow it to happen, freely giving customers' lists/numbers to theses various marketing "leeches" to use as they please, all for a tidy profit to bell.

None of my calls or complaints has gotten any satisfactory answers from bell canada (Bce), my very own telecommunications provider, but yet they gladly ask that I pay a hefty fee to stop (Call blocking service) this nuisance what they themselves are encouraging for their own greed. It is a monopoly that must be stopped!

Please help... Stop these calls at all times of the day and specifically in the evenings when I need some peace and quite time.

I hope that this will bring closure to something that has been annoying me for the past two years .

I owned a Motorola Flip {Pay as you go} cell phone for five years, and Bell was the carrier or provider . The phone was getting old and it was Analog , used primarily for safety so I decided to upgrade. I liked Bell service so contacted, Bell World in town they explained that I would have to buy a new phone, I also contacted Bell Mobility and got the same response but i got to keep my old number. By this time I was ready to buy a new phone, what more could I have done? I had already seen the phones at Bell World so I stopped in at Radio Shack now {The Source} and bought a Much Music phone for the price of $99.00 this phone came with $60.00 air time and a mail in rebate of $50.00. I almost forgot all of this until yesterday, when my Daughter mentioned she got a letter from Rogers giving her a new phone because the one she has is Analog and they are not going to support that system any longer .

This probably is going to fall on Deaf ears but it might make me feel a bit better sending this. Bell may be the biggest but I am not sure they are the best .

at bell, the customer is always wrong!

Last July ,2006, after 4 years of explaining to Bell that my line house to pole in road was not functioning properly, and buying/replacing (unnecessarily) expensive equipment: I used my cell phone to tell Bell off handedly that I wouldn't need their service any more- as I wasn't getting any- and the line was dead anyway !
They came (again) and found- surprise- that the line from the house out to the pole was - "dead". They changed it.

Since July ,now, began another epic- they never credited my account for my July bill- paid-like all my others. After calls each month- I just calculate it myself- they found the glitch in October- but- still haven't fixed it.

At Bell, the customer is ALWAYS wrong.

I live in Montreal, Quebec. On November 27, 2006, I received a bill from Bell Canada for $208. These were current charges that had only been accumulated within the past month. The bill did not involve an old debt. On December 1, 2006, I paid $200 over the phone via the Royal Bank of Canada and was given a confirmation number.

On December 4, 2006, my phone was suddenly cut off. When I called Bell Canada, I was given the runaround and eventually told that bank payments weren't processed immediately, that they didn't want my confirmation number and that I not only had to get my boss to pay the $200 (again) with his credit card but that there would be a $150 reconnection fee.

In the past, a bank confirmation number has always been sufficient to prove payment. This is Bell's error and a reconnection charge certainly isn't justified, on top of all the inconvenience of running back and forth to phone booths for a day until my phone was reconnected.

When we signed my son on student plan with Bell Mobility, we thought the plan was simple, easy to understand...

Bell
1
%
Doing nothing would be this company's favorite pastime, if they had the energy for it.