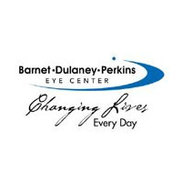 Wanter to do surgery on healthy eye

Perkins Barnet Dulaney Eye Company said I had cataracts in both eyes and needed eye surgery. I filled three prescriptions for eye drops, etc. and in the end I did not have cataracts. We had a disagreement and they seemed fishy to me so I had an eye exam elsewhere and guess what - I do NOT have cataracts. This business is scamming old people left and right.

So folks let's get the word out about this place. the one I went to was in Mesa, but I imagine they all pull this type of thing. Can you believe it?

Barnet Dulaney Perkins Eye Center
0
%
Doing nothing would be this company's favorite pastime, if they had the energy for it.