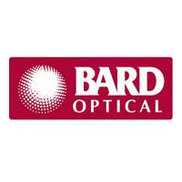 Having problems with Bard Optical?

ComplaintsBoard.com is not affiliated, associated, authorized, endorsed by, or in any way officially connected with Bard Optical Customer Service. Initial Bard Optical complaints should be directed to their team directly. You can find contact details for Bard Optical above.

Use this comments board to leave complaints and reviews about Bard Optical. Discuss the issues you have had with Bard Optical and work with their customer service team to find a resolution.

I had a choice between two pair of eye glasses only! I found that strange since 2 years ago I was offered a wide selection of eye glasses. Is this the new practice?

Disappointed, not a good experience!

03/03/20
received a call from them 09:39 about an appointment that is on the 9th. In february i spoke with someone & gave them my insurance information. They said that they see it & everything is ok when i asked about what my insurance covers i was told to contact my insurance. Then today i get a phone call about they ran my insurance that said i am no longer covered with eyemed. I told the lady that i gave them my new insurance last month & that they ran the old & they need to run the new one & update notes when patients call in to give them information. Then she asked me what did i want her to do... I was at work so i hung up the phone cause she was not listening.

Dismissive, rude, inpatient receptionist who told us to sit and wait for the Dr without looking at us until...

Bard Optical made glasses for me that were so defective as a result of poor workmanship, that they caused me two years of double vision and migraine headaches. I had numerous tests including an MRI of my brain to make sure that there was not a tumor that was causing my double vision and headaches.

When I contacted Diana J, Hall, owner of Bard Optical, she responded with a letter in which she stated that the prism was normal in lenses of this nature and that Bard Optical's services met the applicable standard of care. In my opinion, their standard of care is not what it should be and is definitely outside the ANSI standards. When I had new glasses made at a different optical provider, the migraine headaches and double vision disappeared. At that point, there was not a doubt in my mind that it was the glasses that caused me years of suffering and almost $10, 000.00 in medical expenses.

I hope that by reading this you will be armed with the knowledge to protect yourself and the people you love.

The whole experience was disappointing. The doctor has no concern for the wellness of his patients. The people in the office just wanted to sell you a pair of glasses, regardless whether the glasses is necessary. Been there once and that is enough for the rest of my life!

Bard Optical
20
%
Not bad, but could've been way better. This company does respond, but not as often as you'd expect them to.