Resolved “Arbitrarily canceled my cc with a negative balance”

Resolved “refund of funds which are on hold since...”

On May 11th, I attempted to login to online banking with BofA, and was given a number to call. I called and was told my checking and savings accounts were closed and was not given a reason. I was told due to the disclosure agreement, they can make a "business decision" and close my accounts without reason. I know they are required to inform you they are going to close your account, which they never did. I only found out because I called. I have money in that account that they are refusing to let me withdraw. Also, on two occasions, I had a direct deposit come in (I checked my balance the day before, and it was positive), once it did, it was lower than it was supposed to be and I did research, BofA claimed that my account had been negative and took money out of the deposit. So they have stolen money from me as well. I have never had a negative balance in my account with them. I firmly believe that a class action lawsuit needs to be filed against them based on how many people they have done this to.

Desired outcome: I want them to be held accountable for the theft of funds and closing customer accounts based on their discretion.

Read full review of Bank of America
Helpful? 2 0
Share
More
Send message
Copy link
Report
I
Itsangel of Las Vegas, US
May 11, 2021 11:24 am EDT
Verified customer This complaint was posted by a verified customer. Learn more

My name is Raul A. Angel I live in Las Vegas (on 4/11 there was a withdraw $970 in Norwalk Calif. that I didnt make) When in the same date I was at Floor and Decore in Henderson NV, another withdraw without my authorisation on 4/12 for $970 4/13 $990 4/14 $790, four days in a role how in the hell they didnt catch that, all them days at home in Las Vegas doing my own lil shopping mostly everything is for work, it all in the statement it could be more clearer, that negligence in bank of America it happend in there building the atm in there building and they still holding my money they haven't release any funds to me I was begging to BOA to release some fund they said no, they close the claim, WHY WHY would they close the are they stupid it's all in there face look at damm surveillance it happened in there building!give me my money before I take legal action, Raul A. Angel pls call me [protected]

Bank of America - Closed my account with no refund for my checking.

Bank of America closed my account they they were going expedite the Check 04/04/2021 and the sent the savings account for 300.06 and did not send the Checking account check for 8387.29. I called several times and the said they made decision to mail it instead via USPS. They have no tracking or proof they sent the check. They said it would be here by 4/30/2021. They time has passed now are saying it will be 120 days before they can do anything else.

THEY ARE KEEPING MY MONEY!

Desired outcome: I want my money back. 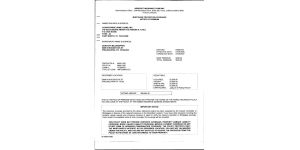 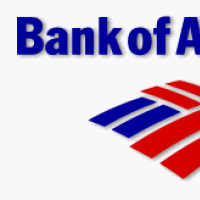 Bank of America - Original mortgage file including insurance policy
I requested a copy of the original loan file from Bank of America for my deceased mother's account. In March, 2022, I submitted... 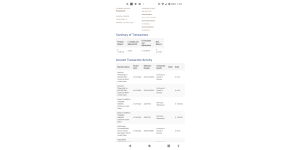 Bank of America - Disputing the resolution
I can understand why the bank thought that I got money from the ATM, but after my card was blocked a couple of times already I... 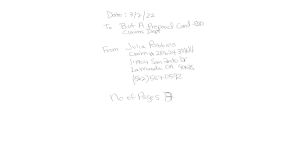 Desired outcome: I want all the money that was stolen from me back

On 04-05-2021.Isn't enough room here to explain the complaints I have encountered with Bank of Am. They charged me $1, 100. for a refund that did not go into either of my accounts and that I did not request to be done. I have talked to at least 30 people at the bank and get a different answer every time. I've spent countless hours on phone calls, only to be put on hold, hung up on, talked to very rudely. With no refund to my account. I even received a letter from them saying it had been resolved and deposited back into my account, which has not happened yet. I am so fed up with BofA . After 18yrs of banking with them, I'm being charged $1, 100. for their mistakes and then more mistakes they have made.

Desired outcome: To be refunded the $1,100.+ that BofA put into some one else's account(not mine)and I'm being charged for it

For the last 4 years, BofA has been disclosing my financial information to a 3rd private and independent party without as much as trying to verify if they may have my consent — not even verifying a signature. This year I objected to this practice. The 3rd party wrote to me on a email boasting that a secretary of theirs was able to extract the information...

I was informed by B of A today via customer rep that my account had been closed by B of A. I have had the card since 1991 have made payments on time, and have a credit score of 822. I did not receive any type of letter explaining why the account was closed.
I had another account closed last year due to fraudulent activity that I was unaware of .
I am wondering if other consumers have experienced this closing of credit card accounts when their accounts are in good standing and if I have any recourse.

Desired outcome: an explanation as to why a consumer with a great credit history would have their B of A account cancelled without explanantion

Bank of America - fraud/took money that is mine

i have been emailing them for the past 4 months and still no response to my calls nothing now when i email them it says the address doesnt exsist i just want what is rightfully mine they had no right.

Did a State to State transfer of title and It took them almost 4 months to get the correct Information for the CA DMV. As a matter of fact there are still issues. CA DMV wants me to pay penalty fees for a late title transfer. Have contacted them multiple times over past few months and they plain dropped the ball. The $894.00 In late fees are their fault not mine.

Desired outcome: Penalty fees paid by Bank Of America. I did my part and they dropped the ball.

My issue began march 3rd, 2021. I made a reasonably high dollar purchase online using my california edd unemployment prepaid debit card : issued by bank of america. This raised a security flag & temp locked my card. This is common & so I called in to verify the charge and unlock my card. The agent I spoke to was very stern & was speaking to me the entire...

This is the letter I sent along with documentation of the transaction. My claim was denied and I never got the merchandise. I have been a BOA customer since they opened and I can't believe they denied my claim. Bank of America Attn: Debit card operations PO Box 53137 Phoenix, AZ 85072 March 29, 2021 Re: Claim# [protected] Amount: $96.00 Dear Sir or...

On April 6th 2020 I sent a Bank of America check to my County Tax Collector's office to pay my annual property tax. At the end of the year 2020 I received a letter from my County Tax Collector's office advising that I had not paid my taxes and was going to assess a penalty. I called and later sent them a copy of the check which was cashed by someone. Bank of America made a mistake and cashed my check and gave funds to someone but not the proper party.
They took the funds from my account and after I called they said they were having the Fraud Department investigate the matter. They gave me a Claim number 08FEB2021-200570 and said the investigations sometimes take up to 90 days to settle. I made no mistake they did but they took the funds out of my account. And I am a Platinum customer who has been with them forever. Please help me get my money back into my checking account.

Desired outcome: Put the funds back into my checking account.

Bank of America - No support with fraud

I paid for a service that was never provided, vendor stated for approximately 6 months that I was going to get the service, 2 days before the vendor was arrested for fraud I spoke with them and they said I was about to receive the service. You denied my claim because I was not in your 120 day window.. I was constantly in contact with vendor, others received refunds, but mine was denied.. This is not a billing error, this is fraud and you failed me as your customer.

https://www.justice.gov/usao-edtx/pr/texas-man-and-woman-behind-my-buddy-loans-charged-filing-hundreds-fraudulent
Attached is article on fraud that occurred.

Desired outcome: I want a refund.

4 months ago i emailed, called bank of america in regards to why did they take money from me that is sent to me by edd. they refuse to respond back to me so im in the process of a lawyer and to gather as many people to begin protest.

Bank of America - Fraud claim credit that B of A stole out of my account.

I had filled a claim for 3 or 4 charges to my Edd debit card back when everybody else had all those fraud claims. I received a credit and a few months went by and randomly with no letter or heads up b of a stole $146.99 out of my account. So I spoke with customer service and the lady said in the notes from the claim dept team that the y took the money bc I had received a refund, which I didn't, apparently the genus's in charge of fighting fraud must have got the provisional credit confused bc even the customer service lady said I was not refunded the money. So we filed a missing claim complaint and it's been a month already and I'm not allowed to speak to anyone would screwed up the investigation. This is unemployment money, they are victimizing victims. I want my $146.99 and never want to do any business with them ever again.

Desired outcome: Put my $146.99 back into my account ASAP

On April 12th I was at my doctors office and my care was declined I knew I had plenty of money for my co pay. I immediately call the bank and find out my accounts are being closed. This is one day before my pay check is to be deposited. I have never bounced a check nor over drafted my account. I do not understand why this is happening as the only thing they...

I made a payment to Woodbridge Self Storage facility who conducts their banking with Bank of America.

* The storage facility received the March payment.
* They included it on their deposit slip and in their totals
* Bank of America lost the check...

Taking ZERO responsibility for it...

The debit card used by California EDD is Bank of America. Today April 5, 2021 - the account can not be accessed online.

I have called at least 10 people who transfer me to places that can't help. No one knows why.

I literally drove top a bank of America and asked them to withdraw everything. They said: "We don't know you balance."

I don't know my balance either and I can't check because Bank of America won't allow me to access the account.

This is simple robbery.