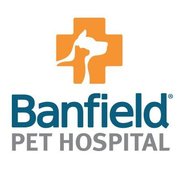 Having problems with Banfield Pet Hospital?

ComplaintsBoard.com is not affiliated, associated, authorized, endorsed by, or in any way officially connected with Banfield Pet Hospital.

Banfield Pet Hospital — Being billed for dog insurance. When I had dog put to sleep. Have been told that I would have to pay out his contract.

Had my dog put to sleep in August 2020. I was told that I still owe for services that I had gotten for free...

Banfield in Harrisburg, NC seriously ripped me off. I took my pet to them because she was limping and unable...

I took my dog boo boo in today because they told me his vaccinations. They told me every thing was fine except he had tarter buildup. When I get home I went on line to see his report & it said he was due a dental cleaning today 8/21/2020. They told me there that he didn't need it for 6 months. I pay monthly for insurance. Its suppose to cover 2 cleanings a year. Also they are suppose to have discounted prescriptions. They charged 47. For heart worm injection when they only charged 56. Before I had the insurance. I've
Had their wellness insurance for over 3 years. It was the banfield hospital in lake worth, texas. I use to take him to banfield in fort worth, texas where I have never had a problem.

My dog was brought in for an annual teeth cleaning. The person who was suppose to check her in took her at the door and left. Did not ask any questions to make sure she was the correct dog or what procedure she was getting done. All along our dog has her dog tag and collar on her the whole time. While at the hospital she was confused with another dog. My dog was put under to be spayed AGAIN! They started the procedure when they realized she had been previously spayed. Now she is with a cone and antibiotic again!

My Dog Bellah had surgery on 5/25/20. Surgery went well according to vet and my dog was sent home later that...

Banfield is a joke. They scam people, treat pet owners poorly, and their customer service is an...

I have used this clinic since I first moved to Colorado after leaving the care of the on post veterinary clinic. With my job I travel all over so I need consistency with the care of my beloved pets, so I am very hesitant about posting a negative review, though a service might warrant it.
This place and the Brighton are beyond rude as far a the medical service is concerned, **warning if you complain about horrible treatment the senior vet will contact corporate and cancel your wellness plan, leaving your loved ones without care!!!
I have since contacted corporate and informed them of this abuse of power!!

Oh wait... they removed my pets and myself from the wellness plan!!! Video record all visits with Banfield to protect yourself from bad service!

I paid the fee for rabies titer fee, they didn't provide me the service. I asked if they can return it they refused. I am so curious why I can't get back the money if I didn't take that service. Also, I ask for the document if they can change the owner's name for my pet cause I am not there and need my friend to bring my baby back, they gave me no right answer on how to solve it but tell me they can't change! I am very disappointed. If you can't change the name, pls return back my money!

If I could give no stars I would. I have 3 of my dogs on their wellness plan and I am been a customer with...

I was on one of their service plans for 4 yrs for my cat. Had an appt at Banfield for my cat and they told me...

They charge you astronomical fees for everything. I decided to call and cancel after a couple days. I was told I had to pay the balance before they could cancel it. It was a bit more than I had, so I lowered my plan and paid a couple more months to decrease my balance to a more affordable price. Ha! When I called back my balance was about the same because they tact on a fee that is only taken off during the first 4 days of cancellation. I feel very bad for anyone who gets caught up in this scam.

Please beware Banfield are fishers, it happens mostly when your pet has an emergency and your regular doctor...

Go elsewhere!! I brought my kitten in because he had a horrible respiratory infection and just needed him to...

4/1/2019, banfield vet hospital, 1411 w. Covell blvd, ste 101, davis ca 95616, dr. Adrienne bautista - did not use the appropriate methods to diagnose my dog resulting in death of dog short time later. I took my dog to this vet after being told by a groomer that the cough my dog had could be congenital heart failure. I immediately took my dog and was seen by dr. Bautista. I told her that I feared he had heart problems. I told her he had been coughing and sleeping a lot. She did not ask me if he had any other symptoms. There is a list of the 10 most common symptoms listed all over the web. If she had asked me if he had any of those symptoms (which I was unaware of) I would have said "yes he does have that symptom!" because I now see that my dog definately had at least 4 symptoms off the top 10 list. Also, she should have, at the very least, taken his blood pressure. She did not. She should have used the appropriate device to get an accurate reading. She did not. She should have taken x-rays. She did not. There are several other tests she could have used. She chose not to use even one of them. I wasn't even asked if I felt she should do any further testing to rule out heart failure. After listening to his heart with her stethoscope, she announced that she did not hear a heart murmur and she was putting him on antibiotics. A few days later my dog died. After speaking with another vet and doing extensive research, i'm 99% sure he died of heart failure. This disease can be treated successfully if treated promptly after being given proper diagnosis. My dog is from a breed which is on the top 10 list of breeds that often have heart failure. (chihuahua) I trusted that she knew what to do and she did not. I told her my concerns. She should have called to see if he was getting better. She did not. This disease is so common in small breed dogs and not that difficult to diagnose. I hold her personally responsible for his death and I only wish I had dug deeper when looking for a new vet. I only spent $28 there for the antibiotics. I would have spent whatever was necessary to help my little dog. I need an apology and that doctor should admit she did not do everything she should have done to diagnose my dog. A refund should, of course, be issued. None of this is really enough. She should be ashamed of herself.

Very disappointed! It is a scam! They always reeschedule my neutering appointment. I have lost 2 days of work...

February 1, 2019 We brought our schnauzer to Banfield for a routine teeth cleaning but had concerns which we...

Do not go here I warn you! I would give them 0 stars if I could! This place is full of cowards and crooks! I...

Banfield Pet Hospital
46
%
This company is on the right track to keep up with incoming complaints, but there's still plenty of work to do.