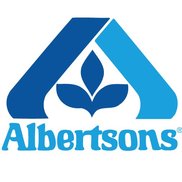 Having problems with Albertsons?

Albertsons has been luring me into the store for 3 days with a daily "buy one get two free" coupon offer. Their coupon on shrimp was only good today, so last night when I was at the store I checked out the price of the shrimp: $11.98 for a bag. That would be a good deal. Today, when I went back to the store to buy the shrimp, the price tag from last night was missing & the bag of shrimp rang up at $14.98. So buy one get two free is no longer a great deal. Shame on you Albertsons! Bad behavior!!!

Refused to sell beer to a 29 year old who shops there twice a week since 4 years and showed valid ID. Reason...

manager's out of line!!

I was in your north college Albertson's in Fort Collins Co just picking up a few items on my way home from a hard day's work. I stopped at the Deli and tryed to order some lunch meat. The Deli manager "Bev" was going off on her employee's on how they are not allowed to take a break or lunch until after 7 PM. It was shortly after 3 PM. Are you really so hard for money that you dont allow your employees to have breaks? I also do not understand how you can keep help. I would never allow an employer to talk to me that way. Do you think that because someone works for you that makes them crap? I talked to a manager up front "Dawn" and complained about the treatment in the Deli Department. She said she would address it with Bob the store Manager. I was in again and "bev" the Deli manager was again publically yelling at her employees' I will be telling my friends and coworkers NOT to shop there. I don't care to hear about private ILLEGAL acts after a hard days work. I would also like to know why she does not have to wear a hat, hairnet or gloves while waiting on customers.

I had a checker make an error on my grocery order. I only discovered the error after she completed the...

hungry at the grocery store

Hungry at the grocery store!

I am 39 years old and work at a local grocery store. For the 9 months, I have to work 9-10 days in a row until I receive (1) day off...
I have to ask if I can go to lunch (like a small child), and I have to guess when my day off is, because I am not provided a schedule until the last minute. When I try and look for it in the computer, it is encrypted so it can't be opened, or not there at all...

You would think that I might be a cart boy or floor sweeper, however I am a member of the management team at this store!? I have the pleasure of watching my manager of the department: enjoy (2) days off each week (average), leave early (and the director thinks he works his full schedule), and makes a bonus off of the work of his employees who do most of the work.

I have the pleasure of balancing a family around the (1) day off I receive every two weeks, if I am lucky... I have to be hungry at the grocery store until I am given "permission" to go to lunch... I have to stay late at the last minute, and work a 12 hr. day when management knows in advance of a change of the schedule and doesn't bother to tell me...

***I tried using the corporate hotline, however it has been over a week, and I haven't even received a phone call... However, if I was the black woman, and she were the white man, this would probably make the newspapers and get some respect/attention... ***

P.S. Yes, ontop of all of this, I have to put on a happy face for each customer who comes into the store!

Brought gift cards on line for $150.00 as gift for son in Reno Nv and it showed on the website store was at 10500 N Mc Carran Reno. He received the cards and went to the address listed on the website and the store was not an Albertsons, but like I said showed on the website it was. He needed the groceries and I am very upset that you would sell gift cards knowing no stores were there. By the way the store is still listed on the website today. Now he must send the cards back to me and I believe I should either be able to get a refund for them or some sort of credit. This was entirely uncalled for. I called the toll free number and they said they would send you an email but I have not received any response. Please contact me about this.

My wife and I have shopped Albertson for over 3 years. We bought app. $100.00 worth of food and when we checked out, found my check had been denied. All the groceries that had already been bagged had to be returened. It was the most embarrasing moment of my life.

I went to albertsons to cash a check and upon doing so the cashier gave me a slip of paper telling me that I...

Mid-April 2008, I entered the Eastgate 24 hour Missoula, MT Albertsons to try to use the remnants of a giftcard I had.

I was then approached by the late night cashier, a brunette woman with glasses, and was told that they had "received too many complaints that I follow people around and needed to leave and never come back." The funny thing is, before that, I had never been told that I was bothering anyone and had no idea I had been, and it's even funnier that when or if I did shop there, I went out of my way to avoid people.

If I had received a prior warning, I'd have no issue with it. But in lieu of that, I see no reason to it, and don't understand why such a drastic measure was taken without merit. Not only have I never returned to that particular Albertsons, I have never shopped at any Albertsons in Missoula since.

I had shopped at Eastgate for ten years... but I do thank them, in a way, for what happened. I've now adopted the practice of shopping at many different store locations, for purposes of comparing and contrasting prices and exploring new things. Granted, some things may be overpriced compared to the Eastgate Albertsons, but I don't have to deal with mortifying, unnecessary experiences like that.

On sunday May 24 as I do every weekend I went to buy my groceries at Albertson's located on Palms and Sepulveda. I always tend to buy steamed shrimp which they must be cooked. However, I am tired of the workers that are in the seafood department. On every occasion in which they do not feel like cleaning the steam machine they lie and say that they are broken. There have been many occasions in which I can prove that they use the lie that the machines are broken because I return a couple of minutes later find another worker and request the same shrimp and they are magically able to cook my shrimp in the machine that was supposable broken. On this occasion when I insisted that they cook my shrimp while completely frustrated because they said they were unable to help me I went to look for the manager. When I found her she had received a call from the woman who couldn't help me in the seafood department. And to make matters worse the store manger supported the lie about the broken machine claiming that the machine was leaking water. This whole compliant is just to ask for better service at Albertson stores. Because after all there are plenty of people whom hate lies especially when we are aware that they are lies.

If any one in this company can bring about a change I will highly appreciate it.

My mother (who finds it very difficult to walk) wrote a check for Albertson's grocery store today and was told the check reader wouldn't read it. The management told her and me and Albertsons customer service told me (and I've been assured the Dallas office will tell me) that Certegy will not allow an Albertson's employee (or manager) to call in when the reader does not work, nor can they punch in the numbers. In addition, the customer service person seemed genuinely concerned that she perhaps wasn't handed that slip of paper with the Certegy number (To do what? to be told their check reader didn't work?) They all said there was nothing they can do. Yes, there is. Albertson's can discontinue using Certegy (which is in cahoots with casinos...hmmm) and/or INSIST on better service from this third-party vendor. My mother writes a column for the local newspaper and I'm sure this will get out in her hometown far and wide. Albertsons and Certegy, are you listening?

Albertsons
1
%
Doing nothing would be this company's favorite pastime, if they had the energy for it.