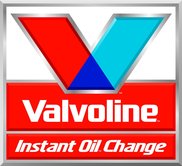 I received a transmission flush at the location on central in Wichita Ks. I later developed transmission...

I had a bad experience getting my oil changed in Folsom, CA today. It was at the Valvoline Instant Oil Change...

My son is a very hard worker, responsible, respectful, he was told to cut his hair otherwise he cannot get...

Ive been taking my job van and other cars in for a oil change at valalline oil change for over a year so I...

I took my car into the Alpine Ave location in Grand Rapids Michigan for an oil change and deep fuel system...

Went to Valvoline in Copiague NY. Needed synthetic oil change on 2015 Camry . As they started their work I...

Our business has been bringing our fleet of trucks to this location for years. They have always given us a...

Standing outside when the driver drove my truck in and hit the side of the building. I have significant...

Valvoline acquired this location from the previous owners whom they were running business good and reliable...

I visited them just for an oil change and a tire rotation. They make me do a 460$+ service instead. That's ok if it was need to be done but I wanted to use only what is really approved for my car. They don't have ATF+4 Transmission fluids. I asked them if they have an ATF+4 fluids before they do anything. This was the only one approved and they said that they have it in order to convince me to agree for the expensive service. But on the receipt I saw that they have put in my car Their Max-Life fluid both for the Transmission and the Transfer Case!!! This is not the right one for my Jeep. I am already experience serious transmission problems. And I mean really serious problems especially when I am trying to use the all-wheel drive options. Now I only use the frond wheel drive mode and I am very careful. I will change the fluid again in another place and will never visit that place again. If you care for your car and your safety just don't go to this place.

They terminated me because i was not a assistant manager after being there for a year. I was a Senior tech...

Went to have my 2005 GMC oil changed with my daughter the other day. Upon, the oil change the attendant told...

I went in to the Valvoline instant oil change in poughkeepsie new york an there was am man checking me with a...

I didn’t use this Valvoline Instant oil change here but I used the one in Madison WI, 3594 E Washington...

Went to Valvoline for a basic oil change and tire rotation. The service technician called me over to tell me had broken my wheel nut off while attempting to remove the tire. The damage cost me $165 to repair and Valvoline has been totally non-responsive in assuming liability for the damage or offering me any kind of reimbursement. Don’t go here.

Took one of our vehicles to be serviced at Valvoline, Reidville Rd., Spartanburg SC. Pulled up in back and couldn't get the attention of anyone at the back of the store even after a very long wait, and I was the only customer on the lot.

Finally a young girl came up to the vehicle and said the compressor in the store was broke and suggested to come back the next day after 10:00 am. I told her no problem.

At that point the manager finally came over and rudely fussed at me about pulling in and accused me of doing it before. I told him I could take mine and my wife's business elsewhere. He said "fine".

Called back a few days later to get owner or home office information and was told they couldn't give out that info. Finally, got the home office number from another Valvoline store, called and spoke to a nice lady that said she would be sure to have someone contact me. No one has ever called.

Obviously, they are making so much money at these stores they don't have to worry about one dissatisfied customer. There is two Valvoline stores on Reidville Rd. within a mile of each other. I was told by an employee the same company/person owns both stores in order to monopolize all the business on the road.

I wiil drive 30 miles to avoid these places in the future, if necessary.

I have been having my oil changes with Valvoline since 2007. Everything was going good till they replaced a...

Valvoline Instant Oil Change [VIOC]
43
%
This company is on the right track to keep up with incoming complaints, but there's still plenty of work to do.