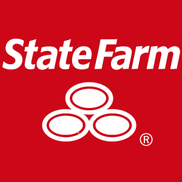 Having problems with State Farm?

WELL, MY NIECE WAS SITTING AT A YEILD SIGN AT A CORNER AND THIS GUY COMES FAST AROUND THE CORNER AND SWIPES THE SIDE OF THE CAR AND LEAVES (WINTER MONTHS IN IOWA ARE SLICK). SHE GOT THE LICENSE PLATE NUMBERS AND CALLED THE POLICE SHE IS 16. THIS OLDER GUY A FATHER OF HER CLASS MATE WAS QUESTIONED AND PICTURES WERE TAKEN BY THE POLICE BUT CONTINUED THE DENY HE WAS THERE? THE GUY FAUGHT THE TICKETS IN TRAFFIC COURT AND LOST; MY NIECE TESTIFIED FOR THE POLICE. HE IS INSURED BY STATE FARM AND EVEN THOUGH HE WAS FOUND GUILTY IN COURT BUT CONTINUES TO TELL STATE FARM IT WAS NOT HIM THEY WON'T PAY. HOW DUMB DOES THIS SOUND FOR STATE FARM!!! WHAT IS THIS WORLD COMING TO YOU, KNOW THESE INSURANCES TAKE YOUR MONEY BUT JUST TRY TO COLLECT! WHAT DID THIS TEACH MY NIECE, LIE CHEAT AND IGNORE THE LAW; AND FINISH FIRST SHAME ON YOU STATE FARM. YOUR SONG SHOULD BE LIKE BAD NEIGHBOR STATE FARM WILL STIFF YOU!!!

Thanksgiving day i had went to grab my car and park it in front of my apartment figuring this would be an...

Resolved fired for working to much

I worked for this company for 10years. Was a very dedicated employee and did a good job for them. I was given...

Gentlemen, So let me get this straight. As an insurance provider you want to sell your products, service...

Resolved putting burden of proof of damage back on me

I have insured my mobile home for 1 year and also have had vehicle insurance since I got a drivers liscence which was bout 10yrs ago. I pay almost 4000 yr for my auto and home. I placed the first claim to State Farm Sept. 15, 2017 after Hurricane Ike ripped through my nieghbor hood and destroyed peoples homes and belongings; today is the Nov. 10, 2017 and i have just now heard that they will not pay me what it will take to repai my house but they will charge me money for the depreciated value of my home and that should balance out what they would pay me. So therefor this other insurance called Foremost funded a close friend that had very similiar damage 4x's the amount of what State Farm payed me and got his house fixed. To sum it up I switched insurance to Foremost and will never ever use State Farm again and please do the same to save yourself a headache and nithmare if you ever need them. Thanks for reading

STAY AWAY FROM STATE FARM. THEY ARE RICO VIOLATORS. CONTACT THEIR CEO ED RUST WITH ALL CLAIM ISSUES. ed. rust.[protected]@statefarm.com

I was hit at a stop sign on a country road. The driver smacked into me and totaled my car. When we exchanged...

state farm will not cover my sewer pipe break

I am writing this in the hopes that someone out there could help me, or lead me in the right direction. I...

Resolved will not pay claims

Like others I have had State Farm refuse to cover losses. I had insurance with them for more than five year...

Resolved they canceled a retired agent and sent a form letter

I've been a State Farm Client for 50 years without break. I was a State Farm employee for 5 years then a State Farm agent for 29 years. State Farm has announced they are cancelling my condo policy and sent me an impersonal form letter with many mistakes in it. Most of my fellow retired State Farm associates have dropped State Farm for better companies. I was always pro-State Farm, but find they are too Rusted (president is Ed Rust Jr, who couldn't hold his father's pants up) for business. They have done most everything they could to irritate clients, screw the public and raise premiums. I am totally disgusted with State Farm, my former high mark company.

kept part of insurance premiums at time of cancellation

was accepted by state farm as a auto insurance holder. I called and cancelled the policy as I found it cheaper with another carrier but, they fail to refund the entire amount. They said I received a packet of information that explained this to me "(if you cancel your policy within the first 6 months, you lose part of the refund.)" An agent came to my home and completed the application and never provided me with the information. Approximately 2 weeks later, I received the information packet in the mail. I would like to get my money back and see that this doesn't happen to anyone else.

Agent Tonya Turner office called me with the intent of signing me up for a credit card but wouldn't reveal their true intentions. They just said I could get free state farm dollars and she needed my Ok. She gave me a number to call which was a verification service. I didn't give them any information and told them I wasn't signing up for anything. I spoke with the Agent again who asked my why I didn't call the number she gave me and I told her I was not signing up for anything and the verification service told me she was really trying to sign me up for a credit card. I told her in no uncertain terms that I did not want any credit card from her or anyone else. Weeks later I get a letter congratulating me on my new credit card.

Did she call the verification service claiming to be me and signed me up? She signed me up in any event. I called my agent and she didn't believe me. I told her I didn't give her office employee any personal information. I asked her what kind of questions would she have asked me and Tonya said she needed to know how much money I made. I told her I don't give that to no one. She said of course then she asked me how much money I made.

I told her I wanted to switch agents and I gave her an agent name. She lied saying that agent is a very good friend and is not taking any new people. Then I told her I had already called that office and they were glad to accept me.

Tonya Turner and her office has lied to me, signed me up for a credit card I never authorized, and continues to try to sway me from the services I request.

The credit card was done via fraud. The agent is dishonest and untrustworthy.

I have been with State Farm Insurance for over 13 years and had little problems until I hit a small log on...

I want this company exposed!

I was involved in a three car accident, not at fault. I was standing still inside a parking lot exit waiting...

My car was parked in a parking lot- one of there insured hit my car in the side -my car has a dent in the door-Its still drivable-it has a dent in the door. State Farm wants to total my car -make me get a salvage title- it has a dent in the door-because my car is a1991 Chevy Corisa- because its an older car -I need my car to go to work-never married-have no children - I need my car-why can't they send me a check to get the dent in the door fixed-instead of making me go through all this unnecessary crap. They won't give me a rental car while the dent is being fixed-it's like I'm being punished and I didn't do anything. It's my car. Why and how can they do this to people- I don't have insurance with them and it's like nobody will help me. Please help me.

My daughter got her license a year a go , and got herself a car. For the first 6 months we kept her under...

My car was hit in June 2006 while it was parked in front of my house. I woke up early and heard a loud noise and did not see anything - oh if I only knew. The truth is State Farm will not pay me a dime because the car was taken without permison and they will not pay up!!! It took them months and months to tell me nothing. I had to keep calling them to get an answer voice mail is all I got. I am still upset as my car sits there smashed and won't run, it was such a good car b4 it got hit. I will never ever use State Farm for anything at all the rest of my life.

State Farm
42
%
This company is on the right track to keep up with incoming complaints, but there's still plenty of work to do.