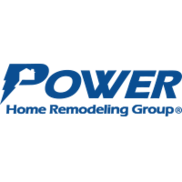 Having problems with Power Home Remodeling?

I agree with the complaint from NY! Very long sales pitch. I bought it though and had the first half of my...

HAHA windows for $100. I have worked in the home improvement industry for 10 years. Andersen/Pella window...

Met Power Windows & Siding at a home show, the representative told me we could get a free Window estimate. Told me, and I quote, "A free estimate, no obligation at all, everything will be done from the outside, no one will come in your house". So I figured, why not, I will get the free estimate, and then decide what I want to do. I made the appointment for a Thursday. PW&S then called me on the Tuesday of that week at 9:45am and asked me if the sales person could be there at 11 that morning. ( I since noticed they had called 4 other times that morning, never left a message - I was out). I said that the appointment was supposed to be on Thursday, not Tuesday. She said that was OK, but the guy was in the area, he could come at 11. I said that was OK, but I had to be somewhere at noon. She said, "Maybe Thursday would be better, he might take longer than an hour". That was their first mistake, as I found out later their appointments last an average of 6 hours, as mine did. Lying to me right off the bat means you are trying to maneuver your way into people's houses any way you can, because if you told people the truth, no one would let you in. Talk about unethical. So we had a huge snow storm, and they called later that day to cancel for Thursday and told me they would call the next week to reschedule. So Thursday comes, and then PW&S calls me at 11:20 on Thursday and said the sales person would be there between 4 & 5 that day. OK, so now I'm starting to get irritated - you can't even schedule an appointment right, how much are you going to screw up my window installation if I go with you? So I just agree to it, let's just get this over with, after all, I'm still going on the first guys quote that no one will come in my house, everything will be done from the outside. Fast forward now, the sales person is here for 6 hours, my dinner that is only partly made burns, every time we ask him how much longer he is going to be he says "15 minutes or so". He even says if I wanted to finish dinner and set an extra plate for him he wouldn't mind! So now to their product - I have no doubt they have good windows - but are they unique? I doubt it. We went to a local hardware store the day after (not a big chain one), and talked to the guy there. All vinyl windows are fusion welded, and believe me, we could not break the one at the hardware store, either. The salesman from PW&S must have picked up that sample of the screwed window from the local Five and Dime store. Most windows have Argon Gas in them, and again, to say that other windows only have a small percentage of Argon gas in them, you can't generalize like that, unless you got that window at a Five and Dime. The windows we looked at the local hardware store had the same quality locks, child locks, etc. as the PW&S windows. So don't be fooled into thinking their windows are so unique and superior. They are not, and the ones at the local Hardware store also qualified for the 2009 Energy Tax Credit, given only to windows that have a U-Factor of less than or equal to .30. If you listen to the sales pitch of PW&S, they will tell you that no other windows fit into this qualification. The windows we found at the local hardware store DID. PW&S has a double lifetime limited transferable warranty? Yes, but not unique - so did the windows at the local hardware store, and that was just one store we went to. 30% Energy savings guarantee at PW&S? Yes, but the local hardware store gave us 45% guarantee! And here was the clincher - the sales person went on and on about them being members of AAMA, and how there installers were trained by AAMA, yet nowhere on AAMA's web site is PW&S mentioned, and if you search on AAMA's web site under their member search area, you can't find PW&S. Now, PW&S will also give you a sales pitch on how they are members of the Better Business Bureau, and all their complaints have all been resolved, blah blah blah, yet, he failed to mention that their BBB accreditation expired on 12/31/2009. I'd say that all this adds up to a lot of unethical business practice. If your product is that good, it should sell itself, you shouldn't have to deceive people to this extent to get them to buy your product. And then there was the old come in with a huge price, give a good 10% off, then offer half off if you sign right then! So 6 hours later, after walking THROUGH my house and measuring, which is totally NOT what the person at the home show had said would happen (and I was not prepared for someone to be IN my house at all, especially for 6 hours), the only thing I have to say is yes, they may have good windows, but they are extremely over-priced, their business practice is unprofessional to say the least, and there is plenty of other windows out there with the same features, if not better, and much MUCH more reasonably priced. Do your research!

I had a similar experience with Power Windows and siding. The gentlmen who had come out for the free estimate...

I know its long, but please read in full to understand, thanks! I was close to getting the siding and...

don't let these people in your home

I was approached in my front yard by a very nice young guy with a company polo shirt and clipboard. He told...

Power Home Remodeling
0
%
Doing nothing would be this company's favorite pastime, if they had the energy for it.