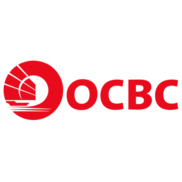 Having problems with OCBC Bank?

OCBC Bank reviews first appeared on Complaints Board on Feb 27, 2010. The latest review opening an account was posted on Oct 21, 2021. The latest complaint personal loan release letter & refund for excess payment not received was resolved on Apr 17, 2019. OCBC Bank has an average consumer rating of 2 stars from 73 reviews. OCBC Bank has resolved 12 complaints.

ComplaintsBoard.com is not affiliated, associated, authorized, endorsed by, or in any way officially connected with OCBC Bank Customer Service. Initial OCBC Bank complaints should be directed to their team directly. You can find contact details for OCBC Bank above.

Use this comments board to leave complaints and reviews about OCBC Bank. Discuss the issues you have had with OCBC Bank and work with their customer service team to find a resolution.

I was lured for earning higher interest rates with OCBC 360 account. To get bonus interests, I have credited my monthly salary to this deposit account and tried to apply their credit card. When I applied for the 365 credit card, I was asked to apply for the EasiCredit as well because it is "complementary" and I can't turn it down. The application of EasiCredit was approved in the following day, and the card and check book was sent to me in few days. However, after that, I was informed that my application for 365 credit card was unsuccessful and they refused to give me reasons. Note that, I don't think I am not qualified for the OCBC credit card, and they even offered me to take loans from them before submitting my application. Also, I have other credit cards from other banks for years with good credit records.

I think OCBC is playing tricks to promote their other products (e.g., EasiCredit). It is hard for me to trust this bank again.

Immoderate OCBC I’m a victim of the dirty trick that OCBC has done to me. I have no other creditor...

The complaint has been investigated and
resolved to the customer's satisfaction
Resolved OCBC — give me my money!!!

I have a few hundred thousand dollars in OCBC, which I saved from a few years working in Singapore. Now that I have left, I want to clear out the account, but they have been dragging their feet for TWO MONTHS. I have called and written almost daily since then, but realize that once you are no longer in Singapore, you really have no leverage. I have made a complaint to the Monetary Authority of Singapore, but it is too early to tell whether that will have an effect.

The bottom line -- DO NOT leave your money in Singapore banks when you leave the country!! I have heard my story repeated by numerous expats, many of whom said that they eventually had to get a flight to Singapore to demand their savings back!!!

Better think twice before applying ocbc credit card. I have used my credit card for 24months installment interest free purchase. And while I left 10months of installment, ocbc decided to charge me $50 annual fee.

My request to have the annual fee waived is denied, but they will be giving me $30 ntuc or robinson cash voucher and a spa voucher. And if I were to cancel the card immediately, I will have to pay a penalty of $150 despite full payment of the installment. What a ripoff?!

ocbc personal loan unethical practice. bait you with low interest offer (actually lie) and later persuade you to apply for their loan and once approved, then give you higher interest rate. so better chances for them to get more cases and achieve their submitted case quota. Probably was instructed by the loan manager himself. actual events...mr kent loi tick kian, tel no [protected], johor bahru ocbc personal loan officer called me. he enquired my credit card limit & promised & ensured no problem for personal loan for RM60, 000 for 3 years at attractive interest rate of 7.2% and no other additional fees i have been called by many banks before but i declined as the interest rate is usually higher. Mr kent requested to see me the following day at my clinic & i agreed. he took my documents and he gave me a letter clearly stating amount rm 60, 000. interest per year 7.2%, repayment over 3 years and monthly rm 2027. then he told me a small amount of rm 210 need to pay for insurance takaful which not mentioned earlier but anyways i agreed as the amount is small. i received a call from ocbc officer to verify me for approval on 7.11.2011. Today, 10.11.2011 an officer from personal loan called me and told me my loan is approved and the interest rate is 9.5%. the issue is 9.5%. My point is in principal, OCBC should be honest and tell the truth from the beginning. if the interest rate is not fixed or not sure, Mr kent should just say so. To me it is very clear that this OCBC officer has clear intention to trick customer to apply for personal loan by giving such promise over telephone and later in writing. after customer loan approved, they display their true cards by telling the actual higher interest rate (9.5%). the officer has nothing to lose and may achieve his quota for cases submitted & better chances for the customer to accept the loan. they wasted my time & tricked me with such unethical practice. i have informed the loan manager who agreed and will call back but never did. are there any ethical OCBC officers at all??? i have attached the written promise mr kent has given me.

I got problem to login to the internet banking provided by the bank. Since they require OTP...

Dear Manager With the complain to the above for the Melaka OCBC BANK officer who work in the customer...

I made a bill payment thru OCBC Internet Banking yesterday morning. While I was submitting the transaction, I...

I owned an IQ basic account in OCBC malaysia.
My account is being overdrafted by the bank without my notice.
I have complain to its customer service department and waiting for their response.

The bank suspended my cards for no reasons given when I called the first time. The second time I called they requested me to pay full. After paying full, I called again to asked regarding about the statues of my card. One of the staffs from ocbc credit card department went to checked but can't even give me an answer. She even requested me to pay another $150 for the interest which yet to appeared on the current bill. This is absurd! Ocbc bank services is the worst that I had encountered!

OCBC Bank
16
%
Not bad, but could've been way better. This company does respond, but not as often as you'd expect them to.