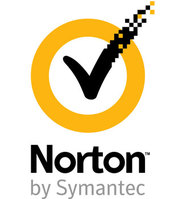 Having problems with Norton?

Norton reviews first appeared on Complaints Board on Aug 14, 2006. The latest review Poor Customer Technical Assistance was posted on Jun 18, 2021. The latest complaint refund of annual subscription was resolved on Apr 10, 2020. Norton has an average consumer rating of 4 stars from 329 reviews. Norton has resolved 219 complaints.

ComplaintsBoard.com is not affiliated, associated, authorized, endorsed by, or in any way officially connected with Norton Customer Service. Initial Norton complaints should be directed to their team directly. You can find contact details for Norton above.

Use this comments board to leave complaints and reviews about Norton. Discuss the issues you have had with Norton and work with their customer service team to find a resolution.

I am surprised that this type of fraud is common with Norton, i bought a computer with 100days free Norton antivirus which expired about 3days ago, i was asked to renew the subscription which i tried to do but my visa card was rejected after several trials. But today i was told that my card was charged $59.99 for product i did not succeed in perfecting. No receipt, no product key to download but was charged for nothing. This is a serious thing which is called daylight robbery. Pls help me to contact Norton to refund my money or to check this order and email me the product key to download. My card was charged for the order on the 5th of May, 2011. My email address is [protected]@yahoo.com. if they can check their orders, they will see who they are robbing. I will not have a good word ever for Norton if the product is not renewed or refund my money.

Norton 360 — renewed without approval from me

I dont want and didnt ask for Norton to be renewed, please refund full cost to me immediately and dont use my account or my wifes fredit card without my explicit and active approval each time i decide to do a transaction. Otherwise I will be calling the Garda fraud squad.
Michael Griffin
my email is: [protected]@hotmail.com

Salesman either lied about Norton "Ghost" or does not know the details of the product. It will not do the one function I wanted it to do for me.

In October 2010, I purchased Norton Internet Security 2011 and installed and registered it. A few days later, it threw a message that it was expired and needed to be updated. I rebooted my computer and it worked -- life was good. Then a few more days and it once again said it was expired. On October 25, 2010, I went to Norton.com/support and found this scenario in the FAQs, indicating that it was a known problem.

At this point, I entered a chat with a support specialist (name and case number available upon request). I spent more than five hours in a chat with him, during which time he repeatedly crashed my computer. The last time, the monitor did not come up, apparently having damaged by the repeated power surges from the crashes. I hooked up a generic monitor and saw the tech's final message that "since you are not replying, I assume your problem is solved". Sorry -- no. I then called [protected] and got a tech who fixed it in about 10 minutes. I told him that they had blown up my monitor, but he neither admitted nor denied it. A few days later, I received an email from Symantec asking me to critique their "customer service". I wrote exactly what had happened, and got not so much as an apology. I wonder how many more computers or monitors this have been damaged by this defective program.

By the way, I saw an ad in yesterday's paper for "NEW Norton Internet Security 2011". Does this mean they fixed it?

Norton Lambrianos Attorneys — they are the worst of the worst

Today I received a call from an ***** asking me when I am going to make payment again. I mentioned the fact...

1 year ago I responded to a notification that my Norton anti-virus protection was out of date by renewing it...

The complaint has been investigated and
resolved to the customer's satisfaction
Resolved Norton 360tm Version 4. 0 Premier Edition — order # np19065667

Placed order np19065667
On 1/11/11 order confirimed had it downloaded, and it said it was deliveried, but today a message came up on screen saying, I had only six days till my service would be droped. please cancel the above order and the charges to my credit card.
H. wynn pletcher
[protected]

The complaint has been investigated and
resolved to the customer's satisfaction
Resolved Norton Annual Renewal Norton.com CA — billing my cridet card without letting me know

the norton annual renewal norton.com ca bill my cridet card without letting me know my name is johnny cruz and my E-mail is [protected]@guam.net

I've been a customer of Norton for 2 years and never had a problem untill today. I called the customer support number and asked for help. The woman on the other end of the line was from another contry and i could baerly understand her, I told her my problem and she said that they could fix it when I pay $99.00 more. When I told her that I already paid for their sevice she again said that if I wanted help I'll need to pay $99.00 So I hung up, She called me back and told me that I was rude and hung up on me. So I called and asked to speak to someone in charge and a man by the name of Mike got on the phone and asked what my problem was and when i told him he asked is that all i wanted and hung up... I will never deal with them again and will look for a better protection for my computer... DO NOT BUY ANT NORTON PRODUCT.

Norton Law Group... Did you know he goes by a few names to try and get away from the bad rap he gets?...

Norton had sent me an e mail ref renewing my subscription this i have done thinking i would only pay the...

My name is Steve I was refered to Norton law Group by a friend and Norton law didnt Do Anything to Help Me...

The complaint has been investigated and
resolved to the customer's satisfaction
Resolved Norton 360 V4, Symantec — no customer support

I upgraded one of my computers to Norton 360 V4 to evaluate the performance against the older version, 360 V3. The issue I have now with V4 is the amount of spam I receive. V3 running on the other computers has a fraction of the spam and I mean 1 spam email compared to 10 or 12 spam emails with V4. I contacted Norton support. What a joke. I have had a number of emails (+8) or so saying they will contact me. No one has contacted me. I have been on Norton Support live chat when the person you were chatting with just ups and leaves the room. The reference numbers I have been provided have been noted as resolved and yet the problem still has not been addressed.

I have looked at as many Symantec web sites as I could find and conclude Symantec has no avenue to receive formal complaints from its consumers. This is disappointing considering the size of the organisation as how do you provide a quality service when you don't have any feedback or measuring tool from your consumers on an on going basis. I did receive a Symantec customer survey and was accurate in marking a very low score for customer service.

What next? I am reviewing the product as it comes up for renewal in the next couple of weeks. It looks like no services look else where. If any company out there believes they have a better product with back up customer service, please let me know. I would be interested.

Norton Antivirus 2010 is a virus in itself and the company refuses to admit it. Before receiving the Norton Antivirus 2010 my computer was working fine and since the attempt to install the program, my computer has refused to come back on after the install needed to shut-down to restart, All this was being done robotically by a "so called technician". The company ruined my life. I know that's harsh but its true. I can not retrieve my work that was stored on my tower, I can not turn my computer on any longer. The program is a sham a waste of money and I cant believe Norton would be so unhelpful to my problem that THEY caused. I am going to try to start a case against the technician Uday Raj and the other tech. I hope it goes well. I am disappointed in the Norton's Software Company treatment of my computer and of me. You know was said as an excuse to me "it was a coincidence" What kind of inpropriate behavior is this.
Norton Antivirus 2010 is a Virus.

thanks,
A hard working disappointed student

I requested via internet an upgarde of our norton virus protection chose a 2 year plus and was charged to my visa $124.94 - this was correct
I have recently been charged another fee for a years cover of norton virus.
This has occured perhaps because - I received a note saying something about same computer but different identification??

Can you look into this for me please. As I appear to have a double up of coverage.

I got an email telling me that my service with Norton was about to expire...then there was a charge on my...

They are fake and make stuff up like they are trying to help you but in deed they are stealing your money and not doing anything. You call your bank and your bank has no info that the norton law group has called. They do not do anything that they promise. Please do not use them. We were so desperate because we could not pay our mortgage in the interm we turned to them and they ruined our credit and caused us to go into foreclosure i'm about 30 days away from losing my home. They really keep you going and say that the bank requested more info but when I called my bank they never requested any info. They had us fooled

Norton
67
%
This company definitely cares about its customers and responds to overwhelming majority of complaints.