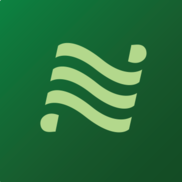 Having problems with National Car Rental?

I'am a customer since(1998) and have always used my Banking card and have NEVER failed to pay the amount needed to complete the transaction w/National. Recently I was deterred from doing my normal rental because of a policy change from using my Banking card that again I've always used.The counter person also stated that I could use my credit card to HOLD the car and upon return I could use my Banking card to complete the final charges, which didn't make any sense.My occupation Police Officer w/ID would be jepordized if for any reason I'd DEFRAUD National or any other business. If my card rental number is needed or my email would help me in any way please email at the following ([protected]@aol.com), and my business number([protected]) Officer Day. 3pm to 11pm daily off sat/sun. Thank you

no credit yet received for incorrect charge

I returned at one-day rental, including GPS system, on May 5, 2009. I was dismayed to discover, two days later, that my credit card had been charged $299.52 for the GPS system which I had returned. After multiple (several dozen) phone calls during a two-week period, to the Customer Service Dept. at National Car Rental, I was finally sent a FAX, on May 15, 2009, by the local rental office indicating that my credit card account was being refunded the full amount. I was told by the local agent that iot would take three or four days to appear on my statement.

A week later, after no refund appeared on my credit card account, I called National Car Rental's Customer Service (again) to inquire about the status of the refund. I was told it would take TEN business days to appear, and that whomever said "3 to 4 days" was wrong.

It has been 13 business days and still no refund on my credit card account. My bank verifies that there has been no money refunded. At my bank's recommendation, I opened a formal dispute regarding this charge.

I have attempted multiple times to speak with an agent or the manager at the car rental office at New Orleans International Airport, without success. Either the phone is not answered, or when it is answered I've been told that no one is available to respond to my inquiry. Today, June 2, two hours ago an agent told me that the manager was on a conference call and that he would call me "in a few minutes." After waiting two hours, I tried to call him at the local location but there was, again, no one answering the phone. I called National Car Rental's Customer Service at their main number to ask for assistance. I was told to call the local number. When I explained that they were not answering, and that I needed some help with this, she did try to call them. She came back on the line and said that "They are being assessed."

I explained that I had been waiting to be called back and found it difficult to understand how the company could manage their "customer service" inquiries in such an off-hand way. She then said that I would, of course, be called back by the manager but that it might be, "in two or three days. " I asked her what "being assessed" means, and she said it means they are "in a meeting."

My experience should be a warning to others. National Car Rental has terrible customer "service" practices. They difficult to reach via phone, they are not truthful about what a customer can expect, they contradict their own information, they do not follow through when they say they will do something (such as refunding hundreds of dollars for a bogus charge!). Most of all, they are almost without exception arrogant and rude when they cannot think of anything else to say in reply to the question, "Where is the refund that you told me has already be processed?"

I got a phone call and this lady said I could get a $40 gas certificate $1000 grocery certificate for...

charging for services not authorized!

Hired a car from national car rental at heathrow airport. Returned sat 5th january 2008. Received a receipt upon return which states car in tact and undamaged. There was previous scratches to the car which was pointed out to the gate when taking other than there was no damage to the car. They made a charge on my credit card of 25 pounds for tires and windshield which I have no idea what they are talking about. This charge was never authorized by me and so amounts to theft.

I am prepared to attend court rather than let the thieves get away with. I am a former british citizen and this reflects badly on the integrity of british business. I will never use them again. I will also be making a complaint to my credit card company.

I wonder how many times they do this. It is criminal no more no less.

I booked a car on line with one of those direct links from an airline - I noticed that it didn't ask for my Emerald Card number (I am an Executive member although it means nothing). The rate was $52 (usd) which also bugged me but I printed off the contract and took it with me to the airport counter in Edmonton Alberta. I was greeted with - I am sorry but we don't have any vehicles right now. It won't be any longer than an hour." yuck. But thats not the worst, when I asked the clerk to add my emerald club number to the file she seemed very confused and asked other people what the message on her screen meant. The she asked if she could have my card back and said shed have to destroy it. WTF?

I instructed her to give the thing back and Id deal with the problem when I turned in whatever I finally got (a G6). I returned it the next day and this time they told me they still had all this information from my previous address and thats why they had a problem. Well she asked me the same questions three times trying to enter it into the system at which point I wanted to say... please destroy my card!

In the end I was charged over $90 Canadaian for the rental - hello, hello our dollar is trading at 98.5 so $52 USD does not equal $95 CDN. I hate this and I am fed up with this company. Won't rent with them again and hate the over zealous exchange rate with arbitrary rates.

Before traveling to Ireland back in February through AutoEurope website I booked and paid (QSP 6141302) for a car rental for 6 days with National Car Rental. After clearing customs in Shannon Ireland on Sunday morning I went to the National Car Rental booth only to be told by the person behind the counter that they have no cars at the moment. Instead I was given a business card and told to give it to Declan at the Hertz Car Rental booth and he would give me the same deal. I proceeded to Hertz but they would not honor the rate confirmed with National Car Rental and on the spot I had to work out the best deal that I could. I did go back to the person at the National Car Rental booth but they were not interested in helping at all. In fact they were obvious that I was annoying them. After negotiating with Hertz the rental charge was $82 more than what I had already paid when I booked with AutoEurope. When I returned from my trip I worked with my credit card company to get a refund from Hertz for the over charge of $82. This accomplishment took numerous letters over a 4 month period. In June I wrote to National Car Rental ("Wilson, Tara" Email User) because all the problems I had getting back what was overcharged was caused by National Car Rental. I told them at the very least they should acknowledge that point and apologize but they replied that my grievance was with Hertz. Again I wrote and explained that they can not take a prepayment for a car rental reservation, then not provide a car, send their customer to a competitor, have their customer negotiate with a new company, get overcharged, work to get the overcharge refunded and not be held responsible. They did not reply. In turn, I wrote to the Better Business Bureau (BBB) because I would not have expected to have been treated so badly by such a large well known company and I did not want anyone else to go through the same experience. About a week after writing to the BBB I received an email from National Car Rental saying that for all my trouble they are offering me a coupon for 2 days free car rental in the US or Canada to be used before the end of the year. Again I had to write to National Car Rental letting them know their offer had no value to me as the only place that I would be renting a car was Ireland in 2008. They replied that they would not send a coupon voucher for any country other than the US or Canada In closing, I would not have thought in my wildest dreams that working with a global rental company like National Car Rental would have been such a bad experience and that not one person at National Car Rental had the inclination on how to treat a paying customer. Your viewers should be aware that even though you pay National Car Rental in advance to reserve a car it does not mean that they will provide you with a car and certainly they will not treat you well. Service I must report is not at the top of their list.

changed the rate when I returned the car

Real Simple. I rented the car at the Los Angeles. I returned the car in Orange County. My weekly rental rate was $148.88 on my original contract. Because I returned the car at the Orange County Airport instead of LAX, they charged me a $75.00 drop fee which I did not mind a bit and fully expected. Then upon my return they changed my weekly rate to $374.39 from $148.88 without notice or warning. I spoke to three people including a supervisor. All three including the supervisor refused to re-adjust my rate to $148.88 which was on my original contract. These people are crooks. They are by the essence of their business practices completely dishonest. Not only would I NEVER consider renting from them again, but I am going to tell everyone I know everywhere my story so other people don't get ripped off as well.

[Resolved] charging me for damage I know nothing about

I was on a business trip in Charleston, SC last month and got a National rental car at the airport, based on...

National Car Rental
54
%
This company definitely cares about its customers and responds to overwhelming majority of complaints.