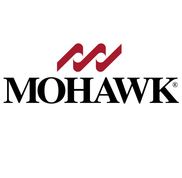 Having problems with Mohawk Industries?

Use this comments board to leave complaints and reviews about Mohawk Industries. Discuss the issues you have had with Mohawk Industries and work with their customer service team to find a resolution.

Lifetime warranty...hardly! Bought our Mohawk carpet and have been having issues with it since it was 6...

Bought into the faults advertising, zoo video - and sales pitch from lowes regarding smart strand carpeting...

Purchased this carpet 4 years ago. Before one year, carpet starts to look soiled. Hired carpet cleaner...

DO NOT BUY MOHAWK CARPET - THEY DO NOT STAND BEHIND THEIR PRODUCT CLAIMS!!!
The company claims that the SmartStrand Carpet is Forever Clean, Forever Stain-Free, Forever Durable, but when we had stains within 6 months, their response is that there was no manufacturing defect even though the carpet will not clean with a Professional Carpet Cleaner. Companies that do not stand behind their products, should not be in business.

Purchased this carpet 8/2013 for the master bedroom of a seasonal residence occupied by 2 adults approx 5...

I purchased the smartstrand carpet from mohawk which is the worst mistake I have made in flooring. After le...

I received a prepaid credit card, the website goes black and asks if i've reached the page in error when I try to activate my card. So I called customer service which says I have entered the wrong information. I can not reach a live person. Is there a problem with the card?

We bought Smartstrand/ Fashion Forward from Lowe's #410 of Myrtle Beach, SC in February. I was in the...

Flooring scratches very easily and leaves white streaks instead of just a scratch. Dealer will not help nor...

We purchased Mohawk Tornado pile carpeting from Lowe's. After about three weeks, the carpeting in the...

I had Mohawk carpet installed in Oct 2010. In Nov I found holes coming in the carpet due to the fibers coming...

We purchased 3 area rugs/carpets for our bedroom. They were the most expensive and the "best of Mohawk"...

I replaced my home carpet after 15 years only because it was out-dated. I was suckered into Mohawk'...

I recently bought mohawk/wear-dated carpet for my home. I had a problem with a juice spill, which is covered by the warrantee. I called the company a have been given the run-around for several months. I feel that I have been ignored, and I feel that thier customer service is terrible. I won't buy another of thier products.

MOHAWK CARPET, AKA EMPRESS CARPET, AKA ALL ISLAND KITCHEN AND GRANITE HAS OPENED AN ACCOUNT WITH GE MONEY...

In August 2009, I purchased 1000sqft of Mohawk's Mirador Porcelain Tile because I was impressed by the demo tile, but it proved to be a huge mistake for the following reasons.

1) No "Made in China" label or country of origin disclosure on demo tile or website:

Several stores told me that this product was made in the USA by Mohawk. But to my horror, it was delivered in plain bundles labeled "Made in China."

It's beginning to appear that Mohawk buys this tile from China, sticks a Mohawk label on the demo tiles, and routinely fails to disclose the country of origin. Shame on Mohawk for deceiving customers!

It also appears that "Shaw Tile Company" sells an alarmingly similar tile to Mohawk's Mirador line. So there's nothing Mohawk or USA about it.

Installation was a nightmare: bowed tile with pinholes and chipped/broken corners along with a single edge that tends to be much sharper than the rest, enough to slice the installer's finger.

Even after the most conscientious and costly installation, the defects are still blatantly obvious and the protruding lips are unavoidable.

It's been over seven weeks since my initial complaint but still no action from Mohawk, not even a call back. My unfinished project appears to be indefinitely delayed and costs continue to rise.

My initial complaint was to the store and an unresponsive Mohawk Field Representative who asked me to leave him some tile at the store to examine, but never showed up to look at it. He expressed that he was confident that Mohawk's tile was within tolerance and told me to continue with installation.

After numerous calls, the Mohawk rep finally looked at the tile, and from my understanding, his company agrees that the tile is defective, but is not prepared to act on my claim.

Mohawk Industries tells me to keep waiting for an answer from the store.

It has been over 7 weeks since I sent them evidence of the defects, and Mohawk has yet to provide me with a viable solution, let alone a call back to let me know the status of my claim.

When I called the Mohawk Claims Department, the Mohawk rep told me that she only communicates with retailers about complaints and not customers. Easy for Mohawk!

I've visited the store countless times but Mohawk doesn't appear to be doing anything with my claim. The store has called Mohawk numerous times but they just keep getting the run-around.

Thus, from my experience, it's fair to conclude that Mohawk Industries has awful customer service, inferior tile, and does not stand behind its products. Buyer Beware!

I purchased a houseful of Mohawk carpet from Gary's Carpet in Houston in October 2006. When the sale...

The complaint has been investigated and
resolved to the customer's satisfaction
Resolved Pino Tile / Mohawk Credit Program — Scam and rip off!

I went into the store and ordered tile. My original intent was to pay by the credit terms that PINO TILE and Mohawk flooring offered. A PINO TILE REP came out and measured. Days later the workers came out to install the tile. A couple days later they were done. Myself and a friend( that I had watch the house while the installers were there) Talked to who we thought was the PINO TILE FOREMAN (He was actually a sub contractor) He said we needed to pay him in full. cash or check/ I paid almost $3000.00 in cash and check. YES I had them mark it on the receipt.

A year passes and I got a letter from the Mohaw Credit Card Company they said I owe them $2900.00 for the materials purchased from PINO TILE. I advised them that I decided not to go with the credit terms (a year ago, at the time of installation)and I paid cash. I sent them the forms showing the receipt. They charged it back to Pino Tile. Then PINO TILE sent them a letter disputing the charge back.

SO the company sent me a letter stating I owe them almost 3000.00 for the Materials and interest. I asked PINO TILE to contact the sub contractor... magically was no longer in business. I asked for the contractors form stating the job was completed... it also magically was never turned in by the contractor. I have witnesses and a receipt that i paid cash and check... the store didn't even investigate the contractor????

Mohawk Industries
62
%
This company definitely cares about its customers and responds to overwhelming majority of complaints.