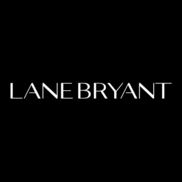 Having problems with Lane Bryant?

I'm an online live chat, Tre T the assistant was racist towards me. This is not acceptable. I am including screen shots complied into one image. They are not holding up to their campaign for diversity and inclusivity campaign launched just over a year ago. Since that claim to to promote diversity and inclusivity, I asked simple questions about where I could find items. It ended the in a racist comment and Tre T shutting out the chat abruptly

To whom it may concern, This email to go to the LB CEO, HR, or anyone who cares about the employees.  I...

I visited the AftonRidge SC 6210 Bayfield Parkway Concord NC 28027 location. I must say that Joyce was very...

I placed an order on December 8th for four items, which was two pajamas gifts sets, and a pajamas set that was sold separately which consists of a top and bottoms. I never received an confirmation email regarding the order. I called Lane Bryant and spoke with a representative who gave me the order number and said my items will be delivered by December 16th. However, a few days later, only my pajamas top was delivered. I called back, and the representative told me that my two pajamas sets were cancelled due to not being in stock, and they were in the process of shipping out the pajamas bottoms. I waited and December 16th came and went, I called back and spoke with the representative Julie, I explained that I will be leaving to go out of town and I won't be back until next year. She explained that they will be able to expedite my package for either 12/21 or 12/22. She said they will send me an email regarding the order. However, I never received an email regarding the order, the only email that I received was a customer service email regarding if I was satisfied with the call. However, I called Lane Bryant on 12/22 and spoke with a representative name Kim- reference number [protected]. Kim was rude, disrespectful and refused to listen and understand the situation. She kept asking for the new order number, which I did not understand because I never received a new order number. She said in order for my shipment to be expedited and new order number was generated. I explained that Julie the previous rep. used the term expedited and did not provide or suggested that I will receive a new order number. Kim refused to listen and kept repeating herself. I offered her the name of the representative that I spoke with, she replied "we don't do name, we look at notes." She displayed lack of compassion and empathy and when I asked to speak to a supervisor; it was like she ignored my request and continued to speak over me. She insisted that she will put me on hold, later she returned to the call and gave me her name and reference number before she transferring me to the supervisor Thomas. Thomas was nice and understood my frustration. He answered my questions regarding the order and explained that due to the postal service, very little can be done. He attempted to rectify the situation with a coupon, but I explained that I don't want to conduct business with Lane Bryant any longer. At this point, I would like to return the item that I did receive in the mail, and if the pajamas pants is delivered; I will be returning them as well. I will not conduct business with any company that allows employees to display this level of disrespect and also unable to provide me the service/product in a timely manner.

Basically, I was charged more than I agreed to on an online order. A recent promotion was get $100 off $200 order. I placed an online order then received an email stating my order was updated. The updated information was canceled items from my order. When the items were canceled this brought the actual order total to under $200, therefore I did not receive the $100 off. I call customer service and spoke with a customer service supervisor name tom or thomas who explains I got a good deal anyway without the $100 off and why I was complaining. Honestly, I never spoke with anyone so rude. I love lb! Because of this rude employee with title of supervisor I will never do business with lb or any of their other companies in the future.

Your store hours got changed due to covid. Sign on door says you will open at 12:00. Got to store at ten and [protected]@ited. At five minutes to twelve you put up a sign will open at one. Several customers left mad... Ups could not get in for a delivery. Terible service... The staff saw all the people waiting and made no apology for the inconvience.

Years ago your panties fit correctly. They covered my bottom. Now they don't. Bought a bigger size, but still yet they just ride up my back, past my pants. Wish I could say it was me that I'd gained too much weight. But sadly, no it is the decreased quality of your product. Or maybe it is a lack of variety to fit every woman. But they had fit at one time. Please improve your product or I will be forced to go elsewhere.

I had my jeans for three or four months and ripped in between the legs because they are not made to last...

I bought my wife a sweater for Christmas at the Lane Bryant store in the Citrus Park Mall in Tampa, Florida...

I purchased a year ago my sports bra and 2 cotton from lb. I spent quite a bit on these items, but now the sports bras wire is poking through and is so painful to wear. I tried to see if I could sew it but it can't be done. The 2 cotton bras have no support anymore. They were so comfortable when I purchased them but a year later and I literally can't wear them anymore. Is there anything that can be done?

I am writing this in regards to an experience I had with a Mr Chavez when calling to discuss my payment options on my Lane Bryant and Victoria Secret card. I have missed payments and was calling to discuss payment options. Mr Chavez was very short with me and when I repeatedly asked about the hardship offer he kept not answering me about it. He was very condescending. I have had a hard time and gotten behind on payments with several credit cards. He was the only one that I have spoken to that I felt like he was attacking me instead of trying to help. I have never complained on a person before but after the way he made me feel I would hate for anyone else to feel the same way.

Lane Bryant — an employee of lanebryant

A week ago I visited lanebryant at the greece mall in Rochester ny. While I was shopping in the store. My...

I received my new card in the mail and hadn't activated it yet. I finally did and was transferred to a customer service rep. I verified my name and address. For whatever reason the rep could not get my street address correct and I repeated 3 more times with her still not hearing it correctly or what ever reason. She started arguing with me to slow down and not to talk so fast. After enough of her sassy nasty attitude, I asked to speak with someone else and she immediately got mad and said there was no one else and she stated she was the only one and to just give her my information again. I asked again to speak with a supervisor and she hung up on me.

On yesterday September 7, 2019 while shopping at Lane Bryant my daughter was follow around the store while I was trying on clothes. She stated each time she brought an item from the fitting room to get another size. Three of the workers were following her and watching. I spent $189.00 for my daughter to feel uncomfortable, beside that I was over charge. I brought a strapless bra to be exchange or return. The clerk charge me the bra again, she did not exchange the item. Now on a beautiful Sunday instead of relaxing I have to bring the item back for a double return. I love shopping at Lane Bryant it is my favortie store. Yesterday was truly hurting. I told my daughter when she goes back out to tell the clerks "can I help you because you guys are watching me toooo much."
She did not because she does not like confrontation. Store number 06242.

Lane Bryant — I am complaining about no one seem like they can't help me!! I had a issue with my insurance company and that resulted in a check being returned.

I am very upset and thinking about no longer shopping at LB. I have been trying to resolve this every since...

Went to the arrowhead location in Glendale Arizona and I have the worst experience ever. The girls on the...

To whom this may concern:

I am disappointed in Lane Bryant's customer service department. I earn $75 in real women dollars that expired two days ago. I reached out asking if I could have an extension on the RWD to purchase items through the website today and was told no. Given the amount of money I spent through Lane Bryant, I expected that such a minimal exception could be made. Given the size of the corporation one would think the company would want to maintain its regular customers.

I would like someone to reconsider the extension request for my $75 RWD. It is not considerably a large amount of money to make a customer happy. But would definitely show you had excellent customer service and care about your shoppers.

Please reconsider so I can continue shopping with your store. I really don't want to take my business elsewhere but out of principle I will. Word of mouth goes a long ways and I'd love to share that Lane Bryant stood by its customer

Ok on i believe 8/2 i went on your site after seeing a email for $20 off full price bra well i looked around...

"Detria" who works the register was very rude! very rude to the point I had to hold my composure. I will...

Lane Bryant
10
%
There is some slight activity coming from this company when it comes down to resolving complaints, but so far it's neither timely, nor relevant.