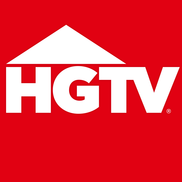 Having problems with HGTV?

I have watched hgtv since it's inception. However, i'm not thrilled with the current programming. Gone are...

I received an email out of the blue today "thanking for my order" and telling me that I owe them $18.

Upon searching the web, I found two similar complaints, one of which provided the phone number to call (thankfully!). That phone number is no where in the mystery invoice email or on the hgtv and hgtv magazine websites.

I am repeating that number here in case this happens to anyone else so that they know exactly who to call: [protected].

The customer service representative told me that I "ordered" the magazine when I entered their hgtv smart home sweepstakes.

This is total and utter crap and a scam!

I have entered hgtv sweepstakes (dream home, smart home, etc.) for years, and I have never had this happen to me. Nor do I "select" a box ordering a subscription.in fact, I don't check any boxes for info on their other websites, etc.

I am so disappointed in hgtv and am also notifying the bbb of this scam.

If this happens to you, please call the number above and demand that they cancel your account and ask them to send you a confirmatory email so that you can prove you requested this, should they decide to try again to collect from you. Thankfully, I did receive such an email from them as soon as I called.

Unbelievable. They have lost a long-standing supporter and I will never enter their sweepstakes again.

I have been emailed, and have had bills sent to me from hgtv saying that I owe them money for a magazine that...

the subscription I didn't order.

I received an email advertising an online sweepstakes which stated that no purchase was necessary, but advertised a subscription to hgtv magazine. I did not subscribe to the magazine, but later received a “confirmation” of an order for the magazine. When I attempted to correct this error, I was asked to wait before attempting to unsubscribe or to contact customer service.

This is clearly a scam and I think that both hearst and hgtv should be held responsible for unsuspecting people who are taken in by this fraudulent offer.

I want to make sure that no attempt is made to collect or harrass me for their unethical practice.

I subscribed for a 1 year membership ($20) because I wanted to get hgtv magazines. I did not like the digital version, because it was hard for me to read, so I subscribed to get a printed one. Never received a singe magazine! I contacted hgtv tons of times asking why there was no magazine delivered and they simply did not reply. They I sent another message and asked them to cancel my subscription and demanded my money and again they ignored me! Such a waste of money!

In september 2015, I decided to subscribe to hgtv magazine by mailing in the small postcard that's frequently...

Hi, I received an "offer" from hgtv magazine stating the above if I renewed my subscription now. So, the...

Entered sweepstakes to win a dream home and unknowingly resulted in an automatic subscription. I have been entering these sweepstakes for years. I called [protected] and spoke to a lady name deja, who informed me that the sweepstakes I entered noted that I needed to click somewhere in order not to get the automatic subscription. This is a farce! I could understand if I had to click on something to subscribe (which I would not do); but to have to read further than entering the sweepstakes for something that I did not know was an automatic thing, is unreal. I am a big fan of hgtv, but this crosses the line.

Hgtv contests are rigged. Every winner is ready and waiting for the door bell to ring and then come tho the...

I am also a victim of this scam. I received an email containing my "payment due immediately." when I called...

I am very concerned about the contest that you held recently for the home viewers of the hgtv dream home in...

Hgtv has a bogus backyard giveaway contest. The catch, you have to answer a servey for numerous product...

HGTV
0
%
Doing nothing would be this company's favorite pastime, if they had the energy for it.