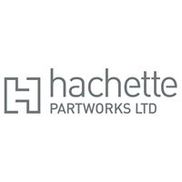 Having problems with Hachette Partworks?

In September last year, I took out a subscription for the Build the Hogwarts Express, but already had a subscription to build the Spitfire. When I got confirmation of my new subscription, my finances changed, forcing me to put one of them on hold. I decided it would be the spitfire. I received an email telling me my first issues for the hogwarts express would be arriving within 28 days. This never happened. I tried asking customer services where these issues was but got nothing, until a couple of weeks ago, where I was told, this will not be issued as yet, ( & may never be issued). I asked for my subscription to the Build the Spitfire to be restarted from where I left it, (issue 4), & was told I could only restart from issue 27, & hope that issues 4-26 will be available. I did say that this is not acceptable, as I would be wasting money on trying to build something that could not be finished. I was told to purchase issues 4-26 in one go, (which is something I can not afford to do, due to my finances), & restart my subscription from issue 27. This has put me off ever build any more models, & feel this is a disgraceful way to treat customers who spend thousands of pounds on the models. I have experienced this from other companies in the past. I have mental health issues, & building models was my way of staying calm. This has caused me a great deal of stress, & am considering taking this much further.

In September 2020, I took out my subscription to the above build, & was given a subscriber number &...

Hachette Partworks — Undelivered issues for which I have already paid

I subscribed to the above series. I paid for each and every issue on debit order. They failed to deliver 9 parts in the series. I lodged this complaint with them on 18 Sept 2019. I had to follow up with them on numerous occasions to get a response, and eventually I was told that some of the issues had been dispatched - they did not arrive. I then followed up again - after much to-ing and fro-ing this is the response I received:
"Thank you for your email.
I am very sorry about this.
Unfortunately, we do not run this collection anymore, so we will be unable to send out any issues or refund for this. We do not have this collection or accounts on our system also.
Please accept my apologies again for any inconvenience caused by this.
If there is anything else we can do at the moment please let me know.
Kind regards
Ellie"
Does this company really think it's okay to take money out of your bank account, not deliver, lie about saying they have sent you stuff and then change their minds, and not at least refund my money?
This is actually theft... apart from the fact I now have an incomplete series...

I have sent this email to them 3 times and not received a reply. they have now stopped sending me copies and...

Hello, this morining i used the live chat to try and finally get some answers to why issue 26 of build the...

Cancelled my subscription in January 2019 and have received no further issues, no letters or confirmation of cancellation and then I receive a letter in August 2019 threatening further action because I owe them £39.96. Tried contacting customer services and get no sense from them requesting details of the last issues received, no understanding that as this was 7 months ago I have no idea!

I am very very angry, Tell me why have this company taken money out of my account. Fair enough they've put...

I subscribed to this companies "Build the Flying Scotsman" series, having purchased the first copy in the...

Hachette Partworks
11
%
There is some slight activity coming from this company when it comes down to resolving complaints, but so far it's neither timely, nor relevant.