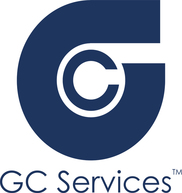 Having problems with GC Services?

ComplaintsBoard.com is not affiliated, associated, authorized, endorsed by, or in any way officially connected with GC Services Customer Service. Initial GC Services complaints should be directed to their team directly. You can find contact details for GC Services above.

Use this comments board to leave complaints and reviews about GC Services. Discuss the issues you have had with GC Services and work with their customer service team to find a resolution.

They just took 2381 from my account for sprint and Sprint can't even pull me up at all or the payment and I'm trying to het my money back and they keep tranafering me to. Back and forth to all these other people who are not helping at all they took every little bit of money I had with out me knowing about it until I pilled up to get gas and didnt have a dime in my account

You need to stop calling people that are on the do not call list. No I do not need to give you my name...

Product tags-47002G1
Barcode-[protected] 5
I've bought this watch long ago but I had wear it on my wrist not more than 60 day and the rose gold colour came off . I felt like- I was been cheated. I was blaming myself that why I've bought the watch and was too shy to talk about this with anyone. Recently I've visited a Guess shop without noticing that it was a Guess shop and when I realised that it is a Guess shop, I was walking out from the shop and one of the shop assistant asked me that how he could help me...
with regrets I've told him the story and suggested me inform through online.

8/15/2017 Received a call from GC Services claiming to be an attempt to collect a debt on my student loan...

GC Services — taking money out of account unauthorized and unethical.

Hello i don't no if i signed up or not too your company but i am complaining about the amount off money that was taking out off my account by GC. I received no help on my bad credit and poor decisions on Trying to get a loan On October 18th 2016 GC took £ 250 off me in 3 installments. I am a poor man with gambling problems, who didn't see this on his bank statements until this week 16/01/2017 assuming i had spent it myself. I would appreciate my money back please as i am in a bad situation at the moment.
Thanks Craig Penn.

Was called about the 1st of October of 2015, they were representing American Express. I made arrangement to...

The people that work for GC Services are a bunch of liars, they tell you anything to get you to pay the full...

I've received several phone calls of late. The first from phone number [protected] this was last Friday the 19th… the caller left a voice-mail, with a huge sigh, and anger in his voice he told me his name is John Washington who works with GC Services. He wanted to let me know that he received an order (by fax, so it must be serious) to garnish my wages. This was done through the attorney’s of Anderson, Scrum and Wachowski a law firm so secret nobody has heard of them before… John told me that I would be served at my place of employment or my home. So I waited as long as I could then I went home and still I wait and no visitor’s.
The second time John Washington contacted me (today) again leaving a voice-mail upping the ante, anger and urgency of his call. John told me his new title… ready folks.. He is no longer just working with GC Services. John is now the Lead Arbitrator for the arbitration department of GC Services. How very impressive, and somewhat god like… He was practically shouting into his phone as he told me that as a “courtesy” lol. John was letting me know he had just received a garnishment order, today. But wait this is different than the order received on Friday... First off it's now from law firm Anderson, Cappelli and Brown? Now this is either a new law firm or one that has a high partner turner-over rate.
Just to recap, in two days, over the weekend, yep since Friday Scrum and Wachowski are out and Cappelli and Brown are in plus John got a promotion which would probably explains the new phone number he called from today which is [protected]. Incredibly enough in two days since the promotion, John relocated from California (area code 714) clear across America to New York (area code 716). And John was able to coordinate two law firms on both coasts to send him a terrifying "fax" stating they have ordered a wage garnishment. Do law firms have the power to make judgments and execute orders? Because I wasn't invited to any court case, but I'm not a lawyer so maybe I didn't need to be there.
I don’t have my name listed on my voice-mail, however GC Services, feels confident enough to leave rather private information on an unidentified VM and includes the last 4 digits of my SS#... I’m hoping he calls tomorrow I’m anxious to see what new developments have taken place in life and times of John Washington, L.A.of the A.D. of GC Services, how I love the frustration in John’s voice… He’s a real go-getter…you’d think with all this luck (sorry skill) he possesses I’d be shaking in my boots a little... But sorry Tex’ I don’t wear boots…So if you’re contacted by GC Services don’t answer let this play out over VM… It’s funny at least to me… and it will help my harassment case in the future... but if you’re bothered by it… block their number(s) it might take some time… and if you hear from John Washington, L.A.of the A.D. of GC Services congratulate him on his promotions and his recent move across country. Oh be sure to tell him that Joey is laughing at him. :-)

The complaint has been investigated and
resolved to the customer's satisfaction
Resolved GC Services Limited Partnership — rude, not supportive, ageist

GC Services is trying to collect from a traffic ticket I paid off in full and on time in 2007. Fast forward to 2012, they are not trying to collect over $700 from me. I have verified with the DMV and Los Angeles Superior Court that there is no hold/warrant on my driver's license. I have called GC Services over 5 times during the course of 1 month where they said they have tried to make contact with the court to verify this information but have not been able to get a response. They have supposedly sent 2 letters to the court and when I asked them to call the court, they told me to call back. I have all my receipts from my payments and I'm not sure what to do next. I'm afraid that they could make a mark on my credit card, even though my account should've never went into collections in the first place because I paid everything on time! Any advice or similar experiences would be helpful. Thanks

Been getting calls from this effin company every 15 min for almost a month. I work graveyard shifts so I do not answer my phone during the day. I finally was able to speak to a Supervisor named George and he was a complete and total DICK! His condescending tone as if I did something wrong to them was astounding! I don't even know what they want, I never even got that far because after I told him how rude he was being to me, he began raising his voice, got very defensive n told me to have a nice day and hung up on me. I'm going to assume they are a collection agency and want my money, but if your ### of a supervisor can't even have a decent conversation with a customer that only called to voice her concern of repeated phone calls everyday, why the hell would I even want to talk to anyone else. George needs better training and needs to learn how to deal with customers even if they don't let him talk when he wants too! You want someone's money, you better learn how to listen and respond!

I made an agreement with AMEX and have been paying my bill for over a year and for the past week this company is now telling me that I need to pay them not AMEX? I called Amex and they said I could still pay them online like I have been . Today I got a call at work - This is very unfair it not like I have not been paying my bill or I am late . I spoke with GC service and let them know last wwek that I will make my May 1 st payment to Amex on time like I always have and I don't want to be harassed!

The complaint has been investigated and
resolved to the customer's satisfaction
Resolved GC SERVICES/FOR THE COURT — scammers!

GC SERVICES IS A COMPLETE AND TOTAL SCAM. I HAD A TICKET THAT WENT TO COLLECTIONS. I OWED $364.00 FOR THE...

GC Services, I regretfully worked for this company and I would like to pass on some knowlege that maybe able...

GC Services: They are the worst collection agency ever! The employees are belligerent and appear to be...

This is the second time i have had money taken from my account and no one can tell me why this matter i...

GC services are rude and liars!! They took my tax refund and never told me about. My student loan went into...

One of the worst collection companies I have had to work with. Rude, and unwilling to listen. Amercian Express would be better served to bring their collections in house.

I had recieved constant harassing calls and finally had to request all communication in writing. The only thing anyone there is interested in is getting money, with no guarantees of payment in full or other communciation that would provide full pay off documentation.

They would keep switching the callers, never have a number to call back, never put anything in writing.

My hope is that you never end up having to deal with this piranha of a company.

this student loan was obtained via fraud in 1995. Five years later i found it on my credit report. i have...

GC Services called a friend of mine who happnes to be an attorney and states they were with a law firm and...

GC Services
42
%
This company is on the right track to keep up with incoming complaints, but there's still plenty of work to do.