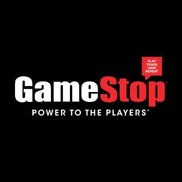 Having problems with GameStop?

My name is Malcolm Richardson. I own Beat That Guy Gaming (BTGG), the only traveling indoor/outdoor eSports/gaming company in Alabama. We are looking to get some information about sponsorship, affiliation, or support for our local gaming communities. BTGG has had great success in working with your stores in the past 2 1/2 years. It has been mutually beneficial for GameStop and BTGG (examples: Birmingham Bowl, Vulcan Birthday Bash, etc.). Store managers and associates in District 807 are very pleased with the stores' performance on the days we hold events. On these days, the stores see an increase in foot traffic as well as sales increase. It also gives the GameStop motto "Power to the Players" meaning.

We have been working together now for one year to make sure our performance is our best and with little to no compensation. Numbers don't lie, but 807's District Manager, Andy Harper, has not been honest with us. Mr. Harper has given BTGG verbal promises during this time of passing our information up to his supervisors to get BTGG into more stores. BTGG was also promised by Mr. Harper connections with outside entities so that we may begin invoicing people for our services when we do joint events with GameStop. We are a gaming company coming to our local stores, helping bring in business and boosting sales on release dates. We have done these events for free with the promise of future pay outside of GameStop. BTGG has recently been told by Mr. Harper that we are no longer allowed to work with the local stores. This severance is due to an event coming up at the University of Alabama where I asked for contact information to send an invoice to so that BTGG would receive payment. I was told by Mr. Harper that I was angry in asking for this information and that he never promised BTGG contacts for payment. BTGG asks that we are allowed to continue working with the stores. BTGG also asks, if contracted to help with an event, that we receive payment for said event.

We are not trying to bill GameStop for our services.

Thank you for your time.

The links below are for our social media as proof of events we've done with GameStop as well as BTGGs own events.

I have an account with gamstop and have since April 2019. The reason I registered with gamstop is to stop gambling as it was causing me a lot of issues. I took a downhill turn and decided I wanted to start gambling again. I tried to register on a number of online gambling sites and rightly so I was refused and wasnt able to register. Then I set up an account with william hill who i was registered with before. I used a different email address but same name and other details. This was end of June 2019. They verified my ID and proof of address so they knew exactly who i was and atill allowed me to register and lose a lot of money. I contacted William hill several times about this and proved to them I was registered with gam stop. They blocked my account again but wouldn't refund me any money. They told me to contact fam stop. I have contacted gamstop on many occasions since June and throughout july and they have failed to respond to any of them. They have failed me. I registered with them because I had a problem and paid for their service. They have failed me, my depression has come back and they don't even bother with responding. I want to claim for my losses and compensation. Gamstop are a joke and responsible for people ending their lives.

I bought an Xbox One pre-owned controller and it's A button and LB button do not function properly. When both of the buttons are pressed they are so loose that they don't press in all the way and there is a low chance that the button that is being pressed is even pressed. There is also a problem on the bottom of the controller and I can't plug my earbuds into the controller so I can't talk or listen to the game and my friends through my earbuds.

We bought a ps4 with one year warranty. Had issues and was told to bring in and for 40 can have it swiped clean. We thought that was protocol when getting a system in and buying used but paid 40 any way. Now it is not working at at due to blue ring of death and after son talking with manager was told nothing they can do even with the one year warranty which I have receipt. Son after being told that stated he thought he had one year warranty but was told there is nothing they can do and my son threw ps4 away. Why pay for warranty when it is not going to be validated for an employee who should have cleaned and checked system. My son is handicapped and that is his favorite form of entertainment since he can't get out much due to seizures and I just so frustrated on how this was handled and disappointed in a company I thought was good with game products. Sometimes you see true in a heartbeat.

I went in the store today 4pm to return 2 One recon 50x headsets (refurb). there was an older white lady behind the cash register that was not customer service trained for her position to represent Gamestop. She stated that I had to wait 20 minutes in order for me to recieve my funds for the return. I ask where is that written in company policy?
She also stated that I could not return one of the headset becuase the 30 days has expired for return. I told her that I did not have my receipt on the first purchase when I return it about 2 weeks ago, she then said why dont you donate it to the salvation army..lol. I do understand that both of these product were refurbished items, I was willing to try another one, so I purchased the second one in hopes that it would work correctly and when I have time I would return the first one. Both were defective. Just based on this person attitude is the reason im filing this complaint.
If you have any questions to this matter, you can reach me by email- [protected]@aol.com or call [protected]. Gary Armstrong.

My name is Susan Dreiling and I live in Deerfield Kansas. I am a Gamestop Pro Reward member and have been for...

I am reporting this company since instead of filing a return for the two purchased items from Rotita Website...

Gamestop decided to cancel my order without attempting to contact me. When I told them I didn't authorize this they told me I would have to place the order online again. The items are not available. They told me I was just out of luck. Very terrible customer experience. I attempted to contact Gamestop and they refused to address or fix the issue. I have contacted them a few different times and there has been no response.

This young man was very disrespectful towards my father and I because as soon as we walked into the store it...

I was misgendered in this store!

I was trying to return a game and get a refund and the cashier refused to give me my money back. He kept on...

I was trying to return a game and get a refund and the cashier refused to give me my money back. He kept on...

I was in the Idaho Falls Gamestop in the mail when a women immigrant hispanic with 3 teenage kids went to buy...

This guy named ed is a complete jerk to me and my family everytime we come in. He abuses us and refuses to...

I bought three for Xmas gifts, and one of them won't work. Took it back and was told that I need to pay v$50...

Wanted to order game online because i had a coupon that was for online only. Couldn't get it to work for over...

In the last few days I purchased a playstion vr from gamestop. On the box was a 3"x4" label that said...

I went to Gamestop in Goldsboro, NC Weds. 12-5-18. They did not have an actual copy of the two games I wanted. The clerk said they would be hard to find as they came out earlier this year. So I bought two digital with codes. Nothing was explained to me that these could not be returned. I spoke with my sister that evening and she told me my nephew would not be happy with just a code. He suffers with OCD, Tourettes. This means when things are not as he is used to, he gets very upset. I returned to Gamestop Thurs. 12-6-18 and was then informed that they were not refundable. I planned to get the actual games through Gamestop on-line. I am very upset. I have purchased 2 PS, 2 X Box, 3 DS, and a multitude of games, most, when available, are Gold or Ultimate Editions. I will no longer buy from Gamestop. I should have been informed of the conditions with digital code copies. I also felt as though the clerk was irritated with helping me.

GameStop
1
%
Doing nothing would be this company's favorite pastime, if they had the energy for it.