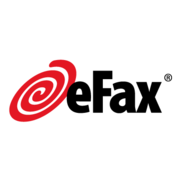 Having problems with eFax?

Be careful of j2 efax. They offer a free trial of their fax service. The trial does not work, your faxes are...

I have been an eFax customer since 2003. Have not used the service at least for the past 4 years. They would automatically charge my credit card annually without any pre notification. On 11/18/10 when I got my credit card statement, I noticed a charge for $139.95 for my yearly subscription made by eFax on 11/9/10. I called eFax customer service immediately. Customer service was basically rude and finally agreed to refund only $127. Stating that I had called more then 7 days after the charge was made and they are taking $12.95 for that. When I told them I received the credit card statement only on that day and came to know about the charges and they was no pre notification from them about this charge, they told they are not required by the contract to return any money nor give notification. I asked to speak to Customer Service supervisor and was denied stating the supervisor is very busy. Their website also does not list their leadership info to complain

Basically here is a company at this digital age that is very expensive, very rude, zero customer service and looks at only swindling customer’s money. Should stay away from company like this

I was an efax client for more than ten years. It is on my business cards, letterhead and all emails sent to clients since 1999. I had the IRS send me copies of all my information, W-2's and tax returns for the last 3 years. One week later I called the IRS back because I did not receive the documents. They told me all were sent. I tried to log on to Efax, to no avail. When I finally spoke to someone from Efax, I was told my account was closed and another person had my number. This person now has all of my tax information, SSN, address, phone number, AGI, etc. Anything they need to steal my identity. Do not trust this company.

Don't do business with efax!!!

Efax won't refund any money if you cancel your service. If you tell them in july that you will be cancelling your service at the end of october when your annual billing runs out, they will immediately cancel your service and not give you a refund for the unused months. They say it's all explained in the terms of agreement that you signed.

When I told them that the better business bureau had received 135 complaints against them in the last several months, they said they were aware of it.

I had no prior knowledge of this company until suddenly I was being charged a monthly fee. This started in July. I immediately contacted this company and explained that I have never given out my bank information and never signed up for this service. I received an email back stating that they would need the date and amount that was charged and they would look into it. I gave them that information. There was no charge in August but at the beginning of September there was a charge again. I have since sent them the information again and shortly I will be talking to my bank and blocking them from my account. I am also considering switching accounts so they absolutely cannot steal my money.

I signed up for the free 30 day trial to send one fax, I have now noted they have take 36.32 from my debit card for nothing! Can you help me get this money back? [protected]@o2.co.uk

I used eFax services with a toll free 866 # for a few months for my medical practice, then switched to a...

I cancelled my service a month ago because when I took a close look at my bank account, they were debiting my...

I have never signed up for the J2 EFAX PLUS Service.
They are taking money from my account each month and the bank cannot stop i. When i try to contact J2 they tell me they have no record of me having an account with them so they cant stop.

What can I do.

All eFax users receive large amounts of unsolicited fax advertisements and are often forced to pay for them. j2 Global, the parent company of eFax, not only sends its own advertisements to eFax customers, but also gives customers' information to third party advertisers. These junk faxes quickly add up and often cause customers to breach their free quota of received faxes.

Has anyone else breached their quota because of these unsolicited advertisements?

It's nearly impossible to cancel eFax. After 5 years as a customer and 2 years of no use I called an requested to cancel the eFax service. I got the run around -had to call long distance to a non 800 number was transfered 3 times ended up with some global service outfit in France i think Finially convinced him to cancel my service and refund the billing for another year of service that was billed the week before. got a cancelation number guess what no refund - contacted amex gave them the date and the cancelation number i was given efax says that was a chat number with the cancelation department - what the heck do they think i was chatting about???? Stay away from these guys they use totally unscrupulas business practices. Make sure if your friends ask about eFax that you get them to look upreviews like this from ex users. we all can't be wrong! Way to many stories the same to be chance these guys will not let you cancel. STAY AWAY!!!

theyre a bunch of scam artists

I ordered the "free" trial and they billed my credit card anywayfor their nomal monthly fee. I tried to...

I recently signed up for a 30 day "FREE Trial" of this service. I did understand that the FREE Trial meant no subscription (normally �7.50 pm). I was amazed to find after a couple of weeks I had been billed �6 +VAT x 3 - just over �20.

I couldn't justify the account on the subscription alone and have requested they cancel my account (3 times) plus refund or explain. Nothing happened - so I called then today. The explanation is I am charged 6 pence per page (I understood) per minute.

This 2711 seconds for 7 pages is where something is strange. This equates to approximately 45 minutes for the fax and a charge inn excess of �2.00.

My Total appears to be around 56 pages approx 264 minutes (this is over 4 hours and I am sure the receiver would let their feelings be known had this really taken 4+ hours).

Obviously this is an algorithm or process that the customer has no control over. Seems like a proverbial scam to me!

cancellation of service with 24 hours notice

I purchased an "eCall" 0845 telephone number from eFax (a j2 Communications company) 5-6 years ago, and it has been our company's main telephone number since that time. In late 2008 we renewed the telephone number for another 12 months and paid for the 12 months in advance. Yesterday we received notice that they would no longer support the number and were withdrawing the service with 24 hours notice.

When I called them to ask why they were cancelling they claimed it was a decision by their telco provider to withdraw the service and it was outwith their control. They then directed me to another company called eReceptionist (another j2 Communications company) where they said I would be able to keep the telephone number and transfer it to them. When I pointed out that if I could transfer the number then that number must still under the control of the parent company (j2 Communicaitons) so the decision to withdraw the service was an internal decision. They admitted that it was, but there was nothing they could do about it.

After being a customer for several years with no problems and renewing the contract for another year - with several months still to run - its extremely poor service to provivde 24 hours notice of cancellation. That's bad enough, but we've also spent several years marketing our telephone number to our customers and prospects, and had all our literature and header paper printed with this number, and now all that work will have been wasted as our telephone number is about to stop working because of an internal business decision.

My advice, don't deal with this company. There's too much a stake when they can cancel a contract (and a pre-paid one at that) at any time, and if your business is relying upon the service and your telephone number is widely marketed, you could be wasting a lot of money.

faxes with sent confirmation not being sent

Sent an important fax three times as a pdf file. Each time confirmation given by eFax that fax was sent along with the size of the pdf file.

Fax was not received. Phoned India tech support. Was told that pdf not supported. I said that eFax's website said that pdf WERE supported. "Yes, sometimes" came the reply.

I tried unsuccessfully to talk about the wider issue of the damage I had suffered but supervisor would not come on the line - instead he offered me $2 credit.

I looked at their corporate identity: J2 Telecommnication LLC in Los Angelese no longer exists according to the California Secretary of State's website. No one answers the telephone listed on the efax domain record.

Anyone know who in Government would be interested in pursuing this?

I had a free eFax account for several years. Printed my eFax supplied fax number on thousands of cards. When people told me they had sent me faxes I tried sending one to myself. I didn't get it either. I contacted eFax customer service and was told my account was cancelled. They quoted me terms of service that stated they have the right to cancel service without notice. There was mention of spam reports from their advertisers that I have no idea of what they were talking about. I was also told my number had already been assigned to another account. Think twice before using this service. You have no control of the fax number they give you and they can take it away from you without notice. eFax response: Section 12 explains the termination policy and that eFax can terminate any free account without notice.

My staff used my credit card to get the services of J2 EFAX PLUS SERVICE in the conduct of our operation. The company has ceased operation since middle of last year. The company has closed down and I have lost communication with all of my former staff whom i gave instructions to officially cut serives. Unfortunately, after more than a year of stopping operation, J2 EFAX PLUS SERVICE bill continue to appear in my monthly AIG credit card billing ($ 16.95).

In this regard, may beseech your merciful heart to stop the monthly billing. If this is not the proper office to address my concern, could you please direct me correct authorities. You may email me at [protected]@yahoo.com for any directive or verifications.

Thank you very much.

eFax
0
%
Doing nothing would be this company's favorite pastime, if they had the energy for it.