132 complaints
4 resolved 128 unresolved
File a complaint Table of contents
Claim listing
Is this your company? Claim it and get a lot of features. Read more
Click here to get notifications about new complaints of Dan Murphy's. We promise not to send you any unrelated messages
Click here if you’d like to unsubscribe from notifications about new complaints of Dan Murphy's
Share
ComplaintsProfile
ADVERTISIMENT
Resolved “unhelpful staff”

J
Janet Murphy of AU
May 05, 2018 12:07 am
Verified customer This complaint was posted by a verified customer. Learn more
Featured review
This review was chosen algorithmically as the most valued customer feedback.

Hi there, My name is Janet Murphy and I live in Cairns. I recently received your free May magazine or buyer's guide. It came wrapped in plastic. Cairns has no recycle facility to absorb soft plastic so your wrappers now stand to be buried in landfill or end up in the water (magazines discarded unwrapped on to street from letter boxes plastic getting...

Me and a family member of mine have been a customer of Dan Murphy's for many years Today on the 28/4/2018 I had gone in to the Torrensville store in SA Adelaide south Australia to purchase a slab of beer and the customer service attendant had asked for my Photo I.D I'm 29 years old and turning 30 in October I am Highly Offended by this situation and...

I received a request for feedback on a product and services purchased from Dan Murphy's on line service, I responded to their request and told them my opinion of both the product & the service. (Copy of my feedback attached).
The next day I got a reply back declining my review. ( Copy attached of the declining of my review).

I am quite offended by the procedure that was used by the Dan Murphy's team in declining my review, you ask for an honest opinion on your product and services you get an honest opinion and if it does not suit even though the truth that is a total bias in favor of comments that only suit your glory not necessarily the truth of the matter.

Looking forward to your unbiased response in this matter. 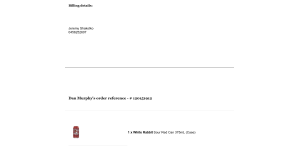 Dan Murphy's - Order not received, business uncontactable
We placed an order for some liquor via standard delivery on September 29, 2021. Order # 120151912. After much trouble contacting... 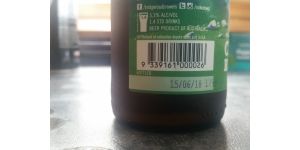 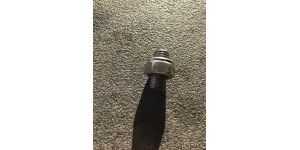 Dan Murphy's - nut and bolt found in bag of ice
My husband came into your brickworks store and bought 6 bags of ice on sat 12/01/2018 On opening the bags up - we found an...
R
43&refused alcohol of AU
Apr 20, 2018 10:41 pm
Verified customer This complaint was posted by a verified customer. Learn more
Featured review
This review was chosen algorithmically as the most valued customer feedback.

Dan Murphy's - being refused to purchase alcohol and i’m 43

This morning i wanted to purchase a six pack of Midori at Dan Murphy's Pasadena. I had just done my shopping at Foodland Pasadena and my arms were full. My daughter placed the six pack on the counter for me and she was asked to produce ID. I said to the cashier i'm purchasing this not her. She said sorry but she's put it in the counter i can't allow you so...

Hi, I purchased a bottle of the above wine last week. We opened it and drank some of it last night, however when my husband opened the bottle he thought it was strange there were bubbles in the wine at the opening of the bottle however the cap was sealed. During the evening we were both very ill and can only put it down to the wine, as we ate the same a...

hi, i was charged for 2 bottles of Glenfeddich, however i only purchased 1 bottle. i went home without noticing it. my wife just went through the receipt and asked me how many bottles of Glenfeddich i have got. i said to her only one. she showed me the receipt and i was shocked to see that dan murphy has charged me for 2 bottles. i went back to the...

At 3.44pm today I purchased a slab of Great Northern Super Crisp stubbies from Dan Murphy's store in Malvern (Dandenong Rd). I didn't ask for a receipt but I have my bank card details where $40.90 was deducted from my account. The main reason I switched brands was because of the 'voucher' offer plastered on all 4 corners of the slab - "Get a $10 BCF Voucher...

Read full review of Dan Murphy's
Helpful? 0 0
Share
Reply
More
Send message
Copy link
Report
U
Unhappy243 of US
Jan 06, 2018 3:15 am
Verified customer This complaint was posted by a verified customer. Learn more
Featured review
This review was chosen algorithmically as the most valued customer feedback.

Myself and my partner were in DM Chermside looking at birthday cards and a short balding male employer came up to us and started harrasssing us because he claims we looked under 25. Now I have been in that store and made purchases at least 20 times before and have never been asked for Id. We asked if he thought we were stealing and he claims that he didn't...

They have arranged to have it courierd to me straight away

I'm appalled by the quality of customer service I had to go through today trying to do a $1764.00 transaction!

The website didn't work (i tried to pay with PayPal). Then I called to do it over the phone.

Anyhow, giving him the benefit of the doubt, I gave him another credit card (AMEX), and this time he said transaction went through.

Then, I called my bank who confirmed that the initial transaction (VISA) has actually been charged.

I call back the Customer Service and another gentleman after putting me on hold for 10 minutes and checking told me that the reason my VISA was refused is because they received the approval from my bank only after transaction with AMEX was approved!

This is obviously a complete lie as I have the time stamps of my SMS, and different credit card transactions.

Now, I'm told I will be reimbursed the initial VISA transaction within 4/5 working days!

It sounds a lot like a SCAM and a very dishonest way to double charge customers who are not too careful. I will treat the initial VISA transaction as a FRAUD.

Now, from Woolworth or DanMurphy branding perspective, I'm giving you one chance to contact me back and explain why I had to deal with such a scam/hustling attempt. Failing to do so, I will not only stop being a customer (no brainer) but I will go to the Media...

Ordered for delivery 3 Cases of wine. Order number 70162037, was notified that the good news on 16/11 that the product was on my way. On the 17th the message was get excited the delivery by Ankur was to be delivered today at 9.32am by Akur. At 10.56am a further message was received saying the delivery was unsuccessful, Will let me know once the delivery has been re booked.
I was home all morning and there was no way that this delivery came to my door, 2 reasons being that the was no knock or doorbell ringing at all this morning. Second being I have a dog and even a truck in driveway or anyone at the front door, She gets excited, and barks, profusely, so were is my delivery? I contacted your customer service, he was excellent in answering as far a he could go, I as yet have not been contacted back I expected this delivery to arrive today as expecting visitors, and it is with great inconvenience that my order did not arrive. I requested that the re delivery be left at the front door and was told looking into my request as it requires a signature. As I have ordered on line before without a problem...What happened here?
I need an urgent reply. Perhaps you should run a ckeck on Ankur's credibility...

On Friday the 3rd Nov 2017 my identical twin sister and i went into Tamworth Dan Murphys at approx. 3pm. We were both of legal age turning 18 on the 25th Oct 2017. There was security at the premises and we were allowed entry to the store. As we were making our alcohol selections a young light brown haired male staff member approached us. Asked us how we...

Hello, I placed an order (6x Cirello Vincent's Grenache, 6x Shaw & Smith Sauvignon Blanc, total $257.04). I did not receive a confirmation email (to account [email protected]) but on checking my bank account the above total has been deducted. I called the customer service this morning (she was lovely and apologetic) but explained that no order was received and it would take up to 7 business days for the money to be refunded.

On 1st november I was made aware celebrations were selling cases of corona for $35 so I rang the 1300 number to confirm you would price match. I was told yes and went to the balga store and went to the counter and showed the offer... I was refused the price match and staff were rude and nasty whilst dealing with me. I was spoken to very rudely. The female...

Hi I ordered 1x glenfiddich 18 year old and 1x wild turkey rear breed on special for members only through online. Pick up from water garden branch (vic). So I turned up the next day to collect my order only to be told all the stock of the glenfiddich 18 year old was stolen from the branch. Fair enough theses things happen how about someone ringing me up...

I felt compelled to write this complaint with reference to the insane logic applied to myself and my daughters at your Bunbury store today. We had travelled to Bunbury from collie (45 mins) and rather than sit in the car, my 15 year old accompanied myself (50 yrs) and my 18 year old into the store. I quickly purchased my wine and baileys without question...

Sorry sick of being treated like a criminal when going to Dan Murphy's because they keep the gentleman's jack Daniels behind a locked door forcing me to ask at the counter for a bottle then being forced to wait as they get staff to get it. I think this is a joke especially when it's a $50 item and you have scotches worth over $100 outside the case maybe at...

I work for Sunshine Coast Community Services and went to the Dan Murphy Kawana store to collect an online order for a client. My client is 80 years of age and under going Medical treatment. My client went to the trouble of writing a letter of authorisation for me to collect the goods on his behalf. When I arrived I was told that this was not good enough...

Hi I'm writing with 2 issues in regards the above item. Firstly I note that even though the product was advertised in the footy finals specials neither the Woden or Tuggeranong stores had stock. Secondly, I was advised that the line was being discontinued. Fair go Dan how about giving loyal member customers a fair go. And why stop supplying a great tasting cider

Please find copied below my correspondence with your staff - most recent first. Today ---- [email protected], [email protected] date: 13 September 2017 at 14:02 subject: Review of order #66620688 and notice of referral to Fair Trading if not resolved by COB Friday 15 September Hi Jacquelyn, I sent a detailed email to you...