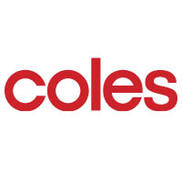 Having problems with Coles Supermarkets Australia?

Too many incidents to recall times and dates. Sick and tired of Bakery Department and the Seafood/Deli Department, and Front End Service.

I have tried time and time again with the Manager-Brendan to stress the point about W.H.S standards and hygiene overall ( sometimes Seafood/Deli department looks gross and stinks from the seafood), as well as, customer service- he is somewhat nice but hopeless as it appears that the workers have more control of what happens in the workplace. About a week ago, I went in there first thing in the morning and I lucky saved myself -nearly had a bad fall because they forgot to place big mat under the table and the guy(worker) was like whatever, oh well, until the other fellow told him to put it away. The Manager before was O.K, who moved on to BIG W. At least it was not as bad as now.

Some, not all workers are at times rude and dismissive with their poor attitudes/behaviours towards providing decent customer service and talk too much when they like someone or if it's their friend, etc. They at times don't take care with packing and are slow at times depends on who you get- attitude thing. It is by far the worst Coles Supermarket. They only care to have the store clean when head Boss comes in to inspect- then everything is above board including having shelves filled up. It's worrying, as there are a lot of elderly people that shop there and with COVID- it does not make much of a difference for them to care. However, they (COLES) cover yourselves because they do comply with hand sanitiser and wipes for trolley. And to sign in QR app. Yet, some of the workers are not showered (B.O and stinky cigarette smell) and clean and take care with keeping their bay clean- it is offensive.

Just today I had an incident with the so-called Supervisor- stinking attitude Samantha. All I asked if she could please open another register as there were a lot people waiting. She was peed off and yet when I asked to speak to the Manager she quickly decided to open up and attend my mum with whom I was with. I spoke to the "Assistant Manager"- Hannah and she was dismissive (who cares attitude as well as trying to downplay with hearing about problem) with what I was saying to her, as the Manager was attending a call apparently. People have the right to have a job but companies have a duty to make sure of not only compliance but to keep high standards up and employ the right people.
Afterall, it is about caring for each other as well as making money and having jobs available to help with economy. People have not much choice but to shop at supermarkets and I have to say it looks like some people not just myself are planning to shop at Woolies instead as they are not as bad.

Upon shopping at my local Coles this morning (The Entrance, NSW) I noticed pricing for a box of 50 disposable face masks had now increased from $30-00 (3 days ago) to $45-00 (06/01/2021)
Nice way for COLES to profit on a Government directive that makes face masks mandatory in most buildings.

The Entrance is a heavily populated area of elderly residents that struggle enough to cope as it is, without having necessities such as face masks ridiculously inflated .

Corporate greed at its best.

Since banning plastic bags on delivery it was optional to receive the bags, so I opted out as we had so many...

Order number [protected] placed Sept 20 several items were missing. We contacted you and refund arranged, only part was paid, contacted you again advised on or about 21/9/20 refund was being processed, still never refunded on the 3rd Oct was again advised it would be refunded. Again on the 14/10/20 was advised case would be "escalated" it is now the 23/10 and it still has not hit my account.
How do you stay in business with this very poor customer service.

Visited the Coles Hornsby store this morning which is a reasonably large store. I wanted to buy three pieces of scoth fillet for myself and my two boys to have a BBQ tonight. Pre packaged as two pieces so I asked if there was a butcher on hand. The staff member pointed me to the butcher. I approached him and asked him if he would cut me one slice. He said no and that I should select the pre packaged. Instead I went to the Woolworths in the same complex that was more than happy to provide me with what I wanted. Why bother having a butcher employed if he will not do his job. Might as well truck pre packaged in every day but then you will miss premium cuts and will have to match the Aldi price.

Hi where is my refund for my order number #[protected] if this was woolworths I would have had an instant email...

The wentworth point store manager (Daniel) refused to return an invalid size of coffee capsule. I brought a...

Hi
I would like to know when your staff will be able to do their job again and provide the service of packing our bags. There was only two registers open when I went shopping last night and while your staff stood around looking at the ceiling I was packing my own bags with customers waiting. There is no COVID in South Australia. They have already touched all my groceries so not sure what the difference is them putting it into a bag instead of the counter. Is this a sneaky way of bringing this in or will you do the right thing and bring back the service of staff packing the bags?

As of May 14 when I tried to place an online order for some items, Coles 2L full cream milk was not listed. 1L and 3L bottles were Iisted. I decided to abandon the online order and went in to the store instead where there was plentiful supply of Coles 2L full cream milk!!
Is Coles trying to force customers not to buy 2L bottles of this milk?
I looked again today May 16 on their website and it is still not listed.
Check it for yourself here:
https://shop.coles.com.au/a/mona-vale/everything/search/coles%20milk%20full%20cream
I note that when items are not available, they are listed but with a note that they are not available.
Coles should update their database to list items that are clearly available.
The store I use is Hornsby NSW 2077.

On or about 2p/m today I attended the Coles New Town / Hobart supermarket. I was lured there by a Fly Buy...

Many customers are horrified that our great deli has disappeared...Just loved buying small quantities of many...

I am making a formal complaint about Aurora village coles Victoria. I have spoken to the "store...

I was in coles trinity village store today and was shocked to find 6/7 sales staff all in one isle chatting I said excuse me and only one moved when I got to the till I enquire d if it was still the way at the moment as I am asuming there is still a risk of covid 19 and the till operator said i'm no longer scared are you??? A lady named jasmine till 4 time 14.34 29/04/2020 absolutely dissgracfull

Hi I'm writing with regards to Coles supermarkets in Australia. For nearly a month, they made a huge...

The restrictions on who can access Online Priority Service are ridiculous. Although we are in late...

For weeks now there has been a shortage of toilet paper in all of your stores in the surrounding suburbs. We...

I placed an order on Saturday 7 march. My toilet paper order was cancelled twice went from 4 packs to 1 pack then zero. I was lied to twice bad customer service.
Then on Friday 13 march was on the phone to customer service for 2 hours 46 mins 13 secs. Bad customer service again. Then on Saturday 14 march got a text from the driver that my order is coming. I texted back to send order back to coles. Driver rang me and I said that the order needs to be sent back. I expect a $100 gift voucher for this disgraceful customer service. Email address iceman.[protected]@gmail.com
3 hours of my valuable time was wasted.
Not Happy Customer Simon Fenton Mobile no [protected]

Coles Supermarkets Australia — The above customer service was appaling and disgusting

I'd like to submit an official complaint against Coles Chirnside Park. This morning, just before noon...

Coles Supermarkets Australia
5
%
Doing nothing would be this company's favorite pastime, if they had the energy for it.