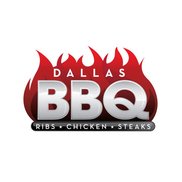 Having problems with Dallas BBQ?

I made an online order last night and the store on 166street and Broadway gave me a totally different order which we couldn't eat and when I contacted the manager on duty I was told that he couldn't deliver my food to me even though he admitted that they fully messed up my order. I was totally livid not only was I not able to feed my young grandkids I feel that I was not shown any compassion under the circumstances with my order being totally messed up. Moving forward I don't think that I will be ordering from here again!!

I've been a big Dallas BBQ fan for years. I love their Texas sized drinks and appetizers but last night something really unpleasant happened at their Times Square - NYC location. I'm 36 years old and I went to this restaurant with my girlfriend who's 34 and recently moved here from Brazil. She doesn't have a NY State Id but she has her official Brazilian picture id but the waitress would not serve her a drink unless she showed her passport. First of all, she is clearly over 21 (and so am I) and anyone who would look at us would see that we are at least 30 years old. Second of all it's very dangerous to carry a passport around the city because if we lose it or it gets stolen, it's very complicated to get another one. My girlfriend was eager to try Dallas BBQ drinks and we had planned a special night. I usually work late hours but I took half day off to have dinner with her and enjoy a drink but we were really disappointed. I totally understand that if a establishment sells alcohol to people under 21 they can get in trouble but she showed her official picture id from Brazil and that's what really pisses me off. Thanks for ruining our night Dallas BBQ.

My name is Sundra [removed], cell#-[removed] I am writing this email because I am terribly unsatisfied with...

I came to 42nd street bbqs for drinks and food with my 2 friends. Everything was going good until they brought the food out. As the guy was juggling with multiple plates to place them on the table he spilled the sticky wings sauce on my friends arm and shirt. Please keep in mind that the wings have sticky sauce on them which is extremely hot. When our waiter came we asked to speak with the manager. When the manager, Dennis Ray (I believe that's his last name) came we were trying to explain what happened and was speaking calmly while the so called manager Dennis was giving us attitude. He asked, well who did it burn and saying he only was concern with that person. I stood quiet because I didnt want the situation to escalate any further for no reason. I don't think that a "manager" or a so called "manager" should have been responding in such way. If this was my job and my boss heard me saying that I would be FIRED! It's not how you treat your value customers. My friends and I come here all the time and never have I experienced such rudeness.

So I have ordered from Dallas BBQ's in the Fordham Road area for quite some time now but recently I've placed orders online because it's cheaper than calling the restaurant, when it comes to the delivery charge. but just in recent weeks I've tried to order online and they have disable the function so orders cannot be placed online with your address. which makes you now call the store and place an order directly and they charge a ridiculous 20%-30% on top of the bill that you're paying as per the restaurant policy is $50 or more.

Mothers Day eve Comming from watching the ojays at kings theater my wife and I decided to go to bbq to eat. I...

you better read this

I can not believe some of the things that I have seen with this company. I've frequented a few times; giving it the benefit of the doubt. What was one of the building blocks to my explosion is that I stopped by the 72 street location and I over heard a woman talking to a manager concerning a waiter and she had told the manager that he cussed at her. I refuse to get involved, but I had been a few tables next to her and she was complete piece of #. I'm pretty sure he got into trouble too. Me, honestly taking the time to write this is ridiculous because I know how much no one, honestly, cares. I laugh as I say, I hope you take into consideration that most of the customers i've seen are straight up #. Frankly, i'm surprised some of your workers haven't decked some of them in the face. On the complete other hand, your time square location is the reason why I could not - not say anything. I hope that some of your employees there get a reality check because I would not tip them # if I had to. I went there once and I think you'd have to pay me to go back. I cant believe im actually saying this! But, the actual glares I got from some of those employees were completely and utterly disgusting. I'm a server in manhattan and, my god, I still wouldn't give them a dime for my sympathy. The best thing i've seen so far is those people taking pictures. I gave that girl a bigger tip then my server and id damn well do it again. This has nothing to do with the mediocre food or even simply, "the customer being right" #, but the fact of the matter is that for the first time in my life, I feel like dallas bbq has single handedly destroyed common sense and rationality and that I can hang my head undoutedly in regards to admiting that I now feel that idiots are actually taking over all of our, what once was, hospitality services. I honestly don't expect too much to happen from this, unfortunately. But, I guess it's better that someone may read this and hide it from everyone else; ignoring reality, as expected.

I recently placed a take out order, and was shocked and utterly disappointed at the sub-standard service I...

My name is Amy Tirado and I am 31 years old. Three years ago I met the man of my dreams, Marco Tirado while...

I went to BBQ in Time Square tonight and was treated like garbage! I was extremely distraught with the way I was spoken to by the 3 managers at this location. Me and my friend went to this restaurant 2/22/2010 after work at 9:00pm. We were seated and the waiter asked us what we wanted. We both ordered drinks, I ordered a strawberry frosted drink, and my friend ordered the special which was a strawberry long island ice tea. When we received the drinks, we both began to drink ours, immediately my friend said hers didn't taste right. We then proceeded to tell the waiter and the waiter said the manager would have to come and talk to us about her drink. While we were waiting for the manager our food arrived and I was quite surprised that my meat was burnt and inedible, this is not the first time I have been to BBQs and ordered both the strawberry frozen drink and the rotisserie chicken, which tasted great when I had them in the past. When the manager arrived my friend told him the drink did not taste right and she would like him to replace it for a plain strawberry frozen drink. The manager told her very rudely that we don't do that 'anymore.' We were taken back by this remark, and then said what are you talking about. He said we don't return drinks, and we said we don't want to return it we want a different one because this doesn't taste right. He refused to take the drink back and I told him that we just won't pay for it! My friend asked for a glass of water and he went to go and get it and when he brought it back I asked him why my chicken was burnt, he said all chicken that comes off the rotisserie is burnt, this is a lie. I have eaten this chicken before and it was not burnt. The server brought a new piece of chicken and it’s burnt as well. The server left the chicken and when I spoke to the manager he said do you want another one that isn't burnt, and I told him that is what I should have gotten to begin with. I told he could take the entire plate of food I didn't want anything. During the time period of waiting for the manager to come back and forth to our table I ate the baked potato, do you know he put the baked potato on the bill! The server brought the bill over with the drink on it that my friend said didn't taste right, we told the manager we weren't going to pay for this and he still put in the bill. We left the amount of money for my friend entree and my drink and proceeded to leave. When we arrived downstairs the two men asked us about the bill and we told them that she did not like the taste of the drink and one man had the audacity to say that we are adults and we made the choice to order the beverage. Things were getting out of hand and I said the customer service I received has been awful and he said if I felt this way I shouldn't come back. I said I wouldn't and walked out, and told them to call the police because I wasn't arguing with them anymore. I work every day and for this restaurant to think I merely didn't want to pay $10 for a drink is ludicrous, I merely wanted to get another one based upon the taste, the drink more likely has soap residue in it. But they don't change beverages, working in the food and beverage industry that doesn't even seem legal or healthy. I believe the practice that they stated was based upon the clientele they attract. I don't believe they would treat a different clientele in this manner. I want an apology.

Dallas BBQ
4
%
Doing nothing would be this company's favorite pastime, if they had the energy for it.