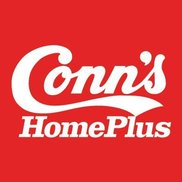 Having problems with Conn's Home Plus?

deception on no interest payments

I bought a tv at conns for no interest if you make minimum monthly payments. I was offered to skip a payment...

Our family is interested in purchasing an Xbox 360 for our three boys for x- mas. Every store in the Houston...

This is kind of a long and drawn out ordeal… In October of 2007, I opened an account with Conn'...

My laptop is under warranty, and I recently gave it to Conn's service center to be repaired. It now has been 4 weeks since my laptop has been in the service department. This time frame is unacceptable. I've left messages with upper management, but have yet to receive any phone calls. The customer service with this company is ridiculous. I've spoken with store employees, and still no phone calls from management. I've sent emails, and still no return phone call or email. I want to know why my laptop has been in service for so long, and when it will be repaired or replaced.

After spending A LOT of money at Conn's this past weekend for all new appliances i have had the worst...

Bought washer an dryer in good faith @ conns clearance center, dryer wont work, it is as is but it should at least work now we have to haul it back and supposed to pay % of return but if i have to do that it will go to corrupted cash better get good service on this or i will call an attorney. I expect better quality and not to get shafted when i pay cash, we are victims of hurricane now we are victims of bad appliances with time and money lost have to take it back and deal with all that stuff again expected better from conns.

My name is Charles Westmoreland. A few months ago I purchased a refrigerator and a gas stove at Conn'...

Conns makes it easy to get credit, but if you miss a payment they start calling, harassing, threatening. They break the law when they call you. I don't know how the employees sleep at night. They are rude, nasty and ugly. They make you not want to pay them at all. Someone needs to look into the collection practices of this company.

I owe them right now and thought I will pay them, let them put it on my credit, I am sending the credit reporting agencies a letter detailing their crookedness.

Conns does not value their customers at all.

i bought a 52 '' plasma tv from conns less than a year ago, the tv went black and no picture for a month and 2 weeks. they have changed parts and then see that don't fix the problem. they'll oder another part. that don't work. now they found the plasma screen is bad, they have to replace the screen now.and i have goten fed up with this for this have gone on far too long. so i want to have the tv replaced with a new one or money back. which i'm still paying for and paid for an extended warranty also.so right now i'm waiting for the screen to come.i'm tried of the part's changing and i want what i paid for. tried of waiting...marvin nunn jr .very unhappy with conns,

I'm am so sick of Conn's, my Lupus has literally come out of remission due to the stress of dealing with this company. Everything was going fine until I made the mistake of going into the local appliance store and purchasing a laptop on February 23, 2008. I initially explained to the salesman that I really wasn't interested in purchasing the laptop today because I only get paid the 1st of every month. The salesman assured me that "oh, no mame, we can keep your due date on the 4th of each month", as it had always been. Taking him at his professional word, I made the purchase with the understanding that my next payment would be on April 4th because the March 4th payment was part of my down payment. I started receiving calls March 8, 2008 stating I was late on my March 23rd payment. This has gone on up until this date. I have made 57 calls to Conn's, speaking with representatives and supervisors. At least 17 of the calls alluded me to think it had been resolved and that I needed to give the computer time to catch up. My last call, I spoke a representative who is housed in the same office as Supervisor Tracey Merchant. I could hear Ms. Merchant speaking in the background telling the representative that if I made one payment, I would be caught up and my due date would change to the 4th with my next payment being, September 4th. Again, I started receiving calls August 27-28, stating my payment was late. I made several attempts to call Ms. Merchant back as I had recorded her previous call and number. On 09/05/23, I spoke with Ms. Merchant, and she said "oh, I looked over your file and noticed you owe us one more payment and I would need that before we can change your due date". I explained to her the last recorded conversation with her representative who is on the call telling me that Ms. Merchant said, everything will be straighten out by tomorrow and your due date thereafter will be September 4th. I even made a payment with her over the phone with a confirmation number to ensure everything flowed. I believe this was a scam the entire time. I hate this company and apparently, I'm not the only one. I can't imagine them having loyal customers continuing to maintain their business with Conn's Appliance over the next several months and years. Their customers will take a significant decline and so will sales. I've always been proactive in whatever I believe, and I plan to stay outside with banners, telling the public about Conn's mission to "Conn" people. I've truly never been so disappointed in a company in a long time. I thought wireless companies were bad but Conn's takes the cake by a mile. I have several friends that have accounts with Conn's. At least six of them have told me they will not renew a contract with Conn's; six is a small number to start but trust me, this is just a start.

On August 8 @ 9am I called Conn's Department store and talked to Conswelo and asked about the Roper 25cu ft refrigerator that is advertised on their website for 597.00 and he informed me that they several of the refrigerators in stock. When I arrived to the store, the salesman that I spoke to could not be found and the manager stated that he should have not told me that, that they only had one and someone, JUST came in and bought it. He did not offer to call other stores for the product or any thing. I went home an called other locations that stated they had the refrigerator and when they, so called looked, they did not have them either. I believe that this is a sign of FALSE ADVERTISEMENT. I burned out too much gas getting to the store to purchase something that did not exist. They had no customer statisfaction resolution for me. I will never spend A dollar in this place and will tell all my friends and neighbors concerning this matter.

I have a an air conditioner/ heater window unit for my appartment that the air mover motor failed two year...

I pick up a new computer from Conns for about $900.00. When I tried using it most of the software that came...

I brought a 50 inch RCA television from Conn's back in Feb. 07. After having the TV for about 5months I...

This company's part and service department has the worst customer service i have ever seen in my life. I...

Well folks there are things you should know about us sales people
at Conn’s we only get pay by commission so that means to you
That if we don't sale you something with a warranty we don't make any money so we will shove it if we can; nobody likes to work for free,
So don't be surprise, and by the way some items have more profit for us so we will try to sale you what puts more money in our pockets, not what you want.
In reality the system it’s all screwed up. Our computer system is so old
That often things get lost and they will make you call more than 20 numbers before you get any answer; don’t blame us for that ok.
Do you want to know a little secret?
every month we have a company meeting where we talk about how to make more money off of you, At Conn’s either you make money reaping people or you quit so there you have it, now, I think I will be able to sleep tonight, and don't forget to stop by your local friendly Conn’s store. Yes am the guy in the red jacket

Conn's Home Plus
0
%
Doing nothing would be this company's favorite pastime, if they had the energy for it.