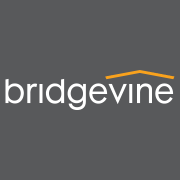 Having problems with Bridgevine?

I ordered services for Comcast triple play was told of a Bridgevine rebate of $325.oo in September of 08. They are a company who never sends out rebates and I am still yet to have mine. Then they sent me an email stating that my request for my rebate has been denied because they already paid the maximum amount for my address.I have been going back and forth until finally I was told that the check had been sent where it is they don't know, weren't going to cancel it, and basically it was my problem. I would never do business with this company again. Someone needs to do something about this company before it gets worst

I signed up with Bridgevine for Comcast Double Play (cable tv and high speed internet) in August 2008. They...

I signed up for Comcast on August of “08” through Bridgevine. I had been shopping around for the best deals and finally found Bridgevine that “beat” everyone. Their website offered double play (cable & internet) for $66.00 for ONE year, connection fee of $49.95, versus everyone else for 6 months term only. I thought it was too good to be true…so I called and verified with a live rep before signing up…she confirmed all was correct including rebate offers. She said that our conversation was being recorded!!! So…I get my 1st Comcast bill….terms were for 6 months and connection fee of $79.95!! When I called Comcast they said it was standard connection fee for having two services connected, (which Bridgevine knew I was getting …DUHHHH it’s called double play!!! yet I was given the price of $49.95)…. Comcast continued to say that they had nothing to do with what Bridgevine, (their authorized dealer) promised me….so Comcast & I called Bridgevine on three way …Bridgevine confirmed my promised terms but yet nor Comcast or Bridgevine want to take responsibility….my complaint was “being sent to corporate” by Bridgevine… Comcast & Bridgevine promised returned calls by supervisors once my case was reviewed, I called over 15 times, they called me back NONE!!!

Now October 7, 2008… after still not hearing from anyone, I again called Bridgevine. They responded that after reviewing my initial promotion they see that it really was only for 6 months, not 12, they are apologizing for the representative that misinformed me of the RECORDED initial terms when I signed up, and for all the reps that RE-confirmed the terms every time I called…even the one that RE-confirmed it to Comcast on 3 way. Oh and the connection fee, well that’s up to Comcast to deal with since they scheduled my connection, comcast says that's to be handled by Bridgevine since I aquired their services through them...so that’s all folks, that’s how COMCAST & BRIDGEVINE deal with the complaints from their valued customers!!!

about the rebates…wish me luck on that!!!

It says on its website that you get the deals (in my case comcast double play-internet and cable tv) for...

After doing everything regarding the rebate exactly by the book, I received the following...

I just got my rebate for $70 denied. No explanation. The rebate staus said pending but I e-mailed Bridgevine to see what was taking so long.

Now that I see just how many people are getting screwed by Bridgevine, I urge you to file a complaint with the FTC. They can not resolve your individual conflict but if enough people submit complaints, they will launch a fraud investigation.

Here is the link.

They did not honour my rebate of $300.00 and made me wait for 24 weeks to finally give me a conclusive reason...

Bridgevine
4
%
Doing nothing would be this company's favorite pastime, if they had the energy for it.