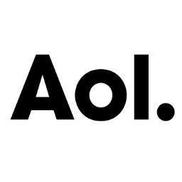 AOL reviews first appeared on Complaints Board on Aug 8, 2006. The latest review aol mail was posted on Apr 7, 2021. The latest complaint Customer service was resolved on Jun 27, 2013. AOL has an average consumer rating of 2 stars from 123 reviews. AOL has resolved 20 complaints.

aol opened an account with out my PERMISSION.
I have no land line phone. I use verizon wireless.
HELP HELP HELP
from jan to june aol ran my card 16 times.
14 times the card was declined.
4 times they STOLE $155.80

After paying AOL for over 15 years last night our service was canceled without warning. In addition two weeks ago my computer was infected with a McAfee virus- McAfee also provided to us by AOL. Had to deleted McAFee and replace with Micro Trend to rid virus. Had to delete the over 600 returned unknown address messages . I called AOL to notify them of this- Hours of phone calls to tell them that we did nothing wrong have served no purpose. We are both in the technical field and do work from home and access to our account is imperative, yet we have been punished with no prior notice. I even sent the AOL "Community Action Team" a letter as they asked and was told this morning by a technician that "There is no one at AOL that can reactivate your account" ... wow. Wonderful customer service. Thanks AOL for treating us like criminals. I have finally reached a voice mail for TIm Armstrong, CEO of AOL- Wow there are no live people there.

TWX AOL has been withdrawing funds from my account each month for the past two years according to my bank...

Any other internet company requires you to register the id number on your modem. From t here you can either...

I have recently been sent to a Collection Agency due to improper billing by AOL. While living with my fiance I called Aol for internet dial up services which were to be billed to my fiance's phone bill. I moved out the end of December leaving the computer behind. Since the internet was not in my name I did not feel it necessary to cancel services. In February of 2007 my ex canceled the Aol internet. He has proof of payment up until the cancellation date through AT&T but AOL claims they have not been paid. That's when I started receiving bills in the amount of $61.80 for 2 months of service from November and December. When I call to speak to a supervisor they simply say, "No one is available at this time." They will not resolve this issue with us stating it is an AT&T problem to talk to them but they will not contact them, that it is our responsibility.

I told them I wanted records sent to my ex from July of 2006 to February 2007 and to hold the account until this is resolved with a supervisor. The next letter I received from AOL was stating I was reported to a collection agency. My ex is still waiting on the billing records. I have come to find out Aol has been involved in several law suits in reference to their billing tactics.

This company is known for their "Double Billing" issues. I, along with several others are fed up with this company!!

AOL IS NOT A GOOD COMPANY . SO MANY TIMES IT TELLS ME THAT THERE IS A MOMENTARY FAILURE, PLEASE SEND AGAIN ETC..ETC... WHILE AT THE SAME MOMENT I HAVE CORRECT ACCESS WITH OTHER SERVICES !!! LIKE GMAIL, YAHOO ETC...,
I HAVE BEEN FOR YEARS WITH AOL AND I WONDER WHY ? I DO HAVE TO BE A MASOCHIST AND VERY STUPID TO CONTINUE USING THE SERVICES OF AOL .SENDING PICTURES ALWAYS FAIL BECAUSE OF THE SHALLOW CONTENTS PERMITED . JUST THE NAME SOUND GOOD, IT IS A LAMENTABLE OPERATION WITH A VERY POOR SERVICE, never any one to answer, HOPE "AOL" GET OUT ONE DAY OF THE INTERNET MAP . THAT IS ALL WHICH IS DESERVED AFTER HAVING ABUSED ECONOMICALY OF SO MANY CLIENTS
GERARD HAMELINE
[protected]@aol.com

I am totally devasted!! Aol has suspended my account without giving me any reason. I have been with aol for...

I have been an AOL customer for over ten years. About two years ago, I purchased DSL through Charter Communications but I wanted to keep my AOL email addresses. AOL offered me a package for $ 9.99 per month. I took it. For about one year, I was charged $ 9.99 per month on my debit card. Then all of a sudden, I was charged $ 109.99 on my debit card.

Immediately upon learning of the error, I contacted AOL by email and contacted my credit union to inform both that this was an error that needed to be corrected. After writing several emails to both AOL and my credit union, I have not received one dime of a refund.

I like AOL as an ISP. However, their accounting and customer service policies are horrible. In my opinion, AOL's practice of charging a debit or credit card more than they have been authorized to charge is fraud and should be treated as such.

I know that the extra charges, etc are not mistakes because if they were mistakes once the mistakes were brought to customer services' attention they would be corrected. No such luck with this company.

I am extremely disgusted that a company of this size would continue to take advantage of their customers.

The complaint has been investigated and
resolved to the customer's satisfaction
Resolved TWX*AOL Service — ? what is it

I still do not know who you are and never did. The phone number on the will is
[protected].

I cannot get through the phone number. My debit card has been canceled.

I you want for expose them contact me and [protected]

No one authorized you to withdraw any funds from my debit account. How did you get access to my card...

The complaint has been investigated and
resolved to the customer's satisfaction
Resolved AOL — Why can't I cancel my account???

Has anyone tried to cancel their AOL account?????? Well, it is next to impossible. I have had AOL as my ISP...

AOL is set up to rip off people, generally if using their free 90 day trial you will be charged monthly. Their automatic cancellation program does not work and customer's can expect numerous monthly bills.

This is at epidemic proportions with over 4, 800 reports and I would suggest writing Himmelstein and the FBI's Internet Fraud division. Make sure your report and get a confirmation number for your cancellation from AOL. I would also keep calling AOL and daily for weeks. Block their phone lines and accounts as a way to say 'no more'. Press charges..

For the past year or so my wife's credit/debit card has been charged $32.00. She had been bringing it to my attention but I was sure that the charges were legitimate. It wasn't until recently (a couple of weeks ago) that I finally realized the charges were in fact unauthorized, for we have not been customers with AOL for over 5 years. I notice there has been a number of complaints by individuals having the same issue. Please give me any assistance available that I may resolve this issue and possibly receive a refund of every unauthorized deduction made by TWX AOL.

AOL — AOL shut my business down

AOL has shut down my business!!! I have been approved by AOL to send mass emails for my business. Recently I have recived error messages (3times) when I have sent out mass emails to my customers. Each time I have called and have been told everything is OK and I can continue with no risk of interruption to my service and given reference numbers. I have been operating with mass emails for 8 years. Today my service was suspended!! When I called to question what had happened, I was told my account was in violation. They would not tell me what the violation was! I was also told that I needed to WRITE A LETTER to AOL in Virginia to find out what the violation was and to solve the problem. No one would answer my question or refer me to a supervisor. I spoke to people in India, Sri Lanka and the Philippines and they could not refer me to another person. I did ask if the person worked out of their home, since they could not refer me to a supervisor. I do an internet business, this is the busiest time of year for retailers, in a bottomed out economy. AND AOL HAS SHUT ME DOWN! for weeks, since the only way I can communicate with them is via snail mail. I was thanked however that I had been a customer for 12 years and 3 months, BIG DEAL!

AOL took my money to provide internet access and web hosting. On 10/31/08 they discontinued providing web hosting at Hometown.aol.com and refused to provide access to my data. If you have the same problem, I found a solution to get into the AOL FTP site without using AOL software (which no longer works).

This won't work if you try to use anonymous log in

AOL — Cancelled svc and still getting billed each month

My Mother is 80 and has tried for close to a year to cancel her AOL service (she hasn't had a computer for months). TWX*AOL SERVICE 0808, [protected] continues to bill her checking account each month. I don't even understand the charges. She has tried calling them but they say they can not help her unless she gives them her e-mail address and password. She has not used either for months and has forgotten them. I have now stepped in to try and resolve the issue but getting the run a round. I have provided my e-mail address for feedback.

I pay by Credit Card. My bill has more than doubled in past two months and I can not reach a person at AOL to discuss it. I used the number on Credit Card bill for AOL and it sends me to bill.aol.com. When I get there, I cannot access my account, nor do I get a phone number to speak to anyone. What a scam they have going.
I am upset and just want to reach a person by phone to discuss why they increased my bill without contacting me or without sending me a notice via mail, that they were billing my account for double the agreed contract. I want someone to contact me since I am unable to contact them.
This is very upsetting to me.

AOL
16
%
Not bad, but could've been way better. This company does respond, but not as often as you'd expect them to.