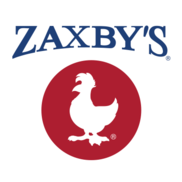 Having problems with Zaxby's?

not putting the real grilled chicken on the house salad, not letting customers know, an it make the salad taste different!!!

On the grilled house chicken salad, they think people don't know the difference the real grilled...

Very rude manager. His Name is Dan Higgins. I asked a employee if she wanted to take her break and she said...

I visited our local Zaxby's and ordered a salad to go. When I arrived home, I found this piece of metal...

There's a manager there by the name of Tony or Antonio Lane who is very RUDE. There hasn't been one day that I've been there on his shift and he hasn't had a bad attitude. He's ALWAYS angry as if he don't like his job. I feel the service and atmosphere would be better if he wasn't there. He walks around with an attitude like he's mad at the world. I've decided to just stay away from that particular Zaxbys which is located closer to my home. (SOUTH SLAPPEY) I'll go out of the way to eat someplace else.

I have been a customer of this Zaxby's since it opened. Today I went by for my usual weekly lunch and went through the drive. When I arrived at my office and opened my plate you can imagine my disappointment at my lunch. I am a creature of habit and order the same meal nearly every time (Big Zax Snax Meal). When I opened it I was surprised to see 3 small chicken strips that were no larger than my pinkie finger and about 12 French fries. If I had not already been back at my office I would have returned it and asked for a refund. Usually the portions are large enough that I cannot finish the meal. Today I was quite able to finish and then still be hungry.

young employee working off of the clock

Thursday night. 9/11 . Employee was told to clock out by manager. The store was busy so the employee told the manager she would clock out and "Help" since they were very busy. Manager allowed employee to continue working even though she was no longer on the clock. Store very unprofessional. This should NOT have happened. Manager seemed as if she did not know what she was doing exactly. (buena vista road)

The mangers and most employees there are so rude . They don't speak nicely and don't seem like they...

We met at our local zaxbys to discuss an on going court case in what we thought was a good environment with...

I have been a customer at this particular store for over 3 years. At first everything was great. My last 3 visits, in the last 2 months, well, let's just say strike 1...strike2...strike3...you're out! When I started spending my money at Zaxbys, I always got a thank you. My food was hot and fresh. And a manager was always there to make sure everything was great! Now, it seems like, they just try to get me out of there as quickly as possible. No one ever says anything to me, except the order number now. My food tastes like its almost recooked. And I'm not sure this particular store even has a manager anymore. I haven't seen one in over 2 months. Anyway, I used to feel like I was appreciated every time I stepped through the door. Now I cant even eat the food that I paid for. Does anyone care about this store anymore or just about the dollars in the register. They won't get anymore of mine!

Resolved I have a horrible manager

I work at zaxbys and my manager has been saying inappropriate things to me. He is the general manger he is 24 and I am 16 I know I should tell him to stop but I am passive but I'm concerned that this will become an even bigger problem next time he does something I don't like I plan on speaking up but as of right now I am really scared to go to work!!

Hello! I use to love coming to Zaxby's to get a salad and some chedder bites. Recently, I had a experience that will not allow me to ever eat here again. About 2 weeks ago, I went through the drive through to get a salad and chedder bites, and opened my box before leaving the facility, and was shocked to see a ROACH in my food. I know things happen at times, but I am not sure how someone could not have seen this?! I was disgusted, and I will never eat here again.

Went to Zaxby's and got super old and cold fries. Went back up and asked for fresh fries. The counter person went over to the manager and told her I wanted fresh fries. The counter person then brought the nasty fries back and the manager then proceeded to tell me that the fries were fresh. I again asked for fresh fries and went to sit back down. I was brought more fries in which most were super old and cold only a few were hot and fresh. I worked as a fast food manager in several other fast food restaurants and know enough to 1. Not argue with the customer. 2. Get rid of the old fries, most people are willing to wait for fresh foo. 3. Even if I knew the food was within the proper holding time to make the customer fresh food. Without happy customers you have no income and the employees either lose hours or a job. This is not the first time that this has happened to me at this store but it sure will be the last time. Maybe the big bosses need to go on Under Cover Boss and see what is going on in their stores. There are several other places close by for me to pick from. I did not realized that asking for my food to be fresh so that it tasted good was such a big issue. Even my chicken sandwich was borderline. I know that store used to be busier now I know why it was so dead when I walked in there.

I had order the wings and things mild i got home and was eating my food and a roach was in my sauce. that wa...

I was very dissatisfied with the service I received at Zaxbys located in Newnan, Ga off of Interstate 85 on Bullsboro. I simply asked the manager to place a piece of grilled chicken under the faucet to wash off the salt. The manager refused to wash the chicken because he stated it would affect the cook time. Who has ever heard of such??? I stressed the importance of limiting my salt intake due to a medical condition. He could have cared less. He said, "in training, we can not change the meat in any way." I was very frustrated and ordered the food anyway. The manager came to our table and said there was only 480mg of salt in the grilled chicken. I looked up the nutritional information on the website and there was actually 480mg of salt in the bun and 870mg of salt in the grilled chicken. That pretty much maxed out my salt intake for the day. What an idiot.

Our order was grossly mismanaged. When we called to let them know they forgot half of a 40.00 order, and gave us no condiments, napkins, forks... the manager was extremely rude, saying that its the customers perogative to ask for condiments and utensils. Did not offer to replace the food, never offered a refund. Unbelievable. We will NEVER go to this particular frachise again.

ordered a nibbler meal and exchanged the fries for onion rings. when i got the onion rings i din't get...

Drive through worker asked us to repeat our order several times, she was very difficult to understand, highly...

I used to work at a zaxbys here in augusta and just let me say that the managers need to get there acts together...occasionally rude to customers and just becuz i left on bad terms dont mean they have to yell at each other when i go into the place to eat...it's like they are warning everyone up there that i am there and gonna start stuff...for one i will not do that and two i didnt do anything to anyone so they need to chill...other than that...the food is awesome but the crew is not...well most of em...

Zaxby's
8
%
There is some slight activity coming from this company when it comes down to resolving complaints, but so far it's neither timely, nor relevant.