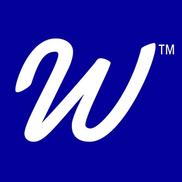 Having problems with Window World?

The owner of Window World Escondido Ca is a liar and has ruined my house. I was trying to improve my home to sell it, and now it looks like crap and I've lost thousands of dollars to these jerks. Stay away!!! They give you a lovely brochure making everything seem like it's going to be great, but they never do anything that's in the brochure. Switched windows I ordered saying they didn't carry that one anymore, half of my windows are installed inside the frame, half outside. They removed my support braces and never put them back. They left broken glass and debris all over inside and outside my home, they scratched and damanged my walls, I could go on and on. Beware!!!

I have had the WORST experience ever with window world of dc. First of all they say the sell a 189 window...

waste of time and money

My wife and I had 2 windows installed from Window world about 4 years ago. The one in the kitchen was all...

We hired Window World to install 4 windows for us. The old ones leaked so we asked the to send an installer with the sales guy to access the damage before they went to work. The refused, the sales guy said our kitchen window would be fine that we wouldn't lose any tile.

Long story short, they showed up with the wrong windows, then after thy got the right ones, we lost the tile around our kitchen window. They left sharp jagged grout and used 3/4 inch baseboard trim around the window! Looks like my 6 year old did it.

They said they would fix it but, this is the 3 day I have taken off work to get this window fiasco done and they never showed. When I called they wanted to reschedule again!!! Lesson learned... put down a deposit and only pay the balance when the work is done correctly! Once Window World had our money, they didn't care what happened with the job!

Hired Window World to replace all the windows in our home. Window install completed, following week endured tropical storm Fay ane the windows all leaked under the sills. Apparently the installers missed a key step in the installation process, not just on one window but on all 8 windows. All the carpeting in our home was soaked. Window World initially claimed it must be our problem, couldn't be their windows. Then the Supervisor came out and pulled out one of the windows, with my husband present. It was their problem and there was no denying it when the window was removed. They came back and pulled out every window and reinstalled them "correctly" with the proper caulking. They didn't offer to make any restitution with the water damage in the house. We have withheld final payment. I have no confidence in these windows and now find myself crawling around on my hands and knees checking for wet carpets whenever it rains.

no respect for our home

We hired Window World of St. Louis to remove and install 13 windows. First they showed up 4 hours late, then rushed to get the job done while it rained outside. They kicked out the old windows, not putting drop cloths down inside. In our spare bedroom, they did put a drop cloth down, but managed to severely scrape our newly-finished hardwood floor. There is still caulk on our kitchen cabinets, and the stickers still remain on our windows. They did not clean at all.

The worst part, though, is what they did to our siding. We were debating whether to get new siding, or not. We had told our salesman our thoughts, and apparently this was passed on to the sub-contracted installers. Well, when they left, with the "job done", our siding had huge holes because they were told that we would be getting new siding. I wasn't aware that they were allowed to destroy our property because they thought we were going to replace that property.

I took pictures, and called the company. First the guy I spoke to wanted to give me $200 dollars off of the price. If you have any clue as to how much re-finishing a hardwood floor costs, you, would know, that I wasn't going to accept that. They eventually gave me $1000 off, however, the hassle of it just wasn't worth it, in retrospect.

One other thing-I'm not sure where the installers come from, but, let me just say, that if my house were in a secluded area, I wouldn't have been here by myself when they installed the windows.

being stood up three times and yelled at!

On May 3, 2006 I had my windows replaced in my home by Window World, Odessa, Florida. After installation, I...

Window World
2
%
Doing nothing would be this company's favorite pastime, if they had the energy for it.