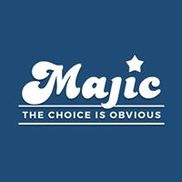 Having problems with Majic Window?

ComplaintsBoard.com is not affiliated, associated, authorized, endorsed by, or in any way officially connected with Majic Window.

Signed a contract 8/14/2020 for carpet/installation. Deposit of $921. Was told by our salesman, ZACH GLOD, that we would have it before Thanksgiving. Now 3 months later...NO CARPET. They were very quick to accept the deposit and charged it to our card same day. We contacted Majic install department. Manager, Matt(refused to give us last name) was extremely rude and condescending. He basically told us we get it, when we get it. Told us flat out we have no recourse. We called our saleman, ZACH GLOD, and left a message. Here's a surprise. HE NEVER called us back. The manager, MATT, told us don't bother calling him back. HE would call us to set up an install date. Here's the kicker...we have to accept an install date within 21 days of them calling us!!! OR we have to pay $25 per day for them to hold/store our carpet for us. What if they want to install during Holidays or while we may be on a vacation. NEVER EVER do business with Majic. They are a ripoff.

On August 10th, I had a free estimate done on my roof, only because I was told it would be good for a year...

I called customer service three times and left a message to return my calls. I am having issues with my...

After the salesman told me the door we picked out was the most expensive and it would be over $10, 000 he dropped the price to $6500 with financing for a year. If I paid cash they would knock off $500 so the free 1 year financing actually cost $500.
After waiting over 6 months for the door to come they finally put it in.
The first thing I noticed was the white storm door was a different color then the trim around the door and window which was like a lite tan. There were screw hole attaching the side window to the door frame. They didn't plug them or even caulk them it looks unfinished. Were the door frame met my siding drip edge was messed up because the new door didn't cover it in the same places so instead of replacing it with a matching drip edge they left it. Again it look's unfinished and not very professional.
The salesman kept going on about how their doors would last 20 years because of the workmanship. 1 thing he repeated was the top and the bottom of their doors were finish and doors from other companies were just raw wood. Guess what my door has raw wood and is not laminated or finished. When the door is open there is a gap between the storm door and the frame. Again filling with caulk seems would be a easy fix
I was told when the installer was done that he would be back within 2 days to install a metal strip on the top to cover up the 1/2" of fill caulk over the top of the door.
He never showed up.

except for the color difference most of this seemed like an easy fix.
I called Matt (who never answers his phone, I've called 5 separate times) from the customer service side of this company and after explain all my issues he scheduled someone to come out and take care of my problems. (IT was about 3 weeks because of mine and there schedule). When the guy showed up (21/2 hours past there 4 hour window, no call) he said he had know idea about all the issues except for the top molding to cover the caulk and it might be better if he re- scheduled when Matt had worked out my problems.
So I called Matt again. He seemed mad the installer didn't know about all the issues and said he would get back to me.
After waiting 3 more weeks for him to get back to me I called him and he asked what's going on? Like he had know idea what my issues were and after explain it all to him again he told me he told me (very rudely, like I was the problem) that there wasn't anything he could do for me except to schedule the guy to come out and finish the trim on top of the door.
At this point I was pretty upset and after he told me he would schedule it for 10/22/2019 I hung up on him but not before asking for him to email me the name and phone # of my salesman which he said he would (never got that)
Today I left another message with Matt asking him to just get the trim done so I can just be done with this 9 month disaster.
I feel that I way over spent on the door especially with the of installation, the lack of communication and the unprofessionalism of Matt who is the customer service dept.
This is my first review I ever wrote. I just hope it helps someone doing research on this company to find go with another company

I'm in month 9 of waiting for a tub installation to be completed. What a joke this company is. They can't seem to measure for the life of them. They are inconsiderate of time having people come out at night to get measurements. I highly DO NOT recommend them. They have also destroyed my walls and covered my exhaust fan in my bathroom. This is ridiculous.

Was given an estimate at my home for fiberglass windows. After 3 hours in my home and the salesman "relating" to me as a friend I decided to opt in and signed an agreement. The salesman guaranteed in writing 1 yr same as cash financing. I get a call 3 days later telling me that their finance company would not approve me but Wells Fargo could at a ridiculous monthly payment. He told me if I did not want the windows because of the no 1 yr same as cash deal I could cancel everything. He said let him know if I would like to proceed within a few days. I decided not to use their financing options and go with my own, I let him know of my decision. Fast forward a week later, I receive in the mail, a line of credit from Wells Fargo via a Majic Windows credit card. THEY OPENED AN ACCOUNT IN MY NAME AT WELLS FARGO WITHOUT MY CONSENT! I had no knowledge of this until I called Wells Fargo and sure enough they (Majic) used my personal info to open a line of credit. I immediately cancelled the account and called Majic as well as emailed their sales team but to no avail. They still have not contacted me about the incident but I was able to get my sales guy to contact me only to tell me its all the banks doing, not theirs. They are scandalous with your info and will not return calls or emails. Shady dealings with these people.

90 yr old mother in law bought tub, supposed to have a life time warranty. The tub started leaking from faucet, I called Majik Window they sent a repairman out to look at it" no tools". The tub was not fixed cost 90$ service call in fact the jet was not working after he left this was in December. Called warranty man Matt 3rd says he can't get parts excuses, 3 times I've called just ignores my phone calls. I'll go out of my way now to dissuade people from doing business with Majic Window. What a joke a 96 year old lady treated like this. What a ripoff 90$ a repair man with no tools, and a smart twit warranty man, that ignores problems espically when it's older people. I'm contacting the state let them handle Matt and Manic.

This company is a joke. They came out and we bought their windows. It took months and months for them to get...

I buy a house without knowledge of their transferable warranty. Our dog recently destroyed the sliding screen...

I have watched your advertisement a number of times and am sick and tired of your false claims. You say vinyl...

Signed contact in September 2016, for October/November 2016 installation. Still NO calls from them by...

This company doesn't honor their commitments. They randomly knocked on my door and offered to give me a quote...

After telling the sales rep I would not be making any agreements, he stayed in my home for over 2 hour...

Majic Window has continually made excuses and failed to deliver the type of quality and service that they...

Made the mistake of asking Majic Windows to come to the house to quote on replacement windows. The...

The complaint has been investigated and
resolved to the customer's satisfaction
Resolved Majic Window — horrible treatment with their employees!

Majic windows is a horrible company. Hard work means nothing to them. The General Manager and just about...

Majic Window
22
%
Not bad, but could've been way better. This company does respond, but not as often as you'd expect them to.