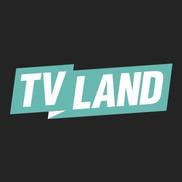 Having problems with TV Land?

TV Land reviews first appeared on Complaints Board on Jan 12, 2016. The latest review TVLand commercials and programming was posted on Apr 6, 2021. TV Land has an average consumer rating of 1 stars from 198 reviews. TV Land has resolved 0 complaints.

I am sitting here with my 8 year old watching Andy Griffith. (6:30 pm) A commercial from the comedy Channel comes on. It is the host of one of the shows saying he is jealous of the people who are wearing a mask who have been vaccinated, so they are hiding their smiles. That is not the problem. The problem is what he said...He said the word "[censored]" and "[censored]". Why does my child have to hear that while watching a quality show. That is not right. That language should not be on so early in the programming.

I love two and a half men. but you're making me sick of it. all week it's playing and all weekend.. please show something else.. or play more "everybody loves Raymond" PLEASE!!! mix it up.. I really feel as though you should give "two and a half men" a rest.. I used to like it but now I loathe it.. I pass over tv land when it's on.. maybe you guys could get the rights to play "Frasier". that would be awesome..

TV Land — Too much Two & Half Men with Ashton Kutcher

The best and funniest Two and a Half Men are the ones with Charlie Sheen. I get excited when I see a marathon of Two and a Half Men only to be deeply disappointed to see it's with Ashton Kutcher.
They're NOT funny! Please go back to the one's with Charlie Sheen. No one likes the other ones. I fell in love with the original ones and so did all of my family and friends.

Hello,
I watch Andy Griffith every day starting at 4pm. EST. I am watching an episode today which was on yesterday. It seems like you keep repeating the same episodes over and over. The show was on TV for quite awhile. Why can't you start it from the beginning season and continue on to the next season. It is so annoying. I am an old woman and this is one of my favorite shows as I watched as a child when I grew up in the south. I have no family and Andy Griffith brings me back to my childhood.
I appreciate your consideration.
Betty Lou

I love watching the TVLand channel but I am about to stop watching if you dont remove the Trevor Noah commercials from Comedy Central. If I wanted to watch the shows on that channel I will tune it there. He is so annoying and how he made in comedy I will never know. Dont push political agendas on to your viewers. There is enough politics on TV today anyway. We dont need it on a good family friendy channel.

I'm at my wit's end with ALL these stinking, Vile, corrupt Medicare Commercials, that are on while I'm watching Gunsmoke. Don't want to see them. YOU should be ashamed of airing them. They're corrupt and sinister bilking unsuspecting elderly of their savings. I've complained extensively to DISH network CEO Erik Carlson. That Go Medicare actors make me sick.

TV Land — Advertisement for other channels

Why would you place commercials for teen mom, Rupaul and Trevor Noah on this channel. How does anybody think these shows translate to the audience of Andy Griffith. If I wanted to watch that type of trash and smut I would already be tuning into it. Generally the audience that is watching Andy Griffin is trying to avoid seeing that type crap shows. If your to the point of trying to gain viewership for them type shows from the age group that enjoys the real classic shows CANCELL THEM. They aren't worth watch. Never have been.

TV Land — Two and A Half Men Seasons

We enjoy watching this channel however, please, please run Seasons 1-8 of Two And A Half Men with Charlie Sheen instead of the 9-12 seasons of Kutcher and Cryer. The last 4 seasons of this series are far less entertaining and quite frankly, Cryer's character plunges into gutter humor. For months now the programming has been almost exclusively the episodes of the last four seasons. We tune into a different channel because of this. Missing Charlie. Bring back Charlie!!

Hello, I watch TVLand quite a bit. I would like to know what is going on with your programming schedule? Specifically commercials. It first started with constant interruptions with the Trevor Noah show. Now its the Rupaul show. Occasionally Trevor Noah. The commercials come on in the middle of a scene in the show being watched and even during other commercials. Then the show comes back on and 10 seconds later a scheduled commercial. Its annoying and frustrating.
We have no interest in watching those crappy shows.
This needs to be changed.

First off, I really enjoy watching your station. Here for a while though, You have been crashing the programs with RuPaul and Jersey Shore commercials. Once the program returns, you've already miss a large portion of the show. Can we please fit them in, on a regular commercial break. This mostly happens during the evening.

Thanks Again for showing the shows you do.

Please bring back Charlie Sheen on Two and a Half Men!!! So sick of seeing Ashton Kutcher... Those episode...

I love the fact that TVland airs many family friendly shows we all grew up with and loved. What I can't stand are the 9 million ru Paul drag queen commercials. Come on TVland. I know mtv and vh1 are your sister stations, but this crap is ridiculous. Do better, not appropriate for your viewers (especially children)or someone with Christian values.Who wants to view this garbage every 4th commercial.

I was a long time TVLand viewer and fan of the older shows. I have recently decided however, that I cannot subject my brain and good character to the low, embarrassing, filthy commercials that you are presently throwing in our face. The Drag Queen show ads and the BLM commercials are absolutely the worst thing i've ever seen on television. If this is what you are about supporting now... You've lost my loyalty and I guarantee, the loyalty of many other viewers. I'm disconnecting cable... I'm done.

Please know that I enjoy watching wholesome shows like Andy Griffith and other older shows on TV Land. I am very offended by the Ads for the Ru Paul's Drag Queen show. I would think that most people who choose to watch TV Land also also watching these older shows to avoid all the undesirable content of the main stream channels as well. Please know your audience and realize that we are watching TV Land to avoid such content and have no interest in seeing such filth.

So we are watching The Andy Griffin show which is a wholesome family program THEN the commercial are HORRIBLE!!! Who wants there children to see this stuff?????
It's appalling!!! We do not need to see Black Lives Matter...which is a radical terrorized group...and so on and so on. Shameful!!!
Can you PLEASE do something different with you commercials so we can enjoy our family time?

Please don't show BLM ads while we're watching Andy Griffith. Most people who watch Andy, actually don't believe that these domestic terrorists are role models for black America, or for anyone for that matter. And last time I checked MLK wasn't a big fan of looting and rioting and burning down people's businesses.

Try and remember that half of this country does not buy into this. So cowering to this kind of belief system will not necessarily have the outcome that you think it will, economically.

TV Land — Two and a half men

I never watched this show until I got hooked on it watching TVLAND at night several years ago. It became my...

TV Land — Tv Lineup (Two and a Half Men)

Two and a Half Men went on a decline after Charlie Sheen left the show. Ashton Kutcher and John Cryer did ok for seasons 9 and 10 but everything after that should've been cancelled. You have ONLY been showing the Kutcher years and I would appreciate it if you could go back to including seasons 1-8 with Charlie. If you insist on only showing the later seasons then I'm confident in saying I will never watch tv land again. The only seasons worth watching in syndication are 1-8 so please put them back on and flush the Kutcher tapes down the toilet with the rest of the crap.

TV Land — Shows especially two and a half men

Why is it that tv land will only play aston kutcher episodes?!? It was such a nice change to see charlie sheen episodes today!! I am so sick of watching the same 4 seasons of walden!
If you're gonna play a show on your network then please show all the seasons!!

Also, really getting sick of watching the same old shows day after day... Night after night!!
Please spend some money and get a different variety of sitcoms!!

I will not watch your network anymore until it changes, and I mean that especially about two and a half men... Want charlie episodes!!

TV Land used to be place where families could watch good old fashioned tv shows from the past we loved. It was a safe place where inappropriate commercials and violent shows were not presented. Now I am Very offended that I have to see immoral commercials for a Drag Queen competition constantly while watching The Andy Griffith Show! What an insane contrast. One of the most wholesome and funny shows about nice and normal families in America with commercials about Men dressing up as women and talking about it in too much detail! Simply awful.
I don't need TV Land to push this Woke New Age Agenda about sexual preferences. I watch your channel to escape this indoctrination about what you think is appropriate. STOP THESE IMMORAL OFFENSIVE NASTY COMMERCIALS AND LET ME ENJOY MY FAVORITE SHOWS WITHOUT THIS CRAP INTERRUPTING THEM!
VH1 is a cesspool of filth that needs to stay on that channel only and not on TVLand! I am a retired teacher who tries to be open minded but this Drag Queen crap is too much and it needs to stop if you want me to continue to watch your channel!

TV Land
Doing nothing would be this company's favorite pastime, if they had the energy for it.