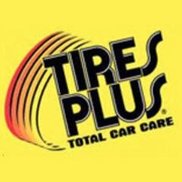 Having problems with Tires Plus Total Car Care?

This actually happened a while ago, but I thought I should warn other college students. When I was a sophomore at UGA, I blew a fuse in my dash board. Even though I am a girl, I am not an idiot when it comes to cars. My dad told me to take the car to Tires Plus to get them to put in a new fuse for me and get some other minor things taken care of (oil change and tire rotation). So I took my car to the TiresPlus on College Station. After a couple of hours, they told me the reason my dash lights did not work because the entire electircal routing in my car was bad and they were going to have to replace everything electrical, which was going to cost me about 800 dollars an hour for a few hours. They also told me they replaced all the fuses in my car just to be sure.

So, after listening to that line of bull, I got out of there. I didn't get any work done on my car that day.

The next morning, I went and bought a fuse at a local store for like 3-4 dollars and changed it myself. That was about 3 years ago and my car works fine. No other auto places have found anything wrong with the "electrical routing" sense then either.

The TiresPlus on College Station in Athens is looking to make easy money on any ignorant college girl with "daddy's credit card."

Brought the vehicle in for 2 new tires and a alignment. Service writer came back and indicated that I had a...

I bought 4 'NEW' Michelin Cross Terraine tires plus the 'warranty' for a total of $841.91 from Tires Plus June 2017. At the time I, like millions of others, was unaware that you can find out when the tire was actually made by looking at the DOT# on the tire wall which gives the week and year the tire was manufactured. The long and short of this story is that I was sold 2 tires that were already 3 years old, 2 tires there were one year in age at the same full price, and was told by 'Howard' in Jacksonville Florida (district manager) that they are allowed to sell tires up to 5 years old to consumers. The NHTSA recommends that tires be replaced that range in age of 6-10 years of age. So, you can buy tires that are already 5 years old and get only 1-5 years of actual wear if you go by the Highway Safety Administration's guidelines. They additionally recommend that it also depends upon the make, model, mileage, etc. of the tire if you can expect to get as many as 10 years. Tires Plus will only offer you the difference between what the tread wear is and the actual mileage you have on the tires towards 'new' tires (whatever the age really is you would have to check again). And so basically they offer you nothing. My car's tires had only 29K miles on them and yet the tires are 8 years old, the car is 7 years old, and I bought them 5 years ago. I asked Howard if he would (since he's in the business and knows this information) if he would knowingly buy 3 or even the 5 year old tire and not only put them on his own car but also pay FULL price (like we the consumer is forced too). His only response was to state that he could say the same thing about what I do for a living (not knowing what my career is). And to that end, I am a Realtor and in no way have I ever met a buyer who goes into a transaction knowing how old the house is that expects to pay the same for a 3-5 year old house that they would pay for a house next door that was built in 2017! I hope that everyone reads this if for no other reason than to be aware of the age of a tire at the time you're in the tire store so you can make a better decision as to whether you're going to pay the same price for a 5 year old tire that's been sitting around in a HOT warehouse or if you would rather be smarter and buy a truely NEW tire for the same price!

They fire store personel for not selling stuff as requested by district staff. They dont fix cars they sell what makes the agenda happy for that day. you can go in on monday and they will sell brake flushes and coolant flushes, tuesday they will sell trans svc and fuel svc and so on. And then this "tpvi" you must sell 2 or 3 or more a day plus get so many credit cards a day (known as cfna credit apps) or you will get a meeting then threaten or fired. This is not a mechanical repair shop but a scam to make the rich richer in the corporate world of Tires plus, they do not care about the customer at all.

I had an alternator put on my son's car in May. In June, it stopped working again, so they did replace it. Well it stopped working again in July and they refuse to make it good. I paid $350 for this work and I am so pissed I don't know what to do. I don't have the money to go pay someone else to do the same work that Tires Plus did such a crappy job on. Does anyone have any ideas as to what I can do to get them to make this right. I would appreciate any help anyone could give.

The complaint has been investigated and
resolved to the customer's satisfaction
Resolved Tires Plus — total car care... not so much

Long story short... a good female friend of mine had a 2000 Mountaineer with a 5.0 V8. Had a misfire caused by a bad coil so I came and helped her get the vehicle to TP as they were the closest place that was still open. The next morning they called to say all was well so she arranged to have a friend come pick her (+son) up so she could get her car. She paid $220 and left thinking all was well. Went to drive away and it misfired just as before so she went back. The store told her she needed a tune-up consisting of plugs and wires... in total the repair cost ballooned to $615. (Insanity!) To make matters worse, the "ASE Master Mechanic" installed the #2 plug wire directly ON the hot exhaust manifold. Who does this? I noticed this a few days later and rerouted and taped up the damaged wire. Contacted TP corp to complain as their "repair" cost $615 and lasted just over a week before her car needed attention at another TP location while she was 130 miles from home visiting friends. I requested a partial refund as this was a horrible experience for my friend (not to mention myself) but after bouncing numerous email with someone at TP corporate the store manager finally called me and offered only a few free oil changes. For the record, the exact same spark plug that costs $3.33 RETAIL will cost you $9 at TP. When you charge premium prices you should deliver premium service and not botch a simple job in such a blatant fashion. High school auto shop kids know better than to have ignition wires ON exhaust manifolds unshielded.

I have since emailed TP corporate asking to be put in touch with the store owner as their free oil change offer was nothing short of insulting, but that request was ignored.

They may be ok for Tires, but I would never ever trust them with basic car care again, especially since they don't appear to want to keep customers happy when something goes wrong. I've worked in this industry and know it goes a LONG way to own up to your mistakes and sometimes offer a refund to make right with your customers. This store does have friendly staff so they will smile and be polite as you pay twice the retail price for the parts they install. If they screw up you'll be offered a few free oil changes and be informed "that is why we offer the warranty" (so another store can fix their mistakes?)

I will never ever set foot in another Tires Plus store after this experience.

The complaint has been investigated and
resolved to the customer's satisfaction
Resolved Tires Plus — Terrible company!

My husband and I have been taking both of our cars to our local Tires Plus for a few years now because...

Tires Plus Total Car Care
29
%
Not bad, but could've been way better. This company does respond, but not as often as you'd expect them to.