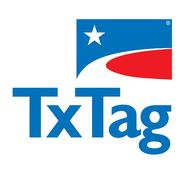 Having problems with Texas Department of Transportation / TxTag.org?

For some reason, every time I check my txtag account there's a charge. Despite, me not using a toll road. I've called customer service, and informed them of the situation. However, I can't get a set answer as to what is going on. I'm told that their is a dispute open to look into it. 2 weeks later, I haven't heard anything. But a new charge has been added.

They've collected $1000's in fees from me but not any of the money is accounted for. And I have a $2400 Habitual Offender tag on me.

The other day I was arrested and detained even after paying the money I've already paid.

CTMA has NEVER gotten any money of the o er $1500 I've paid in the last 3 years. They refunded $5M to customers last week but none to me. I asked why. "Uhhhh we, ughh, we, uhh..". They have either embezzled money, or misused, or deliberately sabotaged my account. CTMA has not gotten ONE cent and I was arrested and detained.

In the video below, the supervisor, Patricia Palomo (this was taken in March 15 is trying to explain why the audit she promised me where she said, verbatim, "we will find every penny since 2016", isn't done. I'll tell you why: they have screwed this up and screwed 100's, possibly 1000's, out of money who have no emhearing, no recourse, no help from them.

They have violated my 14th Amendment rights to due process. They have lied about the audit. They have either embezzeled or stolen my money, and CTMA is demanding I pay $2400 that I paid TXTAG already.

Back in December 2020 (during TxTag's system update) I noticed that our account was not being charged. I called in Jan 2021 to request that my cc be removed so I wasn't overcharged. In Feb 2021 I found that I was over charged by over $400. I was told I was going to be issued a refund (never issued or received) and removed my cc. I logged into my account today and discovered that I'm not being charged correctly, and that I suddenly owe $351! I have called 4 times since my initial call in Dec 2020 to try and rectify this matter and now I'm furious! I was told that it would be at least 48 hours before someone would call me back (which I highly doubt will take place) and am about to contact my attorney and the media as TxTag is notorious for inaccurate billing and accounting. This has to stop NOW!!! I want my account corrected and any monies owed to me to be replenished. I further want full transparency of how poorly run this organization is!

I had over $1000 taken out of our checking account because of a auto rebill of $20, 52 times. Was told it would take a month to credit back and now it has been 36 days and they told me it's still in the final stages of being approved. What if I had NSF fees? Would they credit that back? How can they take my money for over 36 days and not give it back. I did not owe that but it was a mess up on their end. Theft!!! Illegal!!! I have spent several hours trying to go over this and get it all credited back and still no where.

My wife and I are both retired. We do NOT use the toll roads every day, however, recently, we have been getting charges of over 300 dollars in a 1 month span. I called TX tag and the customer service said they would look into it and hung up the phone on me. There HAS to be something SERIOUSLY wrong with my account and it is NOT being looked into! The 300 dollar charges are only part of the problem. I was told that the extreme charges are to "catch up" with previous charges that were not made since October 2020, however, I've been charged for all previous months since October 2020 with the exception of January. We do NOT use the toll roads enough to justify these charges and upon looking at the information that's available, the amount of the charges do not coincide with the toll data acquired from spreadsheets. We asked for statements to back up the charges and thus far and TXtag officials have not produced them. In fact, the most recent statement available dates back to October of 2020, which is totally unacceptable. I was told that the statements would be sent, however, they have yet to do so.

My credit card has been billed $180 since December, despite the fact that I have not been using the toll road on a regular basis, due to covid 19. My TXTag account number is [protected]. I have sent a message to TXTag but there is no justification for these bills. I was charged twice on February 13, $40, when I hadn't even used the toll road. I can contact my credit card company and have TXTag blocked from charging my credit card but I'm concerned that they will bill me by mail. I can go to my account and send all transactions. When I checked my account balance it was around $27. They have no right to charge my card when I haven't been using the toll road.
Eric Daub
[protected]@tlu.edu

I just relocated to Dallas Tx 3 months ago and purchased toll tags for two of my vehicles. During that time...

I opened a NEW account with my name and info, with TXtag. Uploaded my bank info for pre-payments. I wanted to add my newly acquired, 13 yr old pickup truck to the account. And I needed /wanted a NEW sticker on it, so the previous owner doesn't get charged for my toll fees. Simple enough. After three days, and three hours on the phone, they can not transfer the license plate numbers from one previous owner's account, to the newest owner's (me) account. They either don't understand the system. Or the system is surely broken. Tomorrow, is another day, , , I'll call them back and see if they have managed to pull their head out. Oh, BTW, they took all their cash deposits / fees, etc, out of my bank within two hours on the first day's phone call. But I can't add my truck to the account because their system says it belongs to another account. I even have a newly issued blue title to the truck from Texas DMV. Which they have access to, , and still can't figure this out.

Texas Department of Transportation / TxTag.org — I need my $40 back.

About 3 weeks ago, TXTag charged $60 to replenish my account even though I still had $13.00+ in my account. When I initially gave my credit card to TXTag, I was assured that I would be charged $20 when the money ran out for my account.
During my first phone call, the representative removed two of three vehicles from the account and assured me I would receive a $40 refund.
I have written an inquiry on the TXTag website to resolve the problem and spent a good deal of time calling four times. Two times I was told I would be refunded $40 and to look for it on my credit card in several days.
I have received no refund. Today the TXTag system is down so no one will resolve my problem and there is no opportunity to speak to a supervisor because "they are all working on the system." I am told to call a fifth time to resolve my problem.
TXTag acct. # [protected]
Martha Harrison

I leave in Florida and have never been in Texas but to my surprise I received this bill that my car used GRDPKY, Mossy Oaks, ML on 8/9/20 @ 5:20pm transaction [protected]
Would also like to know how TxTag got my information from Florida.
Could you please Investigate and as soon as possible and rectify this error and let me know.
My email is [protected]@aol.com

Customer service representative called me a liar stating that I had received my initial bill in the mail as well as I was getting emails. Well, the email was incorrect. Straight up fraudulent business to get more money from Texans! I have NEVER had a customer service rep call me a liar, he was out of line and disrespectful. This is their mistake - they are money gouging! I never disputed the tolls, but I never received a bills from them until it had fees and collections on it. The system is horrible!

Received another bill from txtags, after I have already pages off the whole thing! Account number-[protected]...

Texas Department of Transportation / TxTag.org — Not receiving the original bill, when bill was received, they refuse to waive late fees

All of the terrible reviews regarding possible illegal behavior by Txtag make sense after my experience. I...

I have received a confusing number of bills from TX Tag and have tried multiple times to clear these account...

I am trying to pay a toll fee that I have been trying to pay for year. I can't do it online because it rejecting the correct information. I have tried to call and get this resolved and I am on hold for (as the automated system says) 61 mins. This is a joke!!! No wonder the roads look like they do out there because noone is working to collect the funds that support keeping the roads upgraded.

Receiving bill's and collections notices for my elderly, disabled father who does not drive. It has been disputed many times and txtag even agreed to remove charges but now getting new bill's under an account # [protected] when there shouldn't be any!!! Very disappointed and frustrated with the level of harassment. This is fraudulent and they know it.

I am his daughter and attempted to explain why he cannot possibly be driving through tolls yet they continue to send bill's and are now giving him collections notices and affecting his credit. Shame on this scam agency!!!

the light at 2224 jacksboro hwy/199 has the traffic backed at least a mile during the daylight hours. this morning just like every morning at 30 cars going east and west are setting waiting for the light to change for no traffic in the north and south direction. south side of the road is a closed wal mart the north side of the road is a closed murphy gas station an advance auto and a jack in the box that is open. im talking about 5 oclock in the morning. in the afternoon the light is backed up to nw 21st street. about a mile back up. ive been driving this direction for 20 years and this is the worst ive seen. this mile stretch has added 20 more minutes to drive the last month or 2. in the afternoon its a 3 lane west road because they are using the shoulder to go to the jack in the box entrance go through the parking lot past the gas station to whataburger exit and bypass the light. with all 3 lanes now pluged up emergency equipment couldnt make down the road.

Texas Department of Transportation / TxTag.org
1
%
Doing nothing would be this company's favorite pastime, if they had the energy for it.