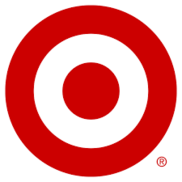 Having problems with Target?

I used to spend hundreds of dollars a year at the local Target store, but I will be taking my business to one of their competitors now.
I bought a Christmas gift for my child in September of this year.

I kept my receipt for the item. I found out maybe two days before Christmas that a relative bought my child the exact same gift. Not a problem, I thought. I have my receipt, I will just take mine back. Imagine my surprise when I found out my receipt was valid until December 18th.
Target informed me that because I didn't have a receipt (I kept correcting them and telling them I did have a receipt), they would accommodate me by allowing me to exchange my item for another item from the same department (toys). I would gladly have exchanged the toy for other items from the store, but they said that was not allowed.
I have since contacted my relative and asked her for the gift receipt (I didn't want to tell her that I had already bought the same item for my child, but Target forced me to do just that). I will be returning the item and I will now do my shopping at a competitor. Target does not sell anything that I need that I can't get from another major retailer.
I feel that Target should re-examine their return policy. I did not buy a seasonal item. The toy is still being sold at the store. The fact that they do not allow local stores to make exceptions (I missed the "return period" by 8 days when I pulled my receipt out) for non-seasonal items still stocked just shocks me. The local store gave me the Target customer service number and I heard the same message from two different people there. It's their policy and there are no exceptions.
I am telling all my friends about my experience and urging them not to do any advance shopping for Christmas, birthdays, etc. if they do shop at Target.

Target — order delayed for over 5 months!

What I really want this year for Christmas is for someone to cancel my Target order. On July 21st, 2006, I...

The complaint has been investigated and
resolved to the customer's satisfaction
Resolved Target - Cheektowaga, NY — heartless store!

I am writing to everyone I know about something that happened to me. On October 12th, western NY got hit with a freak snowstorm. This storm dropped over 20 inches of snow which took down power lines all over. Over 300,000 people were without power. On the second day after this storm I finally managed to get out to try to buy a few things. One of them was a battery operated radio. I ended up at our Target store in Cheektowaga, NY. They were one of the few stores that managed to open up that soon. I went in and there were 2 radios on their shelf. I asked the saleslady if there were any in boxes and she said no and told me that I could not buy either one of those 2 since they do not sell display models. Well, after all the stress of the past few days, I started crying. I asked her to please call the manager. She did. When the manager came, I told him that I wanted to purchase one of the radios and he told me the same thing. I told him that during an emergency situation, I thought store policy should be suspended. He told me, "Well, what if another shipment of those comes in? How will the customers be able to see what they are going to purchase?" I told him to just open another box, take one out and put it on display. He smirked at me and told me that's too bad, it was still company policy and he wouldn't sell me one. My poor kids were hugging me telling me not to cry and he just walked off. Well, needless to say, I will never ever shop at a Target store again and I told this person that I would tell everyone I know what a cold, heartless store it was. I called their headquarters to relate what happened and the woman said he should have sold it to me but that was about it. I am so disgusted with a company that cares more about it's policy than about it's customers. So please, pass this on to everyone that you know. Let everyone know that Target doesn't give a care about it's customers only it's bottom line and it's policies. I believe that people talk with their pocketbooks when it comes to stores and that is the best way to let Target know that we will not deal with a store like theirs. I am asking everyone to please copy this and send it to everyone you know. I would not want anyone else to go through anything like this. Thank you very much.

I bought a camera and the matching printer a Christmas present for my daughter. My daughter opened the camera...

I will never use a product shipped from target again. I purchased a cassette player through target. Shipping was very slow. Also it is very hard to find the complaint department for amazon.

When I tried to return a file cabinet, unopened box without receipt (misplaced it) to Target store, they made...

Target
28
%
Not bad, but could've been way better. This company does respond, but not as often as you'd expect them to.