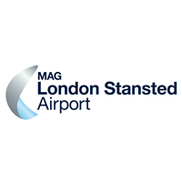 Having problems with Stansted Airport?

ComplaintsBoard.com is not affiliated, associated, authorized, endorsed by, or in any way officially connected with Stansted Airport Customer Service. Initial Stansted Airport complaints should be directed to their team directly. You can find contact details for Stansted Airport above.

Use this comments board to leave complaints and reviews about Stansted Airport. Discuss the issues you have had with Stansted Airport and work with their customer service team to find a resolution.

Disgusting customer service! I had problems regarding the liquids wich you can carrie in your cabin luggage. On the security check member of staff who was pushing the trays to the scanner refused to take my cabin bags as " I was not allowed to have more than 100ml of liquids with me" . I am copying the policy they post to their website for your information: https://www.ryanair.com/gb/en/useful-info/help-centre/faq-overview/Baggage/What-liquids-can-I-carry-onboard
I had in total 500ml of liquids all sealed in a seetrough bags ( she aksed me to split them in 2 transparent bags) and she made me bin an expencive body lotion and a fragrance without giving me a chance to post my goods to home or use storage on the airport. She kept me there for 20 min and when I asked to speak to manager she refused to contact me to one and I needed lituraly shout for somebody. On the top of everything she was rude by yelling at me and saying " who you are to teach me my job? You need to do as I am saying." Even told the people around me that I might br having explosive liquids with me. I felt so embarrassed and angry. She didn't have name badge on her so can't tell names. Finally when menager came he said that she shouldn't be holding me and I am doing nothing wrong. That cost me running for the flight and lost of £100.00 in the bin. I am still very angry and won't let go! This behaviour is unacceptable!

Sunday morning 3/1/16, 5.15am There was complete chaos in trying to exit the set down area this morning. This has happened previously to me but not to this degree, it was a complete shambles and took me 45 minutes to exit. I was fortunate!! on returning to the M11, the que on the otherside of the road trying to enter the setdown area had tailbacked two roundabouts. I had dropped my daughter off at 5.15 and then had the £2.50 ready for the barriers. it took me so long to get to a barrier the charge came up at £32.50. I and every other user was fuming. It does not cost at Gatwick or Heathrow for set down/pick up. This is a complete rip off and a money making nonsense. Once I got to the barrier, I pressed the help buzzer and advised that I had placed the £2.50 in the basket and the woman lifted the barrier. there was just one man there trying to assist. Other busy periods will be the same!! sort it out. A Gundersen, tel [protected]

My Daughter Miss Gemini Sim was on the flight from Athens to London on Sunday 19th July, I have enclosed a photocopy of the Boarding pass for you information as to the references so that you can pinpoint the shift of the passport control staff on duty at that time.
I also enclose a photocopy of her passport so you can see her age and verify with the members of staff involved that they had the below mentioned dealings with her.
Gemini has finished her exams for the year and as she has had many anxiety problems and panic attacks I the last year, she took a 10 day trip with Annabel Burgess to Greece to take a well earned rest. The first trip they had made without parents. The trip was amazing. On her return to Stanstead she was informed by a member of your staff that she did not look like her Photograph in her passport. Gemini is now 21, as you will see from the Photocopy of the Passport, it was taken when she was 17, she has had a good many different hair styles and colours since then.
At first Gemini thought the staff were having a joke with her as she is very pale skinned and beautifully well spoken, so not an immigrant in any way. Unfortunately the member of staff began goading her as to how he hoped he had spoilt her trip! Gemini offered him her student card and bank details which he seemed to not be interested in. He seemed to only be interested in embarrassing her and making her stressed. Her bag had previously been searched and obviously found to have nothing of interest in it.
Gemini was made to sit in an area in full view of all other passengers, where she was made to feel like a criminal. She was there for a long time in which she got very upset as she was tired from travelling and wished to continue her journey home. No checks were carried out as none of her ID was taken for checking, it seemed that the staff were bullying her for reasons I cannot understand.
Eventually she was released with no apology or reason given as to why there had been the considerable delay. She still looked the same and her passport picture hadn’t changed so we are unclear as to what happened in the time it took to shame and demoralise her.
Gemini is due to fly with her Boyfriend and his Mother to Portugal unfortunately from Stanstead in the near future, She is obviously very fearful of this given the treatment she received at the hands of your staff as she will be using her valid passport.
Personally I am horrified at the treatment and apparently callous way she was treated by middle aged men who should know better or be re trained immediately. I request a full investigation into this matter and expect a reply within 14 days.

Good afternoon, my name is Filipa Carvalho and I live in Oporto, Portugal. My family (mother and sister) and...

In March 2011 I travelled through Stansted airport. I did not receive a plastic liquid bag nor did I see any signeage whatsoever that I needed to buy one prior to clearing the queue. I had my liquids in a see through plastic wrapper I had found at home. I was told after clearing security and after a very long wait (20 minutes) that I could either leave security, buy a bag from the shop and requeue or lose my liquids. At that point I would have lost my flight so I had to bin £30 worth of liquids. STANSTED NEED TO MAKE IT CLEAR THAT YOU HAVE TO BUY A SECURITY BAG PRIOR TO CLEARING SECURITY OR OFFER THE OPTION TO BUY ONE AT THE SCANNING MACHINE

Stansted Airport
33
%
Not bad, but could've been way better. This company does respond, but not as often as you'd expect them to.