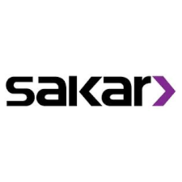 Having problems with Sakar International?

I have waited over 2 months for a printer driver which was supposed to be included with the camera. After...

Warranty not being honored!

Have been waiting over 2 1/2 mos. for a replacement camera that their customer service reps said would take 3 weeks to get. I have called numerous times to no avail but to be consistently lied to and given the run around. I even called their headquarters and spoke to the person who is supposedly in charge of their customer service dept. and he gave me an invalid tracking number! If a manager at headquarters treats the consumer this way, it's no wonder the reps do the same!! I filed a complaint with the New Jersey BBB and found out that as of the date of this posting, this company has an "F" rating!!! No suprise!! This company needs to be exposed and stopped from their unethical business practices. Please feel free to contact me if you have had a similar experience with this company. I would like to gather as much info from people who have, and expose this company for their unethical practices and hopefully get justic for this victims who have had to deal with their deceitfulness!

On Dec. 5, 2009 I purchaed the camera Model#86379, a digital camera for my daughter for Christmas. I have not been able to open the battery compartment yet!!! I purchased nearly half the money spent for the camera on various Phillip Head screwdrivers and have had no success in opening the this compartment.

being lied to, told new camera was shipped repeatedly

For three months we have been waiting for our replacement camera, because the vivitar we were shipped broke within a few pictures on the first roll of film

If I can assist with the demise of this company PLMK, by posting here.

Sakar International
0
%
Doing nothing would be this company's favorite pastime, if they had the energy for it.