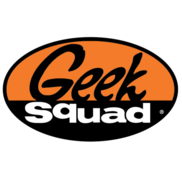 Having problems with Geek Squad?

Date of incident: 12 Mar 21
Client Number: they search for my warranty via my phone number [protected]

Description:
- My warranty covers a loaner for when my laptop has to be sent in.
- During current Covid lockdown, I have to courier my laptop to them and wait for it to be fixed and returned. And they are refusing to send me a loner.
- This is preventing me from doing my work.

Power supply is intermittent. I can charge my laptop only when I find the correct bend and tension of the output cable, within 6 inches of power supply.

I paid $200 for Geek Squad help and all I asked the first agent was to reinstall my sound. That he did not do and then I had hundreds of popup ads. The second agent gave up and told me to take it to the store. They fixed the sound but popups still there. The third agent fixed agent fixed the popups, but now i can't view any of my file photos. Just now I got a fourth agent that fixed nothing, logged out and I haven't heard from him since. This has all occured in one week.
If something is not done immediately, I am never going back to Best Buy and will not continue my service.
I have been a loyal customer for many years and have made many purchases. That will end as I waited an hour in the store in Augusta, Me or a salesman to assist me and never got one.
Norma Gayley

I had a remote with a GS Agent named Mohammed yesterday to find out why my PC would not recognize an external hard drive. Now, that is the LEAST of my problems. After thoroughly scanning my internal hard drive, checking for viruses, etc., the agent then (at the end of the session) evaluated HIMSELF, giving himself glowing marks for excellency, then abruptly ended the session himself without resolving the initial problem. Now my PC has ALSO lost ability to connect with the internet OR locate any available networks. I believe he created a restore point, but didn't ask for input as to name it or where to store it. He DID call me once, from [protected]. Now I must disconnect my PC and bring it in for service. I have a maintenance contract with Geek Squad under the name Richard B Foort, at e-mail [protected]@hotmail.com. I am NOT A HAPPY CAMPER! My cell phone number is [protected].

I went on to get some help with my printer. I really don't know if the printer is working like it should since I don't want to just print anything because the cost of the link it high. My computer is working until I go and open my account and the 5 dots keep going around and around. I get tied hanging on for service. A lot of times I have trouble understanding what they are saying and I have to keep on asking them. I also don't like when they say we will have to put you to another person. I am not sure if I am going to continue my service when my year comes up. I now need to call again and have them fix this problem. I find that the service is going down and the prices are going up.

Reference Geek Squad Case # [protected].
I Cancelled Maintenance plan on Jan 10 2021. Geek Squad advisor botched initial refund request. Despite several phone calls to query why refund was being delayed Geek Squad did not recognize their error until 24 Feb 2021.
Many, many phone calls and many hours on phone to date Geek Squad still not providing coherent response as to why refund has not occurred. Since the Customer Service responders cannot provide coherent response I have asked AND BEEN PROMISED a call from a Supervisor 4 times. To date, this has not occurred.
I have been the victim of Geek Squad incompetency for over 2 months now over a simple Plan cancellation and refund request. I will of course note the customer feedback and my complaint to the Better Business Bureau accordingly.

On 2/23 my husband had Best Buy Geek Squad come to our home and hook up a WiFi booser for $99 that with tax came to $106.99. Today I received an email telling me your FRAUD SQUAD hit me $475.99 for my subscription! I NEVER subscribed to anything remotely close to Geek Squad, have ZERO need for this have tried for over the past 30 minutes to speak to a call center rep that has 1/2 a brain cell to assist me but it's useless, none speak English and hang up on me so I am telling you I DO NOT want this, will dispute the charge with my credit card company and NEVER shop Best Buy EVER again!

Thank you for using network Services. This email is to inform you that your annual subscription with GeekSquad is renewed. The plan was confirmed at your end.

Your order details are:

To upgrade/cancel your subscription, please contact our customer service desk given below. (Working Monday-Saturday, 8AM - 8PM EST)

IMPORTANT: Please do not reply to this message or mail address. For any issues, please reach our Customer Contact Centre

I have been a paying Geek Squad member for over a decade and part of my plan benefits is to have (pay for- reduced cost) an in-home installation option. I have tried unsuccessfully to schedule an in-home installation several times and have been told that there are no appointments available in my area until June and they can't schedule that far out. They tell me that my ONLY option is to call in every couple of days to see if an appointment has opened up. I explained that I call, then a recording tells me they are very busy and if I want, someone will call back in approx 48 minutes. So, then I have to hang around until someone calls me back. Is this fair to put the burden on a customer? Why can't they put me on a waiting list and call me when an appointment opens up? The Geek Squad Supervisor told me on 3-2-21 that it is not an option.

We purchased the extended warranty and scheduled an appointment. All they could tell us was it would be any time from 8 AM to 5 PM today. At 5:45, we were called and told the repair person just wasn't coming and we'd have to reschedule. I'm self-employed and missing a day at work in this time of the pandemic is extremely costly. We received a call from Sears which sounded like one of those car warranty calls . I thought it was a scam. They never identified themselves as Best Buy, Geek Squad, or such. After speaking with four representatives, I was routed to a supervisor. The guy hung up on me!!! What HORRIBLE service. Never again will I purchase large appliances, or a warranty from Best Buy.

On 01/14/21 my TV set would not go on and there was a flashing Red light. I called Geek Squad for repair and was told they would order parts and send them to my home and the service man will be there on 01/21/21. The service man arrived took my TV apart and replaced 2 of the 3 circuit boards in the TV. The TV still didn't work so he said he would order parts and would have to return when the parts. I have called the service man numerous times (twice per day) over the last week and he has not returned any of my calls. I even asked to speak to a supervisor and have called him numerous times (twice per day) and he doesn't return my calls. They say they have to order parts but I call and I'm told that there is no parts on order. Is there anyone that can tell me if the parts were ordered or are they going to replace the TV and when this will take place. Is this company policy not to return calls. When will I get an answer? William Kaiser 10833 Dennington Rd. Fort Myers Florida. [protected]

The goal today, 1/21/21 was to transfer files to an external drive for use on a new laptop. Unfortunately...

Purchased 77in LG OLED TV from Best Buy. Best Buy was to have Geek Squad deliver tv and unbox tv. When delivery arrived, it was a 3rd Party Trucking Company, did not speak English, did not identify themselves or present id, would not unbox tv.
Thus, contacted Geek Squad Installation and Services Customer Service which is routed outside the US to Costa Rica. I explained the event and was told that because I complained about the delivery team not being able to speak English, I was NOT allowed to complain about that and if I would not retract my complaint about not speaking English, the call would be ended!

Are you kidding me Best Buy, you are now going against paying customers and not allowing us to call into a US based call center to complain you are sending out 3rd Parties who do not speak English and then we call into to complain, they tell us that is offensive and we are not allowed to bring up a language issue as a complaint? NEVER AGAIN Best Buy!

Geek Squad — Representative on the phone

10/31 - Task bar on my all in one was no longer working, but could still connect to the internet and use my...

To whom it may concern;

I schedule a refrigerator repair with a Geek Squad, using my extended warranty I purchased at Best Buy.

I supposed to get a call day prier of repair-- Never got a call.
Today 09/09/2020 no one showed up!
I called customer service and after waiting 30 min. I was told that different department " Special forces" is handling those type of repair.

I am 45 min on a wait call and still cannot get a person on a line to find out why no one came to repair my refrigerator.

To whom it may concern, I've only been a Geek Squad customer for a few years. When I first signed up...

I just want to Have our Frig fixed. I never had so much problem with a warranty. Been on hold for over an hour. Is there a number were I can schedule a repair?? The call hung up once and I had to start the call all over again. I Diffidently think twice about going to best buy and buying the warranty. Is it possible to cancel the warranty and get a refund? Frig is only a year old.

Good afternoon My Daughter took an iPhone for repair and they told her it is not reparable and Geek Squad...

Called Geek Squad to repair a microwave purchased from Best Buy. Initial service provided a June 11. Microwave was determined to be unrepairable because parts are not available. The issue was submitted to a customer service for review and to authorize a replacement. July 1 no resolution and I have contacted Best Buy customer service numerous times mostly to be put on hold and ignored. Requests to talk with a supervisor regarding the issue result in me being put on hold with no one ever coming back to talk with me.

Geek Squad
22
%
Not bad, but could've been way better. This company does respond, but not as often as you'd expect them to.