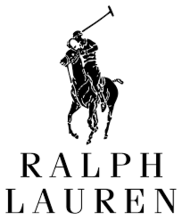 Having problems with Ralph Lauren Corporation?

My Nightmare Experience with the STOMA Department of Ralph Lauren I have been an avid admirer and a regular customer of the brand Ralph Lauren for many years. This year however, I think you have hit it out of the ball park with your new collection of cardigans drawing inspiration from the Native Indians and one can say even the Maya culture of Latin and South America. Very appealing and comfortable. I myself bought a couple of the cardigans whilst I visited Stockholm earlier this Fall and even some jackets and sweatshirts whilst shopping in Berlin. Ralph Lauren in the end of November had a sale advertising 40% discount on many of your items to my surprise. Therefore I made a large order for more of the collection online and had it delivered a week later. The goods arrived and all was fine except that the size of a cardigan was wrong. I proceeded to make an exchange and sent it back with the UPS service for the item to be exchanged. Myself, working as a Global Telecommunication Marketing Manager, I know that sometimes mistake are made, hence why I decided to UPS on the 10th of December this year to ensure that they understood that I had moved country recently and now wanted the item (the cardigan) to be returned to Madrid, Spain. I also wrote this on the return form and also provided my new address. As I spoke to a customer service agent over the phone, the agent made notes and assured me that all was going to be fine. I followed this phone call up two days later, as I failed to receive an email informing me about the exchange as they had promised. I then spoke to a customer service agent in the UK who told me since I had moved country, they could only refund me as a gift voucher which I accepted. I waited a few hours and I was then on the phone with another agent and was then told that they would in fact refund me the value of the cardigan, to the original method of payment which was my credit card. Now, I had previously on several occasions told the agents that I had moved country and no longer used my old credit cards. I specifically had asked for an exchange and not a refund and I had been told that they would refund the item in the form of a gift card so I could re-ordered on the Spanish website and get it delivered to my new home address in Madrid. I have now on several occasions, in fact, made over calls over 25 times but nobody seems to help. I have called the UK offices, who gave me the go-ahead to receive a a gift card to re-order the item on the Spanish website. However every time that I speak to the customer service agents they fail to understand their own notes on their computer or they transfer me back to the UK site, which had nothing to do anymore with this order which needs to be placed on their Spanish website. (Scenario such as this has occurred. Agents assures me that they will send an email the same day, however this never happens. I have been transferred numerous times to different customer service agents who has nothing to do with me or my area of complaint. I am transferred to someone who speaks French, because according to them I speak French which I do not. I have made so many calls that they even recognised and admitted in one of the phone calls, which I have personally recorded, that it was their warehouse that made the the mistake etc. etc.) Last night finally someone placed the order and suddenly I got an email the next day that the item was out of stock. However, I called again this morning and suddenly the item was back in stock. I therefore tried to re-order the cardigan but this time their system had problems accepting my new address and asked me to place a purchase request online, which I did while I was on the phone with them. After 40 minutes on the phone, I wrote the ID number and Pin Code of my gift certificate however it said that it was empty because they had not made the original refund. This is all very strange to me as I had earlier received an email from ralphlauren.fr explaining that that the money was back in my gift certificate and the Customer Service Adviser this time, a man named Andrew, told me to call on Monday because they had not had the time to put the money back into the gift certificate. After multiple, and multiple phone calls to try to order a simple new cardigan in my size, a whole customer service department of one of the major brands in fashion, could not assist me at all. I feel that I have waisted hours of time on the phone, hours I could have been more productive in my work with meetings. While I was in my office I was able to record some of these phone calls and I am more than happy to provide these to you to illustrate the utter inefficiency that the Ralph Lauren Customer Service Department is conducting. Even, one of Andrews supervisors, told me that I was not allowed to record conversations, simply, I believe, to prevent negative exposure in social media and through customer feedback reviews. However, I did exactly as most companies do to me, I recorded our conversation for proof of unacceptable customer service. Lastly, I wish to say that I am deeply upset about this whole scenario and I will refrain from buying your brand as a result. Loosing a customer due to the above, should not occur.

their items and handbags are counterfeit

Don’t believe the company www.ralphlaurenpolo.me.uk. I have ordered from them handbag and one pair of shoes, but the items were counterfeit. I was so angry and wanted to return these items, but the seller didn’t indicate their contact information on the website. There was only icon if you want to send message, but they of course didn’t react or respond. People, be careful and don’t waste your money on the website.

Faliure to send right item and refusal to correct the problem

I ordered a Ralph Lauren sweatshirt from the www.fashionralphlauren.com company in November. The site looked...

I had to change an expensive shirt that bled the color when washed. The store refused to give me a refund but gave me only a credit to buy another shirt. The second shirt also bled and now I had to exchange it for one white shirt in the hope that it will not bled but I will never buy again from Polo Ralph Lauren and recommend everybody never buy from that store. I used the Ralph Lauren store in Madison Avenue, New York City. It is shameful that Polo Ralph lauren charges more money for merchandise of poorer quality.

Resolved durability of their shoes

I bought a pair of 79.99 of Ralph Lauren dress pumps and they did not hold up at all. The material is coming...

Ralph Lauren Corporation
4
%
Doing nothing would be this company's favorite pastime, if they had the energy for it.