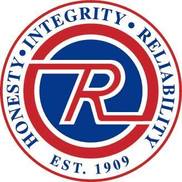 Having problems with PC Richard & Son?

No problem with the dealer, the problem is with gemb/ge money. The payment statements never arrive, I get a statement dated 12 8/08 payment due 1/2/09 in which I sent a payment on 12/22/08, which should have reached them in plenty of time. After that no other statments are received to pay the bill, I finally get a phone call in feburary from gemb to verify billing address, which was wrong and corrected. I sent in another 3 payments without a bill. It is now march and no statement received yet. I was told I would not be charged any late charges due to the error in the mailing address. I called customer service today 3/5/09 to find out about the billing statement for this month and when payment is due. May first billing statement shows a balance of $ 1, 718.04 as of 12/08/08, customer service tells me the balance is now $1, 726.46. I'm a bit confused since the first payment made was for $100.00 on 12/22/08 and then the payment sent for $171.00 on 2/13/09. How can the balance be more then when it started? There are not supposed to be any fees for 6 months. I would like some answers.

I have used pc richard and son's ge credit card to purchase some product twice. When I bought this product from the store I was never told that I have pay the full amount back in the promotional period. I always thought it will the regular finance charge after the promotion expired on sept 2008 which was the billing cycle. Now I am charged $246.01 as deferred interest charge. I tried to calling to few times and every time I was told I need to speak to a supervisor but the customer service rep said they are having technical difficulty to transfer my call and they wont provide a phone number to call them directly. This is going on from last two weeks. Today finally a customer service rep got someone one on the phone saying its the supervisor, the supervisor said she could not do anything about it and my account was closed yesterday, mean while I did ask them to close my account, I was trying to negotiate it so I don't have to pay such big amount. She also mentioned it was noted on my last billing statement to pay the full amount but I never saw it on my billing statement. Then she said it was one of those fine small font which I believe anyone would normally avoid reading. So I have lost $246.01.

I have had a horrific time with PC Richards in NYC. 1 year ago I purchased a refrigerator after the first one...

I am a long time customer of PC Richards. A couple of months ago I purchased a few needed appliances that was destroyed in our home from water damage. I was told Before finance charge came into play we will have to pay the bill within 4 months. My problem was not the pay off, but what I think was a rip off. After not receiving the bill balance for a full month We went to the store where we purchased the items to request a balance and ask to write out a check only to be told we could not make a payment at the store we purchased the item from. Recently we not only received a bill but the balance was now overdue and the finance charge was an outrageous $120.00. What a joke. I am so discouraged by this I am trying to contact all my family & friends to discourage them from using PC Richards unless they finance with another bank. This alone will discredit customers credibility. I tried to speak with a GE Money Bank representative about paying my balance in full without the finance charge included, or just paying a portion of it but was told there was nothing they could do. This type of services is unacceptable to us beings that our past credit speaks for itself.

PC Richard & Son
77
%
Fast & efficient, this company is head above their competitors when it comes down to taking care of their customers! Keep up the great work!