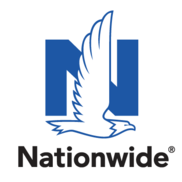 Having problems with Nationwide Mutual Insurance?

I have had Nationwide insurance for the past 2 years. The first year I paid for the insurance using my agent...

Nationwide Mutual Insurance — Will not settle my claim

I recently had to go through a claim on my uninsured motorist policy. The claim number was 359218-GJ. An uninsured motorist was at fault in a wreck I was involved in. Unfortunately this happened right before we were to go on vacation. We did not have rental car coverage, and my car was not in shape to take on a very long road trip. The representative my husband was talking to made it sound as if, as long as all expenses fell under the $25, 000.00 coverage limit, we would be reimbursed for the rental car, so we went ahead and did the rental. Now we are getting an entirely different answer that it only covers property damage. Had we been told that from the beginning we might have went a different route. Instead, we are out over $900 in an incident that is not our fault, due to being misled by a Nationwide rep.

Nationwide Mutual Insurance Company — how i've been treated throughout my policy

well I've report several incidents that accrued and I was and had been missed lead .my car had some damaged...

Nationwide Mutual Insurance Company — claim associate not responding at all

I have been calling "Emily Corowell, her direct phone number is [protected]" for about 2 moths and even leave her voice messages that she never responses to me.
Please have Emily to follow up with me as soon as possible.

My Claim number is 428090-GI. Please response to me either call or email.

Please I just want to solve this problem soon.

I have no insurance policies with you (although I did years ago). I received an authentic-looking but phony...

So an asjuster who came down from Michigan to pa. Due to the high lever of wind damage in berks with the last winter storm just gave me a big FU. I have been a life long nationwide wide customer, I spend thousands each year on auto, home, life and boat. He offered me 250 above my deductible of 500. To patch shingles because I'm 20 years in to 30 year shingles and I should expect that. That's [censored]. My upper roof is fine but the lower is lifting in multiple places on both sides of that lower roof. It should be replaced due to storm damage period. I moving all my policies away from nationwide cause as far as I can tell when it's time to cover, nationwide runs away . Gary Utley 68 deysher road Fleetwood pa

I received a quote from Nationwide Insurance [protected] Kari A Ball Agency Owner I agreed to the quote and...

I have a 2014 SRT Viper that was vandalized or damaged by an unknown party. The vehicle was driven from Texa...

Over a year ago I was informed that my home in Idaho was burglarized . I was visiting my son in California...

To: Mr. Bryn D. Larsen (Commercial Claim Manager) and to the ones being BC'd within the Nationwide Mutual...

I, Wanda Taylor, in behalf of my son, Alvin Williams whose hearing-impaired, wish to express a grievance...

I got pet insurance through Nationwide, and they asked me if I had taken my pet to the vet recently; I was honest and told them that my dog had a rash recently but it has been taken care of and he's fine now. All of a sudden, my dog's insurance doesn't cover any dermal/skin issues because it's a "pre-existing condition" -- a condition? He had a rash once and it's totally gone. Then I asked them how long until I can apply for a revision, and they said that skin issues will forever be excluded from his policy. For a company that claims to put my dog's health first, they sure have no idea how to care for an animal. The whole reason why I got pet insurance is for the peace of mind that my dog will be able to get medical attention without worrying about the expenses. I knew insurance companies were unethical, but I never imagined it would be so blunt. C-2155267

Dear Sirs,
I was in an MVC with Russelle York . Where my car was totaled (For year and mileage) and picked up as per Yiana Andrianakos. I sent the title signed over with the wrecker personnel as directed on 3/23/2018. Joey the adjuster calls afterwards that he is sending an adjuster out to appraise the car and he has nothing in the computer and has no update and began accusing me that I expect more then what he is willing to do and furthermore he has no information to verify what we are telling him.
Next, an adjuster Thomas called advising me he would like to set up an appointment to come out and see the cost to repair the car, he was advised Nationwide already picked up the car. I called Joey back to find out why all the confusion in the same day 03/23/2018. I did not hear back from him this morning as I had expected, therefore I called this morning trying to get some finalization on an accident that was not even my fault. I therefore turned to my insurance company to get further assistance and finalization as I have no updates on how long this process takes, and was not advised of such either. I am supposed to return the rental car I have this Saturday and again I have no update on the finalization of this from Joey as we head to a holiday weekend and I am trying to make plans for Easter. Joey has made himself appear uneducated in the insurance industry and should be more forthcoming on this process as this is poor customer service requiring customer service recovery at this point. I have also called and spoke with Isiah and he advised that consumer advocate will be in touch with us 24 hours from now and made a report to Joey's supervisor. In the meantime my own insurance agent called to advise me that Joey had informed her today after he and I spoke that he could not process until he found someone to tell him my SUV was totaled or fixable and that could take a week to 10 days for that report. The MVC was 3/16/18 we are 10 days since the accident. We like others have limited income to replace my vehicle that was paid for and to replace what we had is over 5k yes it may be older but the engine was rebuilt and expected to go another 100k miles. I am just upset that this happened to us as I have had major back surgery back in June and to have someone say they thought they were stepping on the brake and come flying out of a post office parking lot directly into me the drivers side of the car and keep going was unbelievable and terrifying. Thank you for your time. Michael and Lauri Snyder cell530-624-3739, home [protected]

A policy was written for myself and my daughter two years ago while she was under age. She aged out and got...

I cancelled the policy before it the coverage started, shortly after I got it. I have been calling about the status of my refund for weeks, and every person I speak with gives me a different answer on when they will process the refund and how long till the money is reinstated into my account. I have been assured by 3 different people that it has in fact been cleared and been given a date on when I should see it reflected in my account. Day comes and nothing. I've file a complaint with corporate and informed then I was also filing a complaint against the company on the State. The same person who told me it would take an aditional 16 business days according to company policy, sudenly found a way to release my refund the same day, and to expect my money within 24 hours. I was then called with an apology regarding the poor customer service and assured me she would informed each of the individuals supervisors regarding their poor service, which I call straight up lying and deniying service. I asked for proof, she told me she could only provide and emai detailing the actions she took. I called again to check, since Ive been lied every step of the way, only to be told my refund is on hold.

Lets start about a year ago. I started get a letter from you title office requesting the vin number from the...

Bryan My name is Katrieva Jones Munroe and I have emailed Adam Henry, an NationWide insurance claim...

Nationwide Mutual Insurance
27
%
Not bad, but could've been way better. This company does respond, but not as often as you'd expect them to.