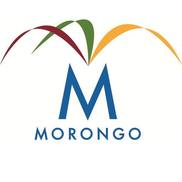 A hotel employee gave access to a person that was in my room the night before. I told him to leave n after I...

As I attended your Casino Morongo on Monday, Veteran's Day, November 11, 2019 most of the morning and...

There is an African American cocktail waitress with an attitude problem.
I simply went up to her and asked for bottle of water, did say thank you but she obviously didnt hear. She snatches the bottle water from my hand and says "you need to say thank you".
First off, not my problem your ignorant waitress has a hearing problem.
Second, you guys are a casino that falls under hospitality management industry; don't try to be a preschool teacher trying to teach people to have manners. Just do your job and serve drinks. Do NOT ever snatch anything from a customer's hands. Know your place please.

I went to Morongo for my 19th birthday, I booked a room online. Once I got there to check in I was told under...

I had a jackpot and nobody came to help me for 30 minutes. And I asked cocktail girl what happen for thi...

It's about my favorite Slot Channel NG SLOT . He been coming to your casino for few years .He spent ten...

It's frustrating when you come on down to a "fun place" with your family wife and kids and get kicked out by...

I am so disappointed with Morongo Casino, I'm here at the casino alot and uses my card, I was told by a...

My family and I went to go to this casino for the first time to celebrate my 21st birthday, and generally we were having a good time, eating at the buffet and playing the slots. While we were playing at some machines, my parents and older relatives started to chat with a friendly guard about our experience so far at the casino. My cousin, who is twenty, was on her phone sitting at a nearby machine. Her ID was checked and confirmed by the guard chatting with my relatives. In short, the older adults were having their own conversation, and my cousin was just sitting nearby.
Then, another guard approaches my cousin to reprimand her for resting her feet on the machine and being on her phone while the older adults and the friendly guard were conversing. My cousin quickly apologized for resting her feet on the machine, yet the guard emphatically insisted that her being on her phone while our elders were talking was "disrespectful". Despite more apologies, and the friendly guard's repeated assurance that she was not part of the conversation and that she was of age to be on the floor, he continued to aggressively insist that she was disrespectful, according to his "observations." Naturally, my parents and older relatives were very insulted and our first experience at Morongo ended on a very sour note.
Perhaps the guard first approached my cousin with good intentions, but I believe he had no right to accuse my cousin, or any of my family members, of being "disrespectful", especially over a matter as insignificant as a young woman not joining a conversation that she wasn't a part of in the first place. I find it very "disrespectful" to reproach a person over a biased generalized "observation." The reason I am posting this matter is to bring awareness this situation, and to hopefully prevent other similar incidents.

(This incident occurred at the perimeter of the floor at around 8:30 at night on August 24, at the machines past the food court, next to the chinese guard dog statue and the security guard station closest to the food court.)

I lost already $400.00 Plus Dollars during my stay at the Casino, and move to other slot machine. After our dinner, I moved to another slot machine w/double, double machine. At around past 8:15 PM when I played this slot machine I hit the double, double, double at the bottom which suppose to give 2, 500 quarters equivalent to $625.00 which I supposed I won. I called the supervisor and she sAID the machine is out order and called the mechanic. The inspect the machine but no reply except the machine is ok and no reply. They just ignored it, that means casino is cheating the player. I tooka picture from my cell phone. I left #go Casino unhappy that this casino is a cheater. The following morning I sent an email to the management but no reply. I spoke to the manager Ms. Kimberly Gladley, she is going to return her call but no response. I sent another email still no response. What I can do/ I have to publish to the Asian News that Casino #go cheated casino player without paying it.?

Morongo Casino Resort & Spa
Doing nothing would be this company's favorite pastime, if they had the energy for it.