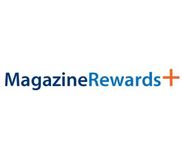 Having problems with Magazine Rewards Plus?

I purchased Clothes from Avenue and the cashier said that I raised enough points to receive three different magazines for three months. She showed me the phone number on my receipt to cancel at anytime well when I called it was just a voice system. I tried every option to cancel my subscription
but the system was programmed to "not understand" what my commands were. They used my debit card number information that I used to buy the clothes and charged me $54.03 for these three magazines. They used trickery to steal my money.

I did not join. Any frp member,! I did n't give permission for anybody to take money out of my bank! Please...

Wow! Someone needs to stop this scam! I ordered a product called clear tv from a tv commercial (Not qvc; shop...

The complaint has been investigated and
resolved to the customer's satisfaction
Resolved Magazine Rewards — Steal money, bad service

This is a scam!! Do not fall in it!!! I saw this advertising on travelocity, they were offering $25 cash back and $25 gift card for amazon. I called, was persuaded by the representative to register, after I gave my credit card number I did not have a good feeling about it, the rep could not give me a straight answer, all she could say was "you will receive a notice in 14 days at that point you can cancel or continue subscription" and she kept repeating that with every question I asked. When I asked her I wanted to cancel, she said she could not do it at that point, she said to call a [protected]. I called the number and when I entered the phone# I called from as asked by the voice operator, the called went dead. I tried 3x with no luck.
I called my credit card company, explain the situation. My credit card company called magazine rewards with me on the line, we spoke with a representative (Amisha) who advised I had to wait from 5-6 business days for the system to have my information, they did not have it so soon (???).
Four weeks went by, I never received the notice in the mail but my credit card was charged the $19.95 (And would continue charging every month). My credit card company called magazine rewards again. We spoke with another rep (Cary) and explained we had spoken to amisha in the past, cary said there was no one by the name of amisha. I was able to cancel the subscription but they still kept the 1st payment of $19.95 because as cary said there was no record of my previous call.
My credit card company gave me credit since I had opened a dispute claim with them from the beginning. The 2 representatives from magazine rewards were rude and sounded like they did not want to deal with me. Cary hung up the phone in the middle of the conversation.
Once you subscribe, they say you will receive a notice by mail in 14 days, at that point you decide if you want to keep the subscription. If the magazines are received in 4-6 weeks, how can you tell if you like the magazines when you have not received them at the time you have to make your decision? This whole deal is a rip off. I am very lucky to have capital one as my credit card company, they were excellent in resolving this issue.
And by the way, there was never a mention of the $25 cash back or the $25 gift card for amazon. Beware, stay away from magazine rewards.

They have fraudulently billed my credit card for a subscription that I did not place. As I explained to the...

I was given this e-mail address to tell you my problem
I purchased this rewards thinking I was getting a package in the mail to tell me how to get my $50.00 walmart card..which I understand my time is over...I have been paying for this rewards club since August with no walmart card...I would appreciate it very much if you would please send it to me..I bought the Food Lovers diet and this magazine rewards also I would like to keep this, but with out my walmart card I do not see why I should.. thanks for your time...
Arla Jean Butts
836 Aberdeen Street
Akron, Ohio 44310 e-mail [protected]@yahoo.com

I called into file a claim with my furniture warrarty company and was transferred to Magazine Reward Center for a "promotional offer" and gift card from Walmart. I know if something sounds to good to be true it is and I actually thought about signing up for it... I guess they caught me in a moment of weakness. They offered me a 30-day trial of their service (catch #1 you don't even get a magazine within 30 days, so the caches of you really canceling within the first 30-days are rare). The service was 3 magazine subscriptions, coupon offers and a $50 gift card to Walmart - you see as he explained publishers want people back to magazines because they have lost so many due to the internet. The cost is 4 payments of $74.95 and the first charge will be made at day 30. He kept saying over and over that I should try the offer and take advantage of the gift card and then cancel before the trial is over.

I asked him how the process worked and he said that I would get a welcome packet, then I needed to send that in, then I would get the gift card, then the magazines. Hummmm... sounds like the process would take a longer than 30 days. I started to give him my credit card while I was doing a search for the company online and found many other people who had been conned at retail stores into signing up for a Free trial and then were charged large sums of money for magazine subscriptions they never received and then were not able to cancel.

I decided not to go through with the transaction and did not give him the rest of my information. I called my credit card company and warned them that I did not approve any charges coming through and they noted my account and told me if my account was charged to call back and dispute the charges.

Please watch out for this company - do not sign-up for their program.

The complaint has been investigated and
resolved to the customer's satisfaction
Resolved Magazine Rewards Center — charged, never revieved, can't contact

Hastled into signing up for 3 "free month subscription" which never arrived. Then, my credit card was charged...

They are charging me more then what a yrs subscription would cost if i was to order it throw the publisher...

Magazine Rewards Plus
38
%
This company is on the right track to keep up with incoming complaints, but there's still plenty of work to do.