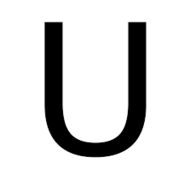 Having problems with United Readers Service?

United Readers Service — offering of publications and refusing to cancel

My sister is a severely ill elder on a limited income who cannot even read anymore! She has the beginnings of dementia. She was unable to fully comprehend the cancellation policy at the time of offering, which I believe was in December 2017. I currently have financial Power of Attorney for her, which was given to me in May 2018, because she is unable to efficiently handle her finances. She provided her credit card number to United Readers' Service and it is being taken out, via her checking account, every month. They have refused to let her cancel. Other than changing her credit card (which she has had to do several times due to her mishandling of her funds), I am unsure what to do. I have reached out to them in an email requesting cancellation one more time. I will update this complaint if and when I hear from them.

I have been trying to cancel my subscriptions from United Readers. I have no option to cancel or at least to...

It all started in the end of January 2017 that they started calling my house phone saying I owe them money and I need to pay $200 for cancellation. First I did not have any subscription to their company for any magazines and second they constantly spam calling Monday through Friday. Like the other complaints they somehow have your information so I ended up paying it because I was tired of the calls and was told that I am suppose to get a letter in mail for the cancellation WHICH I NEVER received. Matter of fact the charge was all the way from Canada but calls are from the U.S. Then they decide to call again in July 2017 asking for money again, this been going on for a long time and this needs to stop and I want my peace and money back!

United Reader Service — All around bad

After being laid off from my job I was desperate for a job. So I came across united readers services and got...

I was called last August and the young lady got me to agree to a 2 year subscription with only 6 months of payments. When I got billed on month 7 I called and asked why they were still billing me. The lady said I agreed to pay for 2 years. I was furious and hung up on her. Several weeks later I got another call from them asking for payment. I told her I would have never agreed to pay $40 per month for 2 years for magazines. She proceeded to play the recorded portion of my original conversation. This was shocking because one of the questions I was asked during the original call was "How many months is my subscription for?" I answered 24. When I listened to the recording this time that questions was changed to "How many payments will you make?" the answer 24. That is absolutely ridiculous and I advise no one ever enter into any kind of agreement with this company. If you would like magazine subscriptions go directly to the publisher. They will give you a fair and honest deal. Even though I am appalled by their business practices I will most likely not pursue any actions as I already canceled my credit card and they do not have my SSN to effect my credit. Be very wary this is truly a SCAM!!!

United Reader's Service. — Have asked company to cancell my subscription before they began to send them.

I am Lariel Gerard and I was sent a Sweepstake package-Order Reference # AL-[protected] on September 1, 2012 for which Pentagon Federal Credit Card company has been helping me to cancel since September 4, 2012 but I got more magazines today in the mail even though I sent back all mail marked cancel I do not want this subscription. My home phone is [protected].This appears to be a scam.My PO Box is 7927 Sunny Isle, C'sted St. Croix USVI.My email is [protected]@yahoo.com I hope you can help me.

The complaint has been investigated and
resolved to the customer's satisfaction
Resolved United Readers Service INC. — Call saying I owed money and turn my over to a correct agency

I got mixed up with this company about three years ago it took my two years to pay them off. Now they are calling me and threatening to turn my over to a collect agency. I paid them off last years I have all my check stubs. I am really tired of all the phone call and being mean to me and my family on the phone.

United Readers Service has taken advantage of my mother who is a stroke victim and has Alzheimer’s by continuously calling her and subscribing her to numerous magazines. When we tried to cancel the service, they denied by saying the fees were in collection status. They went as far as to call me, her daughter, and tried to enlist me in giving them her number which I had to change due to their harassment. When I asked them to not call me again, they told me that my MOTHER gave them permission to call me and that she gave them my phone number, etc. Personally, I don’t know how this could be true as my mother doesn’t even know my phone number. I believe they got my name from her credit report and looked me up. I asked them again to please not call me or I would report them to the Florida State Attorney’s office and the Florida Division of Consumer Services. They told me I “could not do that.”

These phone marketers are vampires seeking blood. They are trained to seek out the sick, elderly and special needs individuals and then take them to the cleaners. Please beware of these terrible people.

I was contacted by United Readers by phone and was told that I could pick 6 magazines from their list. I...

My name is Mrs.Hope and I need to tell you that is not a scam. I went to the small claims court out in FL and they were right. I was just like you people, always getting those annoying phone calls and finally the letter came saying that I had to go to court. I went and they played the voice recording that they had of me and I had lost my case. Again people THIS IS NOT SCAM. Instead of paying the 499.89 settlement fee that was asked to close down the account, I ended up paying almost 6, 000$ in court fees.

I wish I had listened to the girl who had called me, because she was NOT lying.

Just pay the settlement fee instead of losing thousands of dollars.

I received a call from Amera with USA Collection Agency regards United Readers Service. (URS). They said that...

I was told I would have 1 payment of $39.90 for a subsscription for 7 magazines for 4 years.
They had our conversation recorded. I was very careful to listen because I did not want to be misled.

They say I agreed to pay $ 39.90 for 24 months instead of just 1 payment. I know I did not agree to 24 payments. I believe they altered the phone recording.

They will not cancel the subscription.

This company is nothing but a SCAM!!!

Please make sure you do a google search for "United Readers Service" as there have been many complaint...

I read several other peoples stories and it all sounds the same. These people are scamming you! I never...

after receiving 8 calls in a hour for their magazines, I noticed 2 unauthorized charges on my account. I had...

I was given fraudulent information regarding a sweepstakes to be drawn on 10/2/08. I only subscribed to thi...

I recieved a rather rud phone call from USA Collections on behalf of United Reader Services. The collections person "John Stinton" stated that they are calling to collect on an account I supposedly opend with United Reader Services on July of 2006 for magazines on a credit card of min. I try exmplaining to him that I did not open such an account and that there has never been a charge on this card of mine for this alleged account. Of coarse he starts telling me I am reasponsible and getting rude. I explain that I have statements showing no such charges on this account. Of coarse I request his phone number so that I can gather all of my statements for that year proving I did not open an account. The number he gave me is of coarse not to his company. He did threaten that if I don't pay he will have to report it affecting my credit score. I was hoping that if anyone has dealt with this company if they could provide me with any insight that they may have on how they may have resolved their problem. Any insight would be greatly appreciated.

Recently I received a telephone call from "U.S. Collections" informing me that I owed something like $900 in...

United Readers call claiming that money is owed on a magazine subscription. I have NO subscriptions to ANY...

United Readers Service
47
%
This company is on the right track to keep up with incoming complaints, but there's still plenty of work to do.