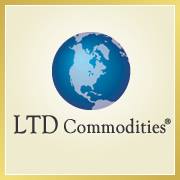 Having problems with LTD Commodities?

This complaint is actually about the people who write these complaints. Whenever you purchase merchandise from anywhere you should as an adult, inform yourself of the policies of a company. If they request prepayment of your order, thats only logical that they don't hold the merchandise till they receive payment. I have ad good experiences with LTD. Shipping i know is based on weight as well as destination and I have made myself informed of what LTD policies are. They have multiple warehouses that they ship from. while some company's quote shipping and handling they don't. If you want the merchandise then you have to deal with that. As for merchandise that is out of stock, that can happen anywhere...

Bought a "mirrored" wall sconce from ABC Distributing about a month ago. I was amazed they could not give me a shipping amount. I was going to cancel the order but could not find any way of doing it on their website. However, I paid by PayPal and it looked like the process did not go through. So, I figured they would just not send it to me. Case closed.

Well, I received my item today, September 24, 2008. I opened it and was confused because where the mirrors should be there are what looks like pieces of cheap brushed metal, most of which are scratched up. I searched the entire package looking for the mirrors thinking they must have packed them separately. Nope. What a cheap piece of junk. I'm debating on whether or not to return this crap. It might cost me more to send it back than what I paid. And who knows if I will actually get credit. Buyer beware of ABC Distributing.

I wanted to do Christmas shopping since this catalog had such great things and low prices... but some of the things aren't worth the low price. The biggest thing is they ship your order in many different shipments so you end up paying many different shipping costs.

I'm disabled and can't get out much so on-line shopping is great for me, but I'll look elsewhere from now on. I can't afford to pay for shipping more than once and I ended up paying 4 times on just 7 items.

If they would give you the option of waiting until all the items are in stalk before shipping the order it would be much cheaper.

For the first time ever I decided to purchase early Christmas gifts from a catalog. I chose LTD Commoditie...

I ordered one product from LTD on the first day of July, it is now the 3 of September and my item is still on backorder!!! I ordered the item for my fathers birthday and now I’m just hoping that I have the *** thing by Christmas!!! This is the most ridiculous thing I have ever seen!! I really don’t see myself ordering from them again! They just really don’t seem to care if a consumer is satisfied or not! The item I ordered can not be that popular!!! This is the first and last time that ever order from them!!!

After reading everyone’s reviews, I concur completely. Here's an example of the scam they are...

I have been dealing with abc distributing for years. Their company rips people off. I can tell you at least half a dozen stories of people who were ripped off by them but here is my story. My roommate told me about abc. We decided to place a large order for some t-shirts and resell them online and in our weekend vendor store. We placed an order of 100 dollars worth of biker, sports and men’s t-shirts. They were all under 9 bucks each and some shirts were 3 dollars each on clearance. What a great deal because we were going to resell them for about 10 bucks each. We placed the order and I started to receive the items, only ABC decided to ship one to two shirts at a time! It took them 4 months to ship all the shirts!! Each with a shipping charge of at least 8 dollars or more. When all was said and done the shipping charges on all the items were over 200 dollars!! My co-owner and I decided to pay the invoice for the shirts but only to pay shipping charges on ONE shipment, because the items could have easily been shipped in one big box. I contacted their consumer number, a toll call. I was on hold for 30 mins before someone picked up, hardly spoke English and told me that a mgr, would have to call me back. I started to receive demands for payment and they blew up my phone with their pre-recorded messages demanding payment. Never did I receive a call about the shipping charges. Finally, I called again, the lady I spoke to said they have no control over shipments and they ship things as they see fit. Well, I refused to send the payment for the excess shipping. They continued to call and demand payment. Now, this is where it gets crazy, about 5 months after all of this was said and done, we started to get more orders from them for the same items we ordered before! We did NOT place another order, but they started sending the same t-shirts, same order again and again. I called the company but they left me with an answering machine. I left many many messages and no one called us back. Three WEEKS later, we started to receive MORE shirts, the same order kept being sent to us like a Groundhog Day movie!

I tried again to call these idiots and let them know and they never called back. So after all this time we received THREE of the same orders back to back. I want to return these items but I will be damned if I pay to ship them back. It is their mistake. To this day the items sit waiting for someone to call me back and tell me what to do with all this crap they sent again and again. The only calls I receive are from their collections dept who claim they have no idea about the extra orders or shipping charges. Do NOT order from this company, they are not only rip off artist but they are crazy!

The complaint has been investigated and
resolved to the customer's satisfaction
Resolved ABC Distributing — scam charges!

In May of 2007 I placed an order with ABC DISTRIBUTING and payed the full amount. After about a month after...

I placed my order on August 31st. I quickly learned that LTD Commodities does not give you a complete total...

LTD Commodities
59
%
This company definitely cares about its customers and responds to overwhelming majority of complaints.