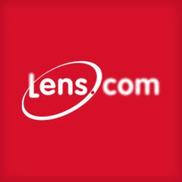 Having problems with Lens.com?

I fowarded this complaint to Lens.com and the Better Business Bureau on 2/4...

Do not buy from this company. They are dishonest and sleazy. They add a service charge in addition to shipping charges. It's ok for them to do this but the problem is you do not realize they are doing it. The service charge simply appears in the total. So for example, you buy two boxes of contacts at $25 each. You would expect the total to be $50 but it's not. Instead it's 6.5% higher. You may not realize this when placing the order and they don't tell you. They advertise low prices but then deceptively add on this 6.5% surcharge to unsuspecting customers. They have refused to change this deceptive practice and I'm surprised the State Attorney Generals have not caught on to this. I live in NH and have written to mine. Hope if you had a similar experience in your state you do the same.

This was a great experience. I had some problems reading my prescription but I called the customer service and was connected to a live human instantly! The customer service rep (Karen) was very friendly and knowledgeable she answered all of my questions and helped me placed my order. I also got an e-mail telling me that the order has shipped, which is very helpful if you live by yourself. I am very impressed with their service (not to mention all the money I saved) I already told my family and friends to order from lens.com

I ordered my lens on September 7th, and emailed them my RX. I will not receive them until October 7th I just found out. They were not shipped out until Sept. 29th, claiming they were on back order. I ordered my husbands lens through lensdiscounters.com and had his in 8 days from the day of order. I call Lens.com to complain and they really don't give a crap. It is just the way it is, they say. Ok, so I wish I had read this first. BUYER BEWARE<DO NOT BUY YOUR LENS FROM THEM>

Lens.com charges a 6.5% handling fee on top of their other stuff. This is not shown online, you only see the charge once the order has been delivered to you. I called the customer service rep and asked about it and all she said was that they disclose it during the order process. I went back through to find out when they disclose the charge and couldn't find it. What they do is show the contacts charge, subtrack out any coupon codes you have and then they give you a subtotal. This subtotal has the 6.5% charge added in but it never tells you that. It has an "*" next to it, but there is no place during the complete order process where they tell you what the "*" means!!! Ahhhh. It just bugs me.

Lens.com is not an honest seller. I will not do business with them. They gave out fake coupon codes to trick people to order from them. When you enter the coupon code, the shopping cart shows the coupon is accepted and shows the amount of the discount, but when you pay attention, you’ll realize the discount is not reflected in the total amount due at the end. So you thought you got a discount, but actually you DON’TI tried different coupon codes and same thing happened. ! Can’t believe they are using this kind of scam to trick their customers. Isn’t that too low?? I contacted their customer service twice by email, but have never gotten any response. I am glad I found out the issue before placing my order. Lens.com is a scam! And I’ve heard different things about how they are dishonest with their customers. Beware! I will never do business with them!

I placed a order with them .7 days later I sent a email asking about my order only to be told that it was backed ordered and could take 7 to 10 days. The website says that Lens.com have great customer service, are fast, conventent and easy.I think that these statements misled me to use their service.
Nothing about my order falls in line with those statements.
I purchased my contacts from a different seller www.coastalcontacts.com and received them in 3 days.

On 11/17/2007, I ordered Toric lenses from LENS.COM - their website states great customer service. In MID DECEMBER, I called because I had not received the contacts or any e-mail or information on the status of my order. When I called, I was told that the Toric lenses take longer - understandable - but they should be done processing by the end of the week. Christmas went by - New Years went by - still no contacts. I called again the first week of JANUARY, and was told again that the Toric lenses take longer. I asked where on the website does it state that it can take up to 7 WEEKS for my order to be filled. I was told that I would be sent some information - I never received anything.

Today, I called AGAIN to check the status of my contacts (I've been wearing the same set for 9 weeks now), and was told the same thing...Toric lenses can take longer. When I asked the same question again - where on your website does it state that - I started receiving an ATTITUDE from the rep. I then asked when can I expect my lenses, why is it taking so long, and that I needed this information so I can make a judgment call on whether I was going to cancel my order and order from someone else, or just wait. She said that the lenses are non-refundable, and the order can not be canceled. That's when I wanted to verify with her that although the website touts GREAT CUSTOMER SERVICE, when things go wrong like my order, the customer just has to suffer. THEN, SHE SAID SHE HAD ENOUGH OF THIS AND HUNG UP ON ME MID-SENTENCE! I've NEVER had to deal with this type of company - and I never will do business with them again. I've followed everything that they requested, but got the run-around then hung up on. If you like to deal with problem, unprofessional companies, then LENS.COM is for you - otherwise, I suggest you order from someone else.

ps. After calling back and asking for a supervisor, I actually got someone who SAID she was going to check the delay and get my contacts out ASAP - we'll see about that. But she didn't seem surprised when I told her of the reps actions - I guess they are just 'used to it'.

No delivery and poor service

I had a very similar experience as the other complaints. First my order was canceled without being informed...

I am having the the most difficult time in obtaining my contact lenses. I paid a Fed-ex charge twice. First it took a week to receive them, the wrong prescription. I had to pay a Fed-ex price again and am now waiting over another week and they so far are unable to give me a tracking number or information as to the status of my order. And they refuse to give me a refund. They are both incompetant and have poor service.

No lenses - no response from customer service reps!

I ordered contact lenses and paid a premium so they would be delivered quicker. That was a month ago - they...

Rude and derogatory customer service. They do not respect legitimate complaints and do not follow their stated guarantee. "We also guarantee that all contact lenses will be delivered free of any manufacturer defects or we will replace them at no additional cost." I was rudely advised that something was wrong with my eye when I advised them of some defective lenses. My optometrist confirmed that my eyes were healthy and the lens.com supplied lenses were defective. They refused to provide a refund and I was told by their representative that in the 10 years of service she's given she's never heard of a partial packet of lenses being defective... they also didn't bother answering my initial email, so if you have a problem you'll need to call them for service.

Lens.com
26
%
Not bad, but could've been way better. This company does respond, but not as often as you'd expect them to.