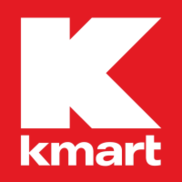 Having problems with Kmart?

My aunt passed away about two weeks ago. We have been going through her things and found several items to be...

Today I went to my local Kmart store (745 Quentin, Lebanon, PA) to purchase some items. When I came in I...

I work at kmart as a cashier. I am 18 years old. I have asked multiple times for my hours to be cut down because of school and nothing has been done about it. i'm working friday-sunday. and both saturday and sunday are 8 hour shifts. i'm only a senior in high school. it's ridiculous. and the soft lines manger is VERY rude. example: a customer asked me to call someone for help with a trampoline yesterday. i said okay. the soft line manager was the only one working. no workers were on the floor. i said "hey a customer needs help with a trampoline back there, i can't do anything because i'm a cashier." and her response was a dirty look and she said "and ?" and i was like "um you have to help her get it to her car ?" and she said "well what the hell do you want me to do about it" and this included a dirty look and an eye roll. i'm so close to quitting. this store location is awful and we all get treated like dirt.

I took my son shopping for college supplies, there was a coupon for 10% on his phone, that said to use a code at checkout to receive the 10% discount, cashier didn't know how to process it so she called Michelle over who, proceeded to tell me and the customer in line with us, who by the way wanted to use this same discount, that we couldn't use it, it had to be a printed coupon for them to scan, but the one on the phone was not a printable one. I spent $435.00 and that 10% would have been a great savings to us. She argued with us, was not very helpful or nice. I asked her to put the code in and she wouldn't, kept saying she needed a printed coupon in order for us to get reimburse for discount. She was very unprofessional with us, we just paid for our items and left, But I was very upset about this and I still would like that discount.
Really not sure why Kmart would put this coupon out there if the stores wont let you use it!

I placed an order online July 29th I have been waiting for my order to "Ship to Store" for the estimated...

My husband was issued a $12 coupon for the store in Hamilton MT. We went in today to use it. When the coupon...

My daughter had a storage while she lived with me she placed a couple of layaways in kmart and as she got them out she put those items in storage. She had queen sheets in her layaway but she switched her bed to a king. She just moved in her apartment on 08/10/18 and she tried to exchange the sheets. They said they can't do anything because it has been past 45 days so they sent her out the door with sheets she can't use. How lousy.

My name is Kathleen and today I got served by a girl who had really bad customer service skills she didn't...

My daughter and my fiance came in the store on 8/11/18, and she asked the cashier at the desk about cashing a check. Due to my daughter being 12years old, she don't have an id. My fiance which is 24 also her guardian had id to cash the check. He handed his id to the store manager and she made the smart comment you can not be her dad and laughed in his face!!! I was on the phone the whole time!! I worked in customer service and I currently do home health and I would get repermanded if I ever spoke an ignorant comment to a customer!!! Please call me to discuss further [protected]

My local Kmart on Veterans Hwy. in Metairie, LA does not carry or are out of TV trays of any sort. They carry "serving trays" which are not TV trays. I asked two sales persons and inquired at customer service as well. None of them said that they were out of stock; they were clueless (although very polite). I was seeking pretty much any wooden set. I ended up ordering them through Amazon, on-line. This was on August 6, 2018.

Yesterday and went to shop at the K-Mart in McKinleyville, California ...a store I shop in a least once a week and have shopped there since they opened years ago. The parking lot was so full of garbage...not trash, GARBAGE...and baskets. Baskets full of garbage, clothes...bags of garbage that animals had gotten into and strewn about. It really stunk and I was so grossed out I almost didn't go inside. But I did and when I got inside, workers that could have been cleaning up the mess and bringing baskets to the front, were just yacking. There are homeless that camp out in the woods adjacent to the store, which is a lot of the problem...but those same baskets and garbage were there 2 days prior! There's simply no excuse. There IS room inside the store for the baskets...so why not eliminate a lot of the problem and keep them inside so the homeless don't keep taking them...they are all over the place up in the tree area, upside down and turned over. Workers at the store need to kick in and clean up the parking area...especially to the left side of the store. Also, people camp out in their cars, homeless people...and they beg for money as you walk in. I even had a guy come up to my truck window and tap on it so he could ask for handouts. It's not the clean friendly happy experience like it used to be...it's a gross, disgusting and even scary place anymore. I hope something's done about it soon, or I won't be back. I'm 66 years old, so not just some kid trying to start trouble! I'll take pictures next time, wish I had thought to do that, you wouldn't believe it. Thanks for listening

This morning, I went to Kmart at Bay Village in Bateau Bay to purchase a new electric blanket. Mine broke...

Hello, my name is Baan Alhanoush and I tried to shop at Kmart today. I was purchasing 4 items and was going...

***** I did not order the two items, and three times I have spoken to customer service. All three times they have suggested I am returning the 2 cargo shorts and the boots I ordered...I never received them. They have acknowledged receipt of 2 pair of shorts and boots because that is what is listed on all 3 return slips. I explained what was wrong in writing on this invice also and still... done wrong. All I want is the boots and 2 pair of cargo shorts I ordered but they keep forcing a refund for only half of what I paid... $32.34. I assume this is the cost of the two pair of tshirt/short sets, I dont know but...could SOMEONE please help me get this fixed? Thank you. Rhonda M Campana [protected]

I was making a return in store 7374, West Chester, PA After waiting in line for 20 minutes for someone to...

I went to Kmart in Festus, MO on July 31st around 1:30pm. I had 4 pairs of jeans that I wanted to buy so I went to check out. The cashier's name was Taylor. I had two coupons for $7 free cash and $10 free cash if you spent $10 in apparel under my grandma's account. I didn't think about using my grandma's phone number for rewards so I entered my phone number under my account. The coupon wouldn't work so I asked her if I could change the number to my grandma's account. She said she would have to void the whole order and I told her that was fine. She then rolled her eyes and went to get the manager. The manager came and voided the order. She rang the order up again and I gave her my coupons. She advised me the two $7 free cash were the same coupon so I only had one $7 off that I could use and that the $10 free cash would go on my points. I had thought I was getting $24 off but when I found out I wasn't I asked her to remove 2 pairs of jeans. She then rolled her eyes again and said she would have to get her manager. I told her to just give me my coupon back and that I didn't want any of it since all she done was roll her eyes everytime I asked her to do something. She said all she did was ask me for my card and that she didn't roll her eyes. She went to get the manager and as she was talking to the manager she was laughing about the whole situation. I told the manager that I didn't appreciate her rolling her eyes at me and then laughing about it when she told her. All the manager said was ok sorry. It was all very unprofessional and rude. I will not be going back to Kmart in Festus and possibly not going back to any Kmart if that's how the employees act. It's a shame too because I love the deals Kmart has and love to shop there too.

My Daughter went to K Mart while on vacation in Rehobath Beach Delaware on Monday July 30th. My daughter...

After a week of waiting and holding my payment, multiple calls to customer service reps, and paying premium for shipping, they will email you 2 days after the expected delivery date that they cannot fulfill the order. My kids were bummed not to have the Little Tikes bouncer on their birthday party. They could have informed you the day after placing the order that it is no longer available, but no. Seriously, what kind of service is this?

The cashier that took care of me was the worst type of customer service that I have ever had. She took my purchase and throw it on the counter as if they were garbage. Not only did her attitude state that she didn't want to do her job she told me to figure out why my coupon didn't work. She was very rude and unprofessional. Her name is tiffany, associate # 5014 from the herald square store. Turns out she is a manager I believe. People who doesn't want to do their job should just stay home.
Purchase made 7/29/ 18. 8:48pm

Kmart
1
%
Doing nothing would be this company's favorite pastime, if they had the energy for it.