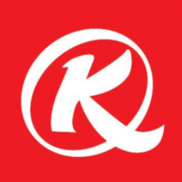 Having problems with Kenya Airways?

Following an unpleasant flight where Kenya Airways messed up my booking I arrive in Nairobi from London on 25th of December 2011 only to discover that my 10 week old baby’s push chair had been damaged during handling by the KQ ground staff. Upon complaining I am nonchalantly offered USD10 to fix the pushchair in Kenya. Explaining that the pushchair could only be repaired by a dealer authorised by the manufacturer I order to secure the warranty on it. The KQ personnel on shift explains he is not authorised to digress from the protocol of offering financial compensation for repair.As such he informs me that the matter has been referred to the Insurance department to call the next course of action and I would be contacted accordingly. I was made to sign a baggage claim form and provided a damage report that I deemed as an official record of the incident.
With no response from them I take it upon myself to contact them but to no avail. About 8 days later I get a phone call from KQ asking me to collect the pushchair which has now been repaired. Needless to say I was not only surprised but very angry with KQ for tampering with my belonging without my authorisation. And by doing so the the warranty on the pushchair compromised.

On complaining I am passed on from one to another only to be told that they are not liable for the consequences of the repair. The KQ personnel dealing with my complaint at the airport explains he didnt recall our discussion and agreement and then changes his mind and goes on to lie that I instructed him to refer the pushchair for repair. Surely why would a passenger risk leaving a valuable item in the care of an airline that damaged it in the first place? why the pushchair was left with KQ rather than returned to passenger with the monetary compensation as per KQ procedures? What was preventing the passenger from having it repaired themselves? KQ refuse to comment on this.

It has been eight weeks now and I continue to seek for a fair outcome. However the matter has been dismissed without any compensation and acknowledgment of violated warranty. Moreover KQ refuse to comment on the negligence of their staff that has led to these consequences. In spite of their legal obligations to compensate for damage of baggage in their care KQ have now denied any wrongdoing and demanded that I either accept the pushchair or it would be disposed off. I have written several emails to the customer care department including the office of the CEO in the hope that someone will intervene and I will someday get justice. I continue to wait!

I had a very bad flight experience from Monrovia to kenya on kenya airways.i was shocked to find my baggage been tampered and valuble electronics missing.after series of complaints made to the authorities there was no positive response instead i received a letter of appology.Afterwards searching the website i found that baggage pilferage is a very common issue in kenya and with kenya airways.
So my advice to all, please beaware when u travell with kenya airways and through kenya.

They only want more money and they can't give me any proof of where the puppy is or what is going on white every thing and now I must pay more money becuase they didn't told me in the first place about the Insurance on the puppy so they only want money and they do not want to do the job, the puppy is now in quarantine becuase they can tell the people every thing and it is always an hour before a flight then they want more money and I spend R10 000 to pay every time for the puppy and every time they mest up al the stuff

My name is Andrea Cacopardo. I bring to your attention this issue because I believe your company would not accept such behavior from its employees at any level and does not follow this kind of policies that are strongly lacking any business ethic.
I am currently living in Taiwan and I am going to move to Malawi for work. I am moving there and so is my family which includes a pet, a Golden Retriever of 5 months.

I came to know that Kenya Airways is pet friendly and I was happy to finally find a company that could transport my pet to Malawi with ease and without worries. That was what I thought until I contacted Kenya Airways representative in Taipei, Ms. Jen.
Besides being completely incompetent in the matter, I was astonished at what she said and she proposed during several phone calls.
But let’s come to the facts.
I first contact Kenya Airways Cargo for information about shipping the dog through a Cargo Company which cost NT$ 46.000. This is through a Cargo Company, which means that the pet does not need to be accompanied by the owner as by regulations.
However, Ms. Jen decided (going against regulations) that the pet, even if shipped through a cargo company, has to be accompanied by the owners. In few words, Ms. Jen blackmailed the fact that if the pet will ship with Kenya Airways via cargo through a cargo company the owners have to fly with Kenya Airways too or the pet won’t be accepted. I was planning to fly with Kenya Airways anyway, being the best way to get to Lilongwe from Taipei, so no harm done even if I was not happy with the tone assumed by Ms. Jen.
Besides this, though, the ticket from Taipei to Lilongwe for a person is NT$48.000, as confirmed by a travel agency in Bangkok and from my employer which bought two tickets already at that price for the same route.
However, Ms. Jen (and I am surprised that such unprofessional individual can work for Kenya Airways and be in a position of responsibility) says that the ticket for two people traveling is NT$58.000. So, in few words, Ms. Jen first forces us to travel with Kenya Airways because we ship a pet via Cargo (which should not be mandatory being the pet shipped with a cargo company and not as extra luggage); and second, she charges NT$10.000 more than the regular fair for each ticket. At this point, I would not be surprised if Ms. Jen, and I am not afraid to make such accusations, would pocket the extra NT$20.000 herself.
I personally feel tricked from a person that is blackmailing me for shipping my dog.
To complete the whole story, and to make you aware of how incompetent and careless is Ms. Jen, I was astonished to hear her saying that she is making us a favor, (wow! This woman has guts! She tries to trick me and blackmails me and she is making me a favor??? she over-charges me on the passenger tickets, and she is making us a favor?!) and to conclude she stated that the pet might die during the trip?????????? Are we serious????????????? I do not want to believe that such person not only can work in your company but that she can even speak on the phone with customers. I am outraged and I will pursue any mean possible to have this straighten up.
It is not acceptable and even thinkable that a customer receives such treatment.
As a consequence, I had to delay my trip due to this incident.
As a result, and thanks to Ms. Jen, I won’t ship my pet with Kenya Airways (since Ms. Jen stated that my pet might die) and I will never travel with Kenya Airways and I will make as much rumor possible about this incident.

I hope this complaint won’t be left unheard as it usually happens.

Kenya Airways
0
%
Doing nothing would be this company's favorite pastime, if they had the energy for it.