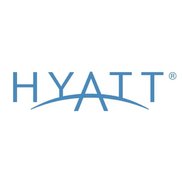 Having problems with Hyatt?

I recently stayed at the Hyatt Airport hotel in Orlando, FL. A few days after getting home the charges went through. The bill was $812.52 and should have been $715.52. After contacting the hotel, I was told I had 3 cars in valet (how?). The hotel refunded me for one of the cars $48. I called customer service and corporate offices and was told I would have to dispute the charges on my card as they were not going to refund the extra valet charges. The customer service agent Jason told me I was not telling the truth that the hotel had proof of the extra cars in valet. Corporate offices said whatever the hotel says is what goes. I would recommend finding other accommodations if going to Orlando. The hotel and staff were nice and friendly however it has been a headache after leaving. Is this really how a business is operated? It makes it worse when no one can assist you with the problem.

Hyatt
16
%
Not bad, but could've been way better. This company does respond, but not as often as you'd expect them to.