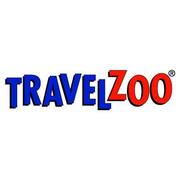 Having problems with Travelzoo?

ComplaintsBoard.com is not affiliated, associated, authorized, endorsed by, or in any way officially connected with Travelzoo Customer Service. Initial Travelzoo complaints should be directed to their team directly. You can find contact details for Travelzoo above.

Use this comments board to leave complaints and reviews about Travelzoo. Discuss the issues you have had with Travelzoo and work with their customer service team to find a resolution.

Last Oct. 2020, I purchased for two a trip to Machu Picchu in Peru. I was not told about any need for a visa (found to be not required) or any type of needed vaccinations. Upon researching, I found that yellow fever, malaria, typhoid types of vaccinations were required. My wife is not able to get those types of vaccines, so I tried today to cancel the trip. They, UTO, claims that it is not there policy to refund money collected, but offer the cost of the trip as a voucher (good for 30 months) for a future trip. I find this unacceptable and would like to know if you can assist me in recovering the cost of the trip. The trip was a total of $1796.00 of which $99 (X2) was trip insurance. would never had purchased this type of trip knowingly, if I new of the vaccines required. I think that the agent either TravelZoo or UTO would have included this in the advertisement before one would purchase this trip. Thank You, Clark Froelich [protected]@sbcglobal.net

We have a trip with Exoticca to Cambodia/Vietnam in March of this year purchased through TravelZoo. Early on...

The hotel were not interested in our complaints - that is the biggest issue. The room has a sink that fill...

RE TRAVELZOO booking Number [protected] booked through Alexander Ruiz (not trying to get him in trouble ; I need...

We recently booked a trip on the tenterden railway with an afternoon cream tea onboard, this was a day out...

7 NIghts at Longevity and Wellness Hotel

Dear Sirs
we wish to make a formal complaint with regards to the above booking.
Upon arrival at the hotel we discovered that a majority of the facilities of the hotel
The swimming pool and Spa were not open and there were a number of unfinished areas in the interior and exterior of the hotel.
This was totally unsatisfactory and we complained to the duty manager.
We were offered an alternative hotel but decided this too was not suitable.
We found an alternative hotel ourselves and after waiting many hours for the administration to be sorted out got transferred to Hotel Pestana Villa Sol in Vilamoura.
Arriving there on Sunday evening 01/09/19 We had lost a day and half of our holiday in this process.We also have transfer costs from the Longevity and Pestana totalling some 130 Euros
I hope you will agree that is totally unsatisfactory as we had confirmed with numerous emails between ourselves and the hotel and Travel zoo that everything would be ready in time for our arrival on the 31.08.19.
It was not .
Clearly we weren't the only guests who were dissatisfied after seeing a number of other guests leaving due to the lack of readiness of the hotel.
We seek some form of compensation for the disgraceful state of the hotel.Especially after we were told it was all ready.
We await your reply

BUYER BEWARE! UTO is an unorganized company that is unable to provide accurate information. We booked our...

The price of the hotel advertised as a discount is well above the normal price online. I called for a refund moments after booking and was told I was not eligible. These advertised deals are misleading and take away from the good reputation of the hotel. I would like a refund in full so I may book direct. The hotel also does not penalize for canacelation up to 24 hours prior so why the no refund policy?

Help me please. Exoticca have made a hash of our booking and now we are stuck. On 26 April I responded to...

The complaint has been investigated and
resolved to the customer's satisfaction
Resolved Travelzoo — cancelled break. reservation [protected] booked 09 april 2019

Dear Sir/Madam, I am writing regarding a recent incident. I booked a 2 night break for me and my partner...

I booked a tour from Los Angeles to Japan on UTO vacations. I received my itinerary and learned my flight to Japan would be 18 hours long. It is only a 11.5 hour flight to Japan. The tour company booked us on Air China, making fly 14 hours to China, flying past Japan, then making us pick up our luggage, go through customs in China and then taking a flight to Japan, reversing back to the direction we just came from. If that's not bad enough, they changed our flight a few hours before to an earlier, making me leave my job early and loss of income subsequently. Honestly, I would not recommend this tour company to anyone. Who wants to fly 18 hours when only 11.5 is required. We lost a whole day. What a nightmare!

Went on a spa day at this hotel following using facilities and treatment there was no where to relax. All...

The complaint has been investigated and
resolved to the customer's satisfaction
Resolved Travelzoo — https://www.travelzoo.com/uk/holidays/africa-middle-east/-149pp-marrakesh-all-inc-break-with-flights-save-54--2683921/?ec=1

Sinorama Travel Agency, located in British Columbia has recently had their license revoked!! The Consumer Protection Agency from BC contacted every person affected. After booking travel last December to travel this November, we find out that it is all cancelled and we have to try and get our money back! This is terrible!!
Travelzoo should investigate further into agencies listed prior to listing!!

The complaint has been investigated and
resolved to the customer's satisfaction
Resolved Travelzoo — waste of time, dishonest fleetway travel does not honor online booking requests

The complaint has been investigated and
resolved to the customer's satisfaction
Resolved Travelzoo — waste of time. travelzoo partners with questionable vendor, fleetway travel

Don't waste your time trying to find and actually book travel deals through this company. For over a decade...

Here is the deal I found in March, of course the link no longer works, but the title says it all...10 day...

They ordered their appetizer, drinks, and entrees and notified the waitress that they had the voucher. Three minutes later, their waitress told them they weren't allowed to order off of the regular menu, and they had a special travelzoo menu with extremely limited selections. They were completely caught off guard. My daughter in law asked the waitress if She could have their fettuccine alfredo even though it wasn't on the special Travelzoo menu. She said that she couldn't. She really didn't see anything She liked on the Travelzoo menu, but had no choice so ordered a chicken dinner. They were scared to complain at that time for fear that their food would be tampered with.

The food was ok - chicken was dry and didn't eat most of it. During their dinner, they also had to witness a patron at the bar who clearly had had too much to drink grope the hostess and spout profanities to another patron. The hostess was clearly embarrassed for his behavior because she apologized to my kids for the disruption.

When they got the bill at the end of their dinner, they decided it was not the right time to complain because the restaurant was very crowded with some large parties.

Not only did the meal they were allowed to order not add up to the promotional value of $98.90 - it didn't even come close the the $69 that I paid for the voucher. This is completely illegal to not allow a patron to order what is clearly stated on the voucher, but it is also completely unethical. What should have been a happy occasion for them to celebrate 12 years of marriage turned into a very frustrating experience. And clearly Brio's owner does not consider customer service a top priority, due to the fact that he lies on his Travelzoo voucher promotion, limits the food options to 6 items (none of them pasta - is this not an Italian restaurant?), and by blatantly ignoring my requests to discuss this situation.

My family and I will never go back to this restaurant. HORRIBLE EXPERIENCE!
I would like my money back!

Hello. Through travelzoo top20, I booked the egypt tour starting may 27th called "best of egypt...

Travelzoo
93
%
Fast & efficient, this company is head above their competitors when it comes down to taking care of their customers! Keep up the great work!