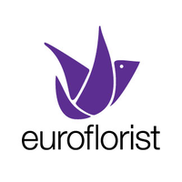 Having problems with Euroflorist Europe / EFlorist?

My flower order grand total quoted to me was $57.79 USD and was charged $67.16 USD on my credit card. I called for a $9.37 credit to my credit card but was only credited $2.43 company policy they said due to a Canadian currency exchange. What? I did business with the U.S. and not Canada and am getting the runaround. Never again will I order from e-Florist Inc.

I am based in the UK and just spent over 1oo US dollars for delivery of flowers, balloons and vase for my mother's birthday to a US address. Thoroughly disapppointed to hear that this was not what was delivered. Tried to contact their helpline - was put on hold for over 15 minutes then cut-off without explanation twice. No reply to email complaints either. Disgusted by their lack of customer service - but I am more ashamed that I relied on them to express a Happy Birthday sentiment to my Mum.

I paid $10 extra for same-day delivery. The flowers arrived two days later than the approximated delivery date. The delivery agency put someone elses name on the card, so the recipient didn't know who they were from. I was invoiced for $47 but my credit card was actually charged $53, plus a foreign transaction fee, because unbeknownst to me this "company" is outside the USA. At no point during the transaction was that ever clear. They list the prices and final transaction in USD, but because the transaction is routed through British Columbia there are "additional charges" which were not initially disclosed.

I have been on the phone with someone there for about an hour and getting absolutely nowhere. When asked about a refund she keeps responding with "We can't do that." When I ask to speak with the person who won't authorize a refund she puts me on hold for long periods of time. I've tried explaining that they cannot legally ignore formal complaints, but she doesn't seem to be getting that. I suppose I will try taking it up with my bank.

I ordered a plant online to be delivered the next day. At about noon the next day, I received an email stating the the order could not be delivered due to a problem with the credit card information. After finally getting through to them, they said that I had given them an incorrect expiration date, and they supposedly ran the order through again. Then, they said the order still wouldn't go through because the bank had put a hold on the card. They suggested I contact the bank and informed me the order could not be delivered for another day. I told them to cancel the order. My wife called the bank and we were informed that no company had tried to run an order though, meaning that e-Florist-Inc was lying to us. She left info about the company with the bank, and we will closely monitor its online use. I'm curious - has anyone ever received an order on time and at cost from this company?

E-Florist — Charged my card after I cancelled

We ordered flowers on Mother's Day and they called us the next day to let us know that couldn't deliver until the following week.. so I cancelled. They still charged my card the next day and it was $9 more plus 3.99 currency conversion charge. I called them and asked why they charged me the day after I cancelled and why is the bill higher then I expected they could only say there was a mistake and that they are not going to refund the currency exchange charge.

After getting nowhere they hung up on me?!
Very nice... I think they must be reviewed on MCafee, too.

E-Florist: I am EXTREMELY disappointed in your service. Not only did you NOT provide the plant I selected...

E-Florist Inc (e-florist-inc.com) — Avoid to order flower from them at all cost!

Looked online for local florist in Dallas, Texas and e-florist came up. I ordered the flower from them and got the confirmation/invoice with the total of $100.29. I got the credit card statement today but they charged us $112.34 which is $12 higher than original invoice. I called them and the customer service lady who had a very bad attitude claimed that the difference was from the conversion rate because they were a canadian company!!! That is unbelievable ! $12 difference!! I requested to talk to their supervisor but she claimed she was the supervisor! I told her I would call the credit card company to dispute the difference and her answer was "Go ahead!".

According to their website, they deliver the flowers in US and Canada. I find it hard to believe the final charge was much higher after they confirmed the final charges because they are a canadian company!!! That means if we order anything from a foreign company online, we can't rely on the invoice/confirmation they send over?

Avoid to order from E-Florist Inc. at all cost!!!

E-Florist-Inc — Do not order from them - it is a scam!

Looked online for local florist in Orlando, Florida and e-florist came up. I ordered Flowers for my girlfriend living next to me on May 15, 2007. I was promised next day delivery. Today is may 22 and still no flowers. I called them many times but no one answers the phone. I left 20 messages and got no returned call, I send emails and I still got no reply. Today I was finally able to reach someone. They told me my flowers were delivered. I told them that they are lying because my girlfriend lives next door and someone is always at home. When I asked them why they did not return my calls or send a reply to my emails, I was told that they were too busy. The company is out of British Columbia and they are thieves. I was promised that my flowers would be delivered today but I do not believe them because they are liars.

Euroflorist Europe / EFlorist
11
%
There is some slight activity coming from this company when it comes down to resolving complaints, but so far it's neither timely, nor relevant.