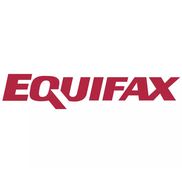 Having problems with Equifax Information Services?

Equifax is currently reporting a bankruptcy on my credit report that is not mine! I obtained a copy of the bankruptcy they are reporting - from the court - to prove it is not mine, and they will not accept it. They said they received the information from the courts. The bankruptcy court said that was not true. The use off shore low wage employees with standard script to repeat to consumers who call. I am about to be denied a mortgage because of this false entry. And they refuse to do anything about it!

Thru the years, I've had the BIG headache of Misreporting by Equifax. Showing incorrect, inaccurate...

Equifax' Credit Watch service failed to send me 10 e-mail alerts for over the course of more than a...

Stay away from equifax. Really poor customer service. You will not get what you pay for. It took over two times just to set up the account. We never got the email alerts and the customer service rep kept blaming us. When we went to cancel the service they kept telling us what we were doing wrong and would not cancel it. I ended up getting into a shouting match with the representative who kept telling me my service was working. I finally canceled the service and signed up with Identity Guard. Don't go with equifax if you want your money's worth!!

Equifax is without a doubt the most inept consumer reporting company ever allowed to stay in business. It took me 3 months to get a copy of my "free" credit report, only to find out they didn''t have my birthdate correct.(I'm over 50, don't you think they have had enough time to get it right?) When I went to file my online dispute and after I had entered all the information, and carefully checked it twice, I was informed that the online service was temporarily not working. I had spent nearly an hour filling everything out. The internet then informed me that there was a number on my report that I could call to dispute by phone. I can only find automated numbers. It is impossible to speak to a human being at any hour of the day! TransUnion and Experian were fabulous to deal with and made the appropriate changes immediately. Why is Equifax allowed to operate in such a deliberately inefficient way?

refused to cancel purchace made by mistake

While trying to get a copy of my credit report, I initially had difficulty logging in after providing them my credit card information and called Equifax support to resolve the problem. In retrospect the person was more of a sales person than tech support. He advised me to purchase the Score Watch service. While making the purchase I inadvertently ended up purchasing Equifax Identity Report.

When I realized my mistake, the Equifax person immediately transferred me to their resolution department where I was told that the purchase could not be canceled since it was for a onetime service. I didn't want the service, have not used the service, and feel cheated and deceived.

I have made a lot of online purchases and have not run into a situation like this were it was so easy to make a purchase I didn't want and not be able to cancel it.

I signed up for Equifax's Credit Watch Service with the understanding that I had 30 days of free trial service before being charged a monthly fee of $14.95. I did provide a credit card number at the time, which I expected would be charged a month later if I did not cancel the service (which was my intent). Instead, I was charged the day I signed up for the service. I realized this only after returning from a week's vacation and reconciling my bills, etc. When I called to have the charge reversed, I was told that this was impossible because the charge was applied more than 24 hours prior to my call. When the supervisor of the Customer Service rep I talked to forwarded my claim to the Billing Department, she warned me that Billing would make it very difficult for me to receive a refund. Sure enough, I received an email from "Customer Care" within a few hours denying my request, citing the fact that I should have immediately recognized the "$14.95" charge on my e-confirmation as a charge and called them right away. My misinterpretation of an email has become grounds for unlawful and unauthorized charges on my account. I will NEVER use their services again and plan on telling everyone I know to stay far away from this extremely customer-unfriendly company.

I signed up for equifax credit watch. I specifically asked for one month only. I was not told that I needed to call to cancel. As soon as I found out that I was charged a second month, I called to cancel and was told that I was going to get a reund. Months passed. I did not see any refund. So, I called again. And was told that they cannot issue a refund because there were no 'notes' and the calcellation was after 24 hours had passed. As a result, I paid an extra month I did not even use.

Equifax if they are unable to find sufficient information on your credit history WILL destroy your reputation. They will state unable to verify identity and decline even if you have NEVER claimed credit in your life. On top of this if you contact them regarding accessing your report so you can check the details they will try to sell you a monthly scheme of some sort. DO NOT TRUST THESE ###.

I cancelled my Equifax in Dec. 2008. Since that time I have been debited every month for a product/service...

Somehow I got hooked in to a subscription to an Equifax credit monitoring service. I figured I would try it for a while and see if it was useful. It wasn't. So I called in early January to cancel. I was told I would have one more bill for January and then that would be it.

So, I saw that in mid-February Equifax charged me $7.95 on my American Express card. I called the phone number given in the Amex vendor info. I was put on hold and I held and held and held. Finally AN HOUR had passed. And then someone finally answered.

It obviously was someone in an off-shore call center. I asked what I needed to do to stop my subscription because apparently it wasn't stopped. He asked if he could put me on hold. I asked why and he said he had to look at my account. Soooo, there I was on hold again!!!

He finally came back after about 5 minutes and said he needed to transfer me to another department. I told him NO... do not make me hold for another hour. He said oh it wouldn't be but 30 seconds. Then a second later he tells me, "We are updating our security system and need for you to call back tomorrow"!!!

Upon hearing that I thought I was going to have a fit... What kind of company does their "updating" at 10:30 at night when customers are calling and asks someone to call back who had already been waiting for an hour. I figured that they were just trying to make the cancellation experience so unpleasant that I would let them keep charging $7.95 to my American Express card forever.

So, I ended up calling American Express, which BTW has exceptional customer service, and a nice lady set up a chargeback for me.

So beware of starting up anything with Equifax. It is a nightmare to try to cancel it.

refuses to send me my report, has given my information to someone else, has no dispute line, won't correct numerous errors

My insurance company raised my insurance rates. I called to find out why. They said they had pulled a credit...

i just noticed that equifax was taking money from my account 2 times a month since 2006...i never signed up for anything through them or with them

website does not allow you to cancel your order

Equifax report monitoring, I have been on hold with them for over 20 minutes, their website does not allow you to cancel your order, there is no way to figure out what plan is what, it feel like everything is a trick to get you to buy more additional products.

If Equifax is obligated to remove or correct an adverse item on your credit report (ie, you paid off the...

equifax misusing it's certificate of authority

I was attempting to apply for a job in canada for a sales executive position through hotjobs yahoo. I attempted to apply for the job and equifax certificate of authority showed up???

I canceled their certificate of authority also I removed them off my content in opera web browser and internet explorer I have attempted to take equifax to arbitration twice and they have refused I submitted a notarized apostilled complaint to the local federal u.S. District court in tacoma outlining their violation of international treatys.

This place has charged my acct. Two times in the last two days a charge of $9.95 without my consent. My...

Equifax Information Services
0
%
Doing nothing would be this company's favorite pastime, if they had the energy for it.