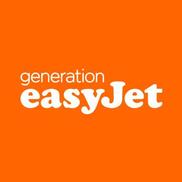 Having problems with EasyJet?

I have traveled all over Africa and have found myself in all sort of delicate situations. But my Alicante airport incident gets first prize. On Friday 30th March 2007 I attempted to check in at Alicante airport on my way to Geneva. I was 2 kilos over weight and asked to take out any heavy object from my suitcase. I asked if it was possible to make an exception since I had no hand language. I received a firm no. I realized that the check in employee was not at liberty to take that difficult decision. I did not insist but asked if the manager could come and agree to my request. The very young manager arrived and said no. I explained that I did not have a bag to put the extra 2 kilos into and if he could make an exception. At that moment I realized that he did not have the professional skills to deal with the situation as he became quite rude. I reacted by saying that I would report the matter to his boss in Luton and asked to see his badge. He immediately turned the badge around. I tried to touch his badge where upon he violently grabbed my arm and threw it back at me. He proceeded to move his 2 meters and 100 kilos once step closer to me where he told me to shut up and never ever touch him. As I am not violent and realized that the situation was getting completely out of control I obeyed and immediately took out 2 bottles from my suitcase. I then approached the check-in desk where the Easyjet manager completed humiliating me by ordering the check in girl to not check me in. I pleaded with him using a number of “Please do not do this, sir” and “Please check me in, sir”. I was completely ignored and then left stranded. Having realized that a spiteful young dictator was on the loose I tried to contact a manager in Luton or Geneva with the intelligence to put a stop to this absurd situation. By chance I had one Luton phone number in my possession since Easyjet had lost my suitcase when I arrived in Alicante. This proved to be a dead end. I then called my wife in Geneva and asked her to get hold of someone in Geneva or Luton to solve this problem. Some telephone numbers lead to answering machines and the rest to people saying “please make a complaint on the internet”. As we live close to the airport my wife got into the car and tried to find someone that could be of some sort of assistance. With luck my wife recognized a marketing director that we had seen a couple times on Swiss TV. On my wife’s mobile phone I quickly explained to this director that Easyjet would no longer talk to me or sell me a ticket and that I had no access to internet to make a reservation for the next day. Furthermore I did not have enough Euros to take a taxi to get back into Alicante. This gentleman saved my life by making a reservation for me for the next day. When I asked about taxi fares and hotel he answered that it was my problem and to be happy that I had a free ticket. As I am not a person to ask for charity I will of course pay my fare if Easyjet can prove that I was wrong. But I have a feeling that I will end up sueing them. After obtaining a “free” ticket 4 hours after the incident I proceeded to the airport police to report the Easyjet’s manager’s aggression. An hour later I left with a document describing the incident. I recommended to the police and to Easyjet (in an email to Easyjet Geneva) to verify my story by taking a look at the security camera’s footage of the incident. This experience made me think more deeply into Easyjet policies and work force. I am certainly upset with the young dictator but I am outraged at the manager that put him into this job. I have traveled quite a few times with Easyjet and I have noticed that there are only very young inexperienced persons that work with this company. It appears that there is some sort of unwritten understanding that we agree to be treated like cattle because on some occasions we are able to buy cheap tickets. What is not immediately apparent is that Easyjet pay there unqualified staff very cheaply and at any given moment disgruntled staff take revenge on their passengers who are the cause of their low salaries. As a consequence there is a high turnover of young staff which reflects on the quality of security in their planes. Easyjet have found it economically much cheaper to confront dissatisfied passengers than to employ qualified staff with higher salaries that would immediately solve 99% percent of passenger problems. It is furthermore Easyjet’s policy to make it virtually impossible for anyone to complain by phone. I have attempted to make a simple complaint by email and received an automatic answer that I would probably receive an answer in 20 days time. During this incident my wife found out that this Alicante Easyjet manager had discovered in the same day that I had pressed charges for his aggression against me. As I felt that my safety was threatened I could not sleep that night fearing that the dictator would be back the next day to carry out a new spiteful vengeance. I tried to email andy AT easyjet.com (he could be some manger) to ask him for protection but never ever received an answer. So much for security and client satisfaction. I would recommend to all future Easyjet passengers to make sure that they obtain before leaving home a phone number of an Easyjet director with the power to sort out immediately problems originating from their incompetent staff.

As with most companies nowadays, the European airline, Easy Jet, provides sub-standard customer service. My...

EasyJet
36
%
This company is on the right track to keep up with incoming complaints, but there's still plenty of work to do.